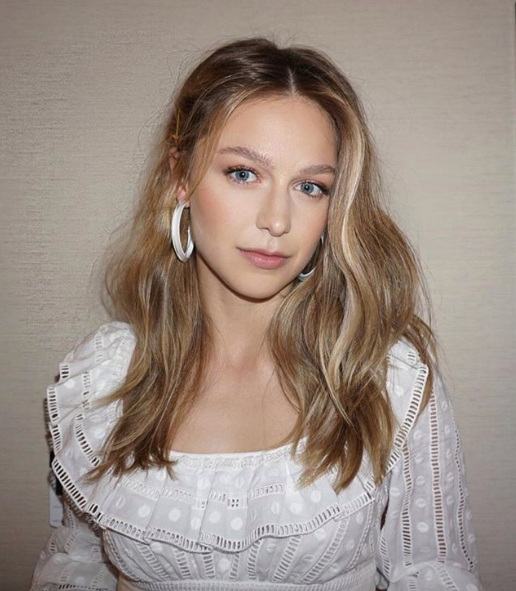 Melissa Benoist says she is a “survivor of domestic violence or intimate partner violence.”  Image: Instagram/@melissabenoist

“Supergirl” star Melissa Benoist has made an emotional revelation that she suffered from domestic abuse in a past relationship.

The actress, 31, did not name her abuser and shared details of the psychological and physical abuse she experienced in a video on Instagram last Wednesday, Nov. 27.

In the 14-minute video titled “Life Isn’t Always What It Seems,” she began, “I am a survivor of domestic violence, or IPV, intimate partner violence, which is something I never in my life expected I would say, let alone be broadcasting into the ether.”

She described the man as someone younger than she was, and that the relationship started out as friendship. “He could be charming, funny, manipulative, devious,” she said.

“He became a friend, a friend that made me laugh and feel less alone, made me feel special and worthwhile. And then once we started dating, it was a zero-to-60 catapult.”

She said the abuse started five months into the relationship when he threw a smoothie at her face. The violence escalated the longer they stayed together; she said she did not tell anyone out of shame and “fear of more attacks.”

Some graphic details of the harm done to her included being punched, head-butted and “dragged by my hair across pavement.”

An incident of her abuser throwing his phone at her face caused permanent damage to her vision.

“The impact tore my iris, nearly ruptured my eyeball, lacerated my skin and broke my nose,” she said. “My left eye swelled shut, I had a fat lip, blood was coursing down my face and I can remember immediately screaming at the top of my lungs.”

She and her then-partner covered it up together because she was scheduled for shoots and invented a “flimsy story” that they told doctors and police officers.

In 2016, she claimed that she injured her eye through a freak accident on “Tonight Show with Jimmy Fallon”; she blamed her clumsiness for hitting herself on a potted plant.

Her former partner’s jealousy of other men also caused her so much fear that she would turn down jobs, auditions and even friendships.

After a friend asked if she was a victim of domestic violence, she decided to make the choice of leaving the relationship.

Benoist was previously married to “Glee” co-star Blake Jenner, 27, from 2015 to 2017. She wed her “Supergirl” co-star Chris Wood last September.

Wood showed support for his wife on Twitter yesterday, Nov. 29, stating, “Happy Thanksgiving! I’m going to kiss my wife and hold her tenderly. All day. And every day. How do YOU show love? #IStandWithMelissa.”  /ra