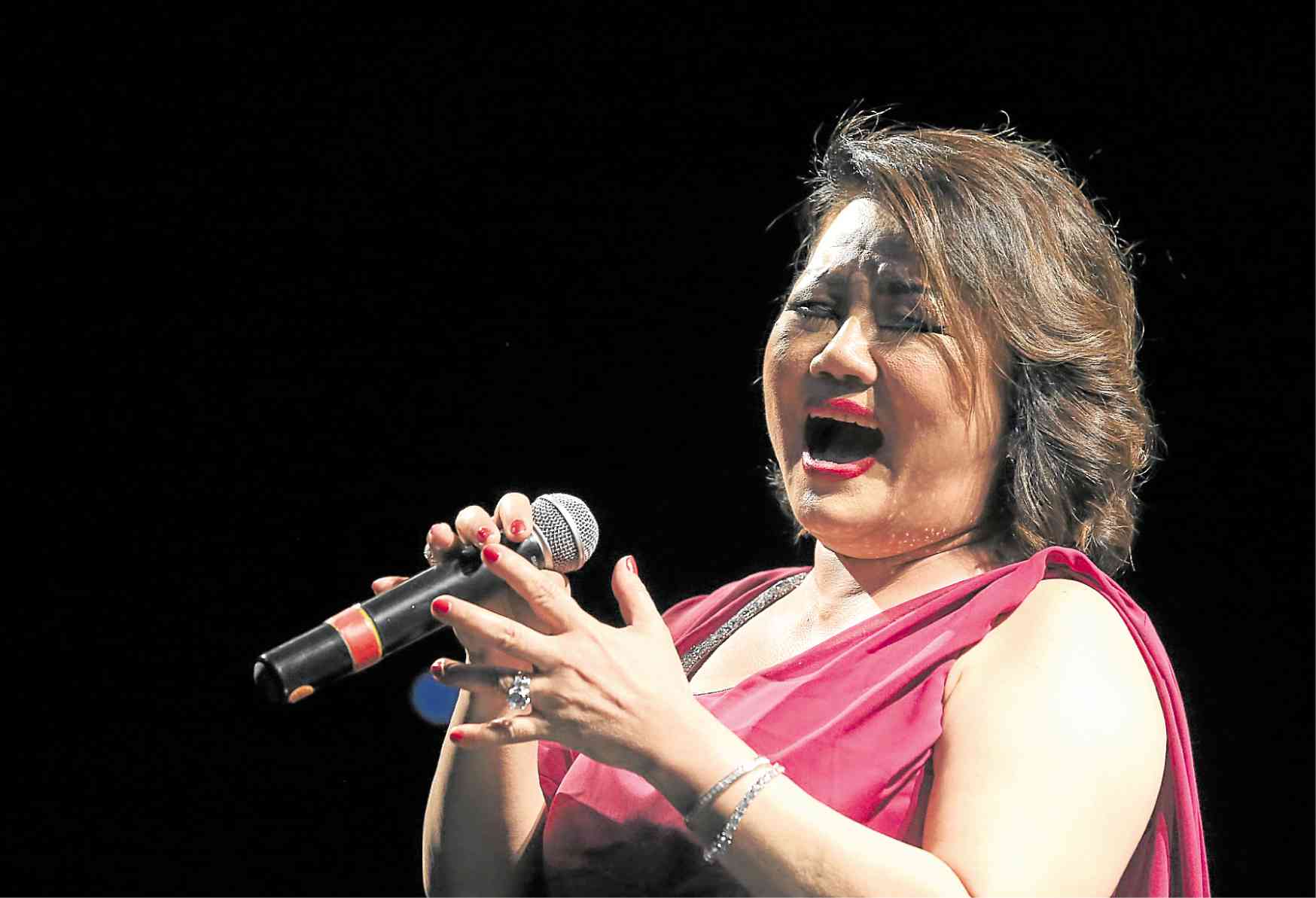 Indeed, this year’s ceremonies turned out to be the longest yet—but not without good reason. With the annual event marking its 10th anniversary, the Entertainment team gathered some of the country’s finest music and theater artists to serenade and pay tribute to all the filmmakers, actors and production workers who reaped recognitions on the world stage in the past 12 months.

Moving the Indie Bravo! from its original home, the Inquirer office’s multipurpose hall, to a bigger venue, the PowerMac Center Spotlight in Ayala Malls Circuit, proved to be a sound decision.

When you have someone like Dulce in your roster, every inch of real estate matters—all the better to contain the seismic force of her voice. 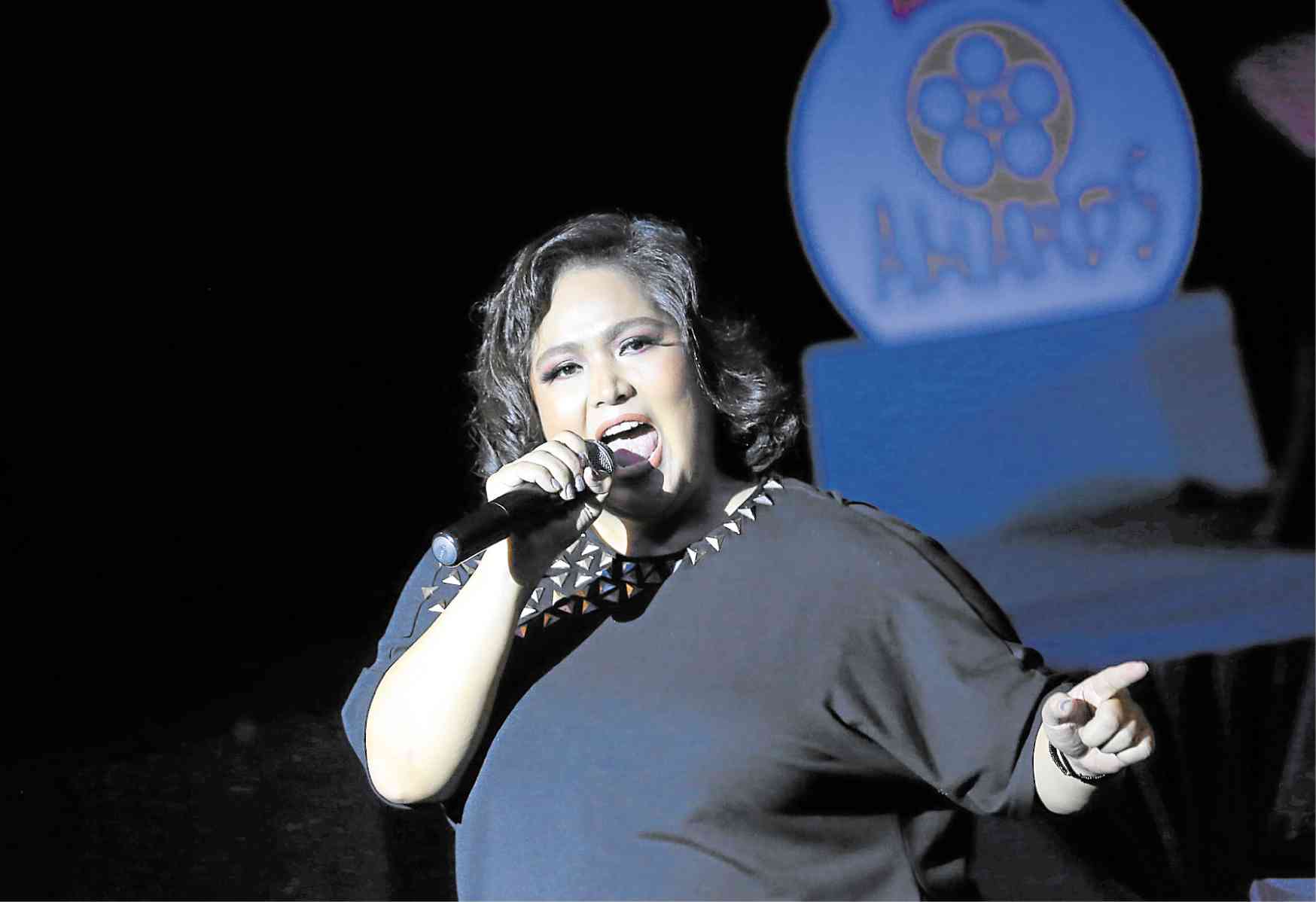 In the in memoriam segment—which honored Eddie Garcia, Tony Mabesa, Kristofer King and Mona Lisa—the diva rendered an impassioned performance of her signature song, “Maalaala Mo Kaya,” all the while casting longing glances at the slideshow featuring the said late actors.

The esteemed singer-actress Dulce—who has recently appeared in the films “Kamunggay” and “Ang Larawan,” and starred in the musicals “Katy!” and “Nasaan si Hesus?”—reemerged at the tail end of the show to once and for all bring the house down with her spine-tingling medley of classics by Rey Valera, George Canseco, Louie Ocampo and Willy Cruz.

She drew in the audience, as she weepingly caressed the songs’ tender moments, and then brought them on the edge of their seats, as her voice started to take full flight and set off ripples on the ground. Her microphone manipulation was just as alluring—making sweeping gestures with it and pulling it close to her waist without losing resonance.

And when the final note was sung, the honorees and other guests jumped out of their seats and hollered, “Bravo! Bravo!” 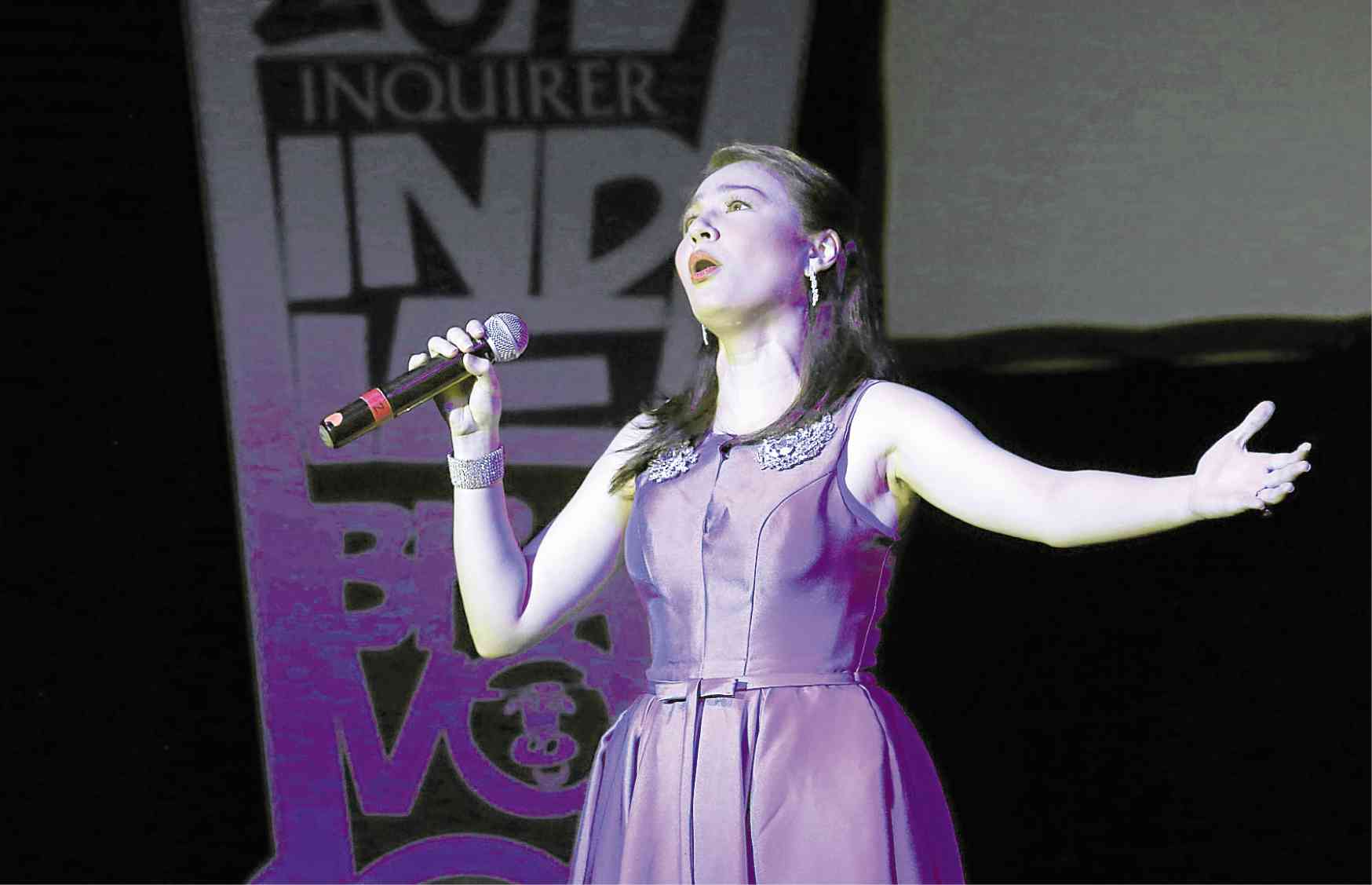 The rest of the night’s musical guests weren’t too far off.

Former Kulay member and “The Voice PH” season 1 finalist Radha Cuadrado set the night’s tone with her medley of Adele hits—“All I Ask,” “When We Were Young” and “Set Fire to the Rain”—that was alternately heartbreaking and vivacious.

Soprano Gerphil Flores, who rose to fame four years ago after finishing second runnerup and being dubbed “Asia’s Golden Girl” at the regional talent contest “Asia’s Got Talent,” delivered a sweeping, classical crossover version of Queen’s “We Are the Champions”—a song most fitting for the night’s theme.

Theater actress Celine Fabie’s voice was as mellifluous as it was hefty, and she put it on full display in her performances of “As If We Never Said Goodbye”—a loving tribute to her grandmother Mona Lisa—and of the jazzy “Hello, Joe, Goodbye.” Celine, who played Elsa in the recent staging of “Himala,” also sang “Magbalik Ka Na Mahal.”

With an acoustic guitar slung over his shoulder, theater actor and pop singer Gian Magdangal had everyone singing along and tapping their feet to his raw, bare-bones take on “Ang Huling El Bimbo” and cover of “Buwan.”

There was a glitch in Missy Maramara’s microphone. But it didn’t matter.

The theater actress’ deep, velvety tone still managed to shine through in her reading of the poem “Rain” by the Scottish writer Don Paterson. 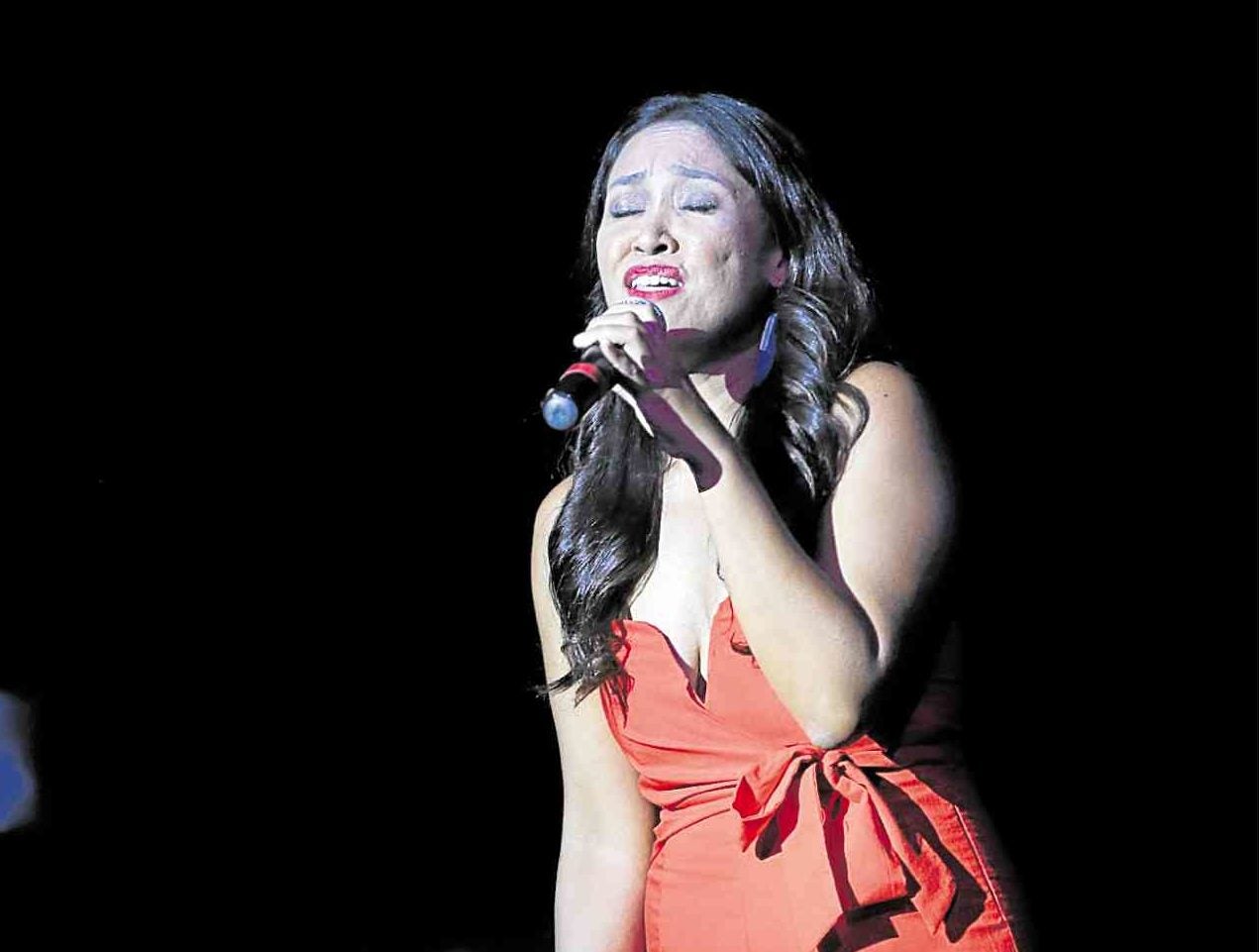 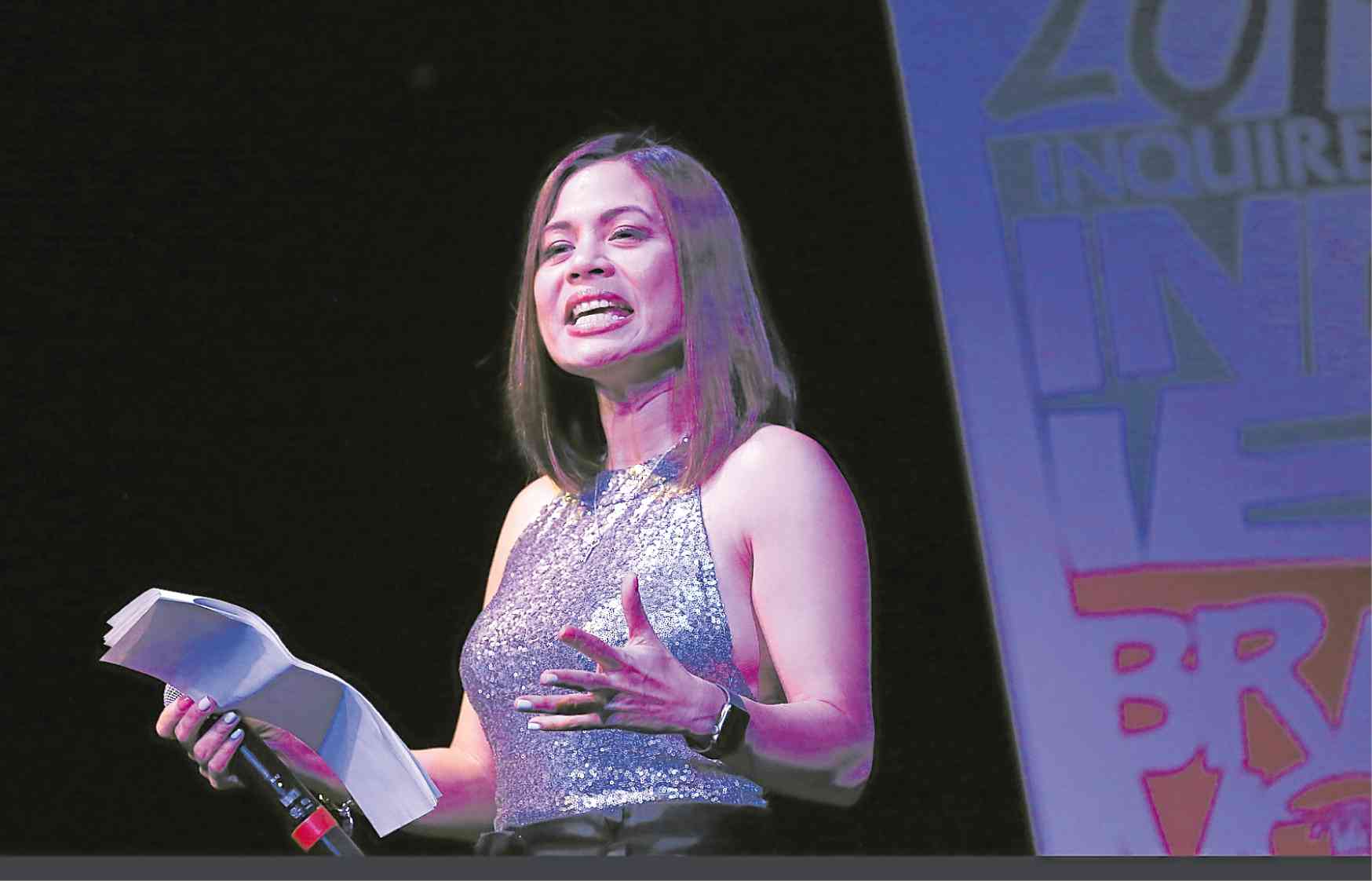 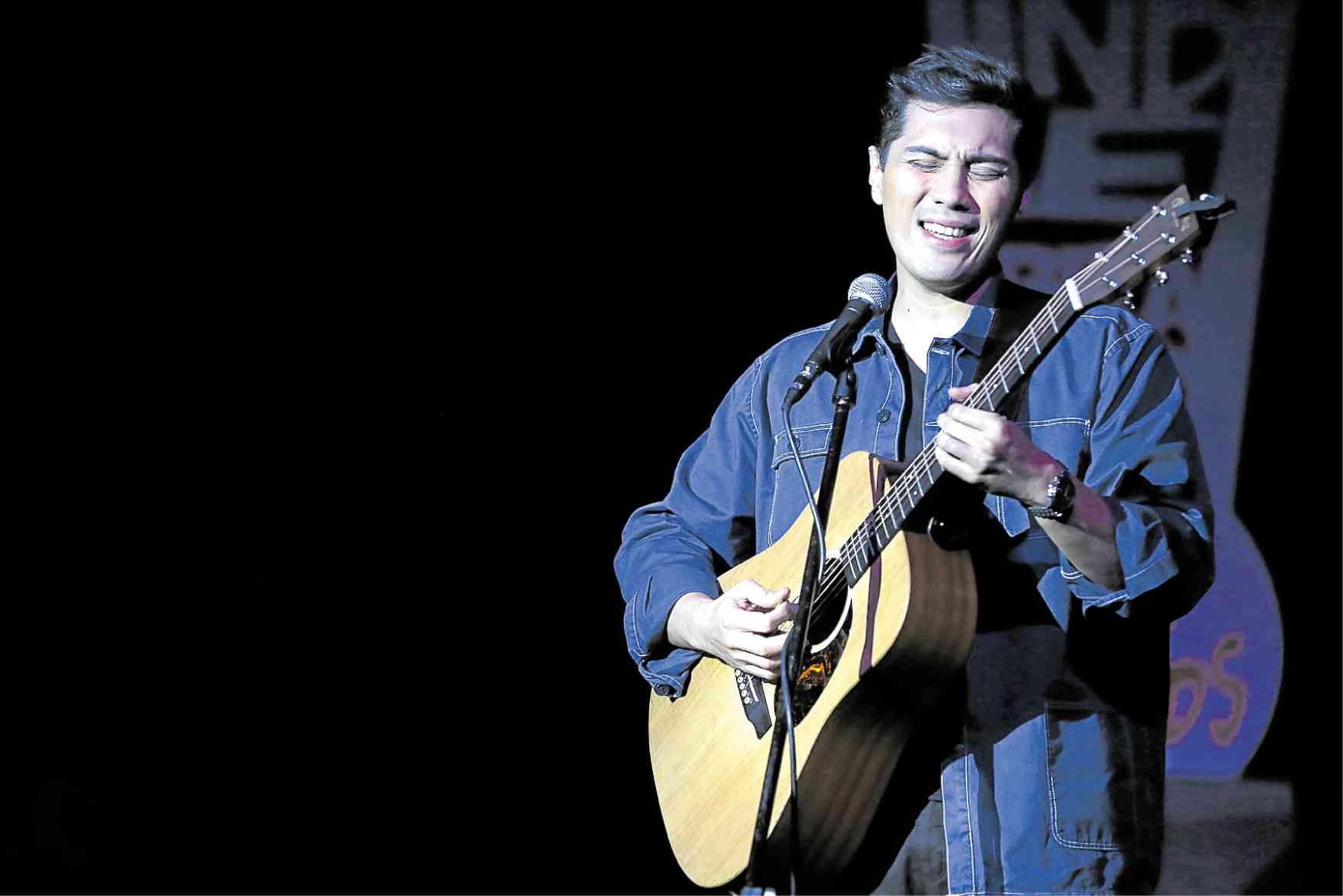