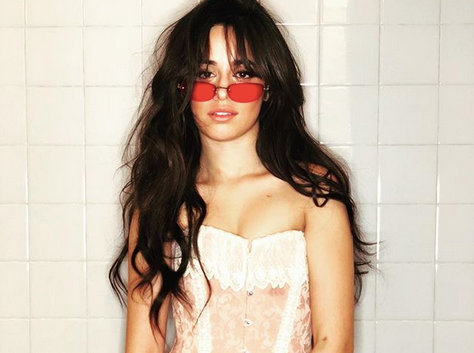 It seems the British royal family now has their eyes on Camila Cabello after the singer admitted that she stole a pencil from Kensington Palace, home to Prince William and Kate Middleton.

Cabello only stole the pencil because she was “triple doggy dared” by BBC Radio 1 host Greg James, she confessed in an interview in the latter’s show posted on Twitter last Tuesday, Nov. 26.

In the interview, James started recalling their visit at the palace when Cabello pleaded: “Don’t tell anybody what my mother and I did.” James then proceeded to tell the story.

"I am sorry William and I am sorry Kate" 😂 @KensingtonRoyal@GregJames may have got @Camila_Cabello into a bit of trouble at the Palace 👀 pic.twitter.com/aKArMdD04H

James, however, betrayed Cabello and told on her, which prompted the singer to panic and hide the pencil in her mother’s purse.

Cabello then simply told her mom, “no, he triple doggy dared me. I have to take the pencil.”

Cabello’s royal theft did not go unnoticed by the Duke and Duchess of Cambridge, however, as Kensington Palace’s official Twitter account left a subtle eye emoji in reply to BBC’s tweet.

Cabello and James visited the royal couple’s home last month to celebrate this year’s Teen Hero winners and finalists with the Duke and Duchess of Cambridge.

The Teen Hero Awards, hosted annually by BBC Radio 1, “celebrates the selfless, brave and exceptional achievements of someone aged 12-17,” as per BBC. Ian Biong/NVG

Read Next
‘We win as one’: Judy Ann, Marian, other celebs rally support for upcoming SEA Games
EDITORS' PICK
Quick chat with Nicole Andersson: ‘You really don’t need much to be happy’
IATF to LGUs: Issue ordinances vs attacks on frontliners, COVID-19 patients
Diokno to Duterte: OK to make fun of buck tooth, but focus on people’s needs first
Nograles: Cabinet members to donate 75% of monthly salary to aid COVID-19 fight
10 Filipinos positive for COVID-19 in UK, 7 in Ireland — envoy
Robredo spox thanks Duterte for defending VP’s efforts vs COVID-19
MOST READ
Gov’t mulling quarantine period extension of 15-20 more days
Sotto on Isko Moreno’s call: We do our job without the media following our every move
ADB warns PH against prolonged lockdown
Duterte fires PACC’s Luna for urging NBI to probe Robredo
Don't miss out on the latest news and information.