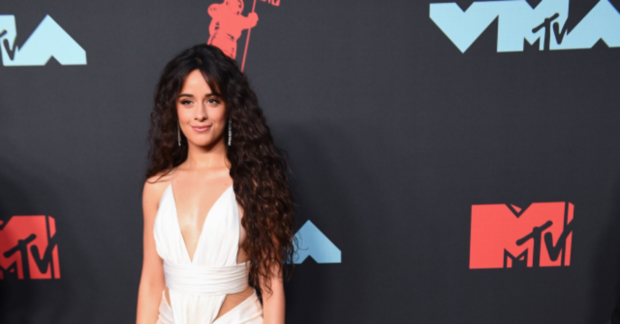 “So many mornings I woke up confused/ In my dreams I do anything I want to you/ My emotions are naked they’re taking me out of my mind/ Right now I’m shameless/ Screaming my lungs out for ya,” she sings on the spare, emotional “Shameless”, which arrived along with a music video.

The Henry Scholfield-directed clip shows Cabello crawling across the floor of a courtyard before flames appear, walking the streets in a white dress, expressing her passion to a woman priest in a Catholic confessional and dancing with a group of lookalikes in identical red dresses.

With Latin and jazz-inflected rhythms, “Liar” has a more upbeat feel, as Cabello sings about not being able to resist a lover: “I said I won’t lose control, I don’t want it/ I said I won’t get too close but I can’t stop it/ Oh no, there you go making me a liar/ Got me begging you for more/ Oh no there I go, startin’ up a fire.”

“These songs are basically the story of my life the past couple years and the stories I’ve accumulated – I knew for a long time I wanted my album to be called Romance because these stories are about falling in love,” the singer said about the songs.

A release date for “Romance” has not yet been revealed. RGA/JB