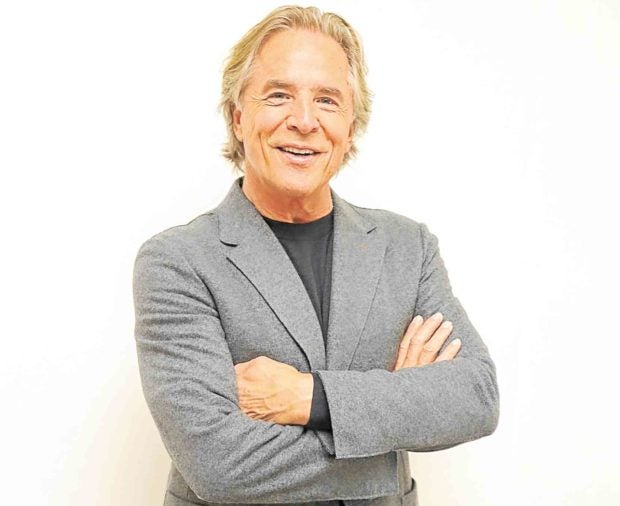 LOS ANGELES—Don Johnson may be turning 70 on Dec. 15 but he laughingly quipped that he still feels like “16 and unruly.”

Indeed, the actor may have lines on his face now and his long hair has turned silver, but he still comes across as boyish, in charm and spirit. To many of us, he will always be James “Sony” Crockett, perpetually dressed in pastels.

In this recent interview for director Rian Johnson’s star-studded comedy/crime drama, “Knives Out,” Don kept the wisecracks coming. And the twist-filled film kept us guessing, too.

You have a big birthday coming up. You are turning 70 in December. Did you ever have a midlife crisis? I had several in a row! For Christ’s sake, I married one woman twice (laughs). Wouldn’t you call that a midlife crisis?

I had a journalist once say to me, “Why did you marry Melanie Griffith the second time?” I said, “I forgot (laughs).” And now, that excuse is going to be convenient.

Do you feel your age in a way? Other than the normal little aches and pains when you get up in the morning, you go, oh well that’s new, what’s that?

How do you plan to celebrate this milestone? I didn’t think about 50 that much. Honestly, I’m not really thinking about this one that much.

I’ll see what’s in my heart at the dinner party that I am sure is being cooked up for me by my kids and family. I’ll share that with them, so it’s a special time.

For sure, you must be a more sensitive and empathetic father in real life than the character you play in “Knives Out.” What I’ve learned about being a father is, the key is to have lots of kids (laughs) so that when you have six like I do, you could have two of them very mad at you, and you are still in good shape. 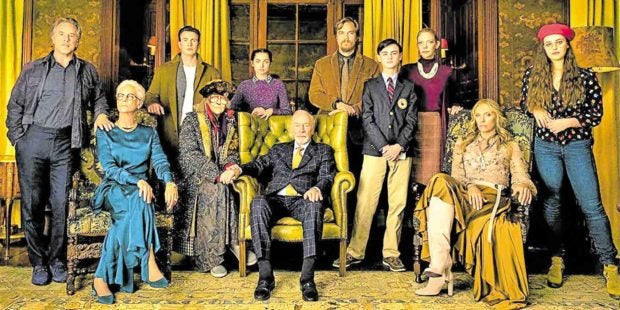 Don Johnson (left) with the stellar cast of “Knives Out” —LIONSGATE

Your family get-togethers must be interesting. I have a large family—several wives, several fathers (laughs). And lots of children. We mix and match and we all just come together.

There’s the inevitable sibling who is arguing with that sibling and won’t talk to that one … and by the end of Thanksgiving or something like that, they are best friends. It’s the craziest thing. It’s fun, fun, fun.

In April this year, you and Kelley Phleger celebrated your 20th anniversary. That’s a long marriage by Hollywood standards. That’s a long time anywhere, baby (laughs).

What keeps you together? I happen to have a moment of clarity when I met this woman that I am married to. She is a saint. I have my little freakouts here and there and she just very calmly says, “Yes, I understand that upsets you.” She treats me like I am behaving like a toddler (laughs).

I was with Bob Dylan once and you have to love Bob Dylan. I was telling him my stories.

It was when Melanie and I were married the second time. We were having some sort of marital mix-up or conflict. I was thinking that Bob Dylan might have some wisdom for me.

Bob goes, hmm, well, hmm, (imitates Dylan), “Love is about kindness, trust and respect. Isn’t it?” (Laughs) I went, holy sh**, Bob Dylan just put in three words what the poets, writers, authors, filmmakers, journalists and people forever have tried to get their arms around love. Isn’t that amazing?

Can you talk about the politics in this movie? I saw it again last night, and it’s my third or fourth time seeing it. I still couldn’t predict the ending.

The thing that’s interesting about this movie is how we all don’t have a clue where this poor Marta (Cabrera, played by Ana de Armas) is from. Jamie Lee says Uruguay. I say Paraguay, then I change it to Ecuador.

It’s funny, it’s a comedy, but it speaks volumes about how ignorant we are in this country about people from other countries. We’re not educated as a country. 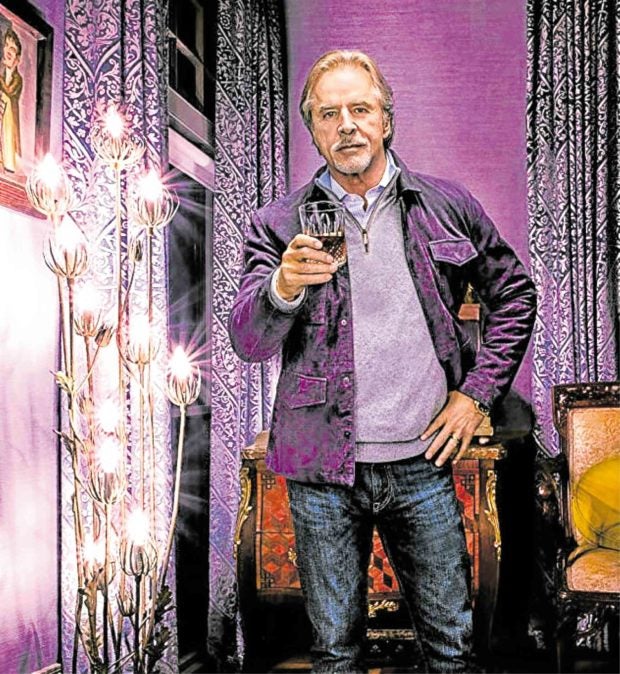 Johnson is Richard Drysdale in “Knives Out” —LIONSGATE

In our last interview, you said you vowed never to watch [daughter] Dakota Johnson’s “Fifty Shades” movies. Have you still not watched them? No, I haven’t seen a frame. One of the reasons that I chose not to in the beginning was that I was simply going, really, do I need those images in my brain?

There are some images that you just don’t need. Because it’s hard on you enough to know that that’s there.

Dakota is more private compared to you. Do you think it’s because of the difference among generations or did you advise her to just do her work and be private? She’s in a different place in her career. And in her relationships, I think she is simply trying to protect that without it being interfered with things.

I certainly wouldn’t speak for her. She’s a very self-assured and focused young woman. I’m proud of her for that.

Do you think it’s also because of what she saw her mom and dad go through and that makes her careful about being as open as you are? That’s true, but it’s also a reflection of her character. She has a very disciplined character.

What have you learned from fatherhood? I learned humility, learning how to say you were wrong about something, accepting responsibility and being accountable is a fantastic thing.

Looking back, what was it like when you recorded the duet, “Till I Love You,” with Barbra Streisand? When Barbra asked me to do the duet with her, I was of course terrified. I said, “I don’t think I could do that.” She said, “Of course, you can. You have a great voice. I heard both your albums and of course, you can do this.” She gave me the song to listen to and it’s a beautiful song. It wasn’t necessarily my genre or my thing at the time, but it was hers.

I was so honored and blessed to get the opportunity. She had the studio organized so that there was a window between us while we were singing.

We could watch each other, because in singing duets, you have to start and end at the same time. The trick is to watch the other person’s lips.

I kept cracking up, because I’m standing there and looking through the window and there’s Barbra Streisand singing to me (laughs).

So, for the first 20 or 30 minutes of the recording session, we were both just giggling and laughing. Then, we got down to singing.

Barbra would know the answer to the number, but I think we only did about six or eight takes, and that was it.

You are on the TV series, “Watchmen.” Your character, Judd Crawford, is an enigma. Are we going to see more of him in the series? I can’t tell you (laughs). Keep watching.

Were you aware of the “Watchmen” comic series before you were offered the role? I was aware of the graphic novel from 1986. And the two authors, Alan Moore and Dave Gibbons.

It’s a seminal work, considered the graphic novel of graphic novels. Those two came together and produced this (comic book maxiseries) … it’s a unique piece of material.

How I got involved is Damon Lindelof wrote me the most beautiful letter. Being a smart producer, he knows that if you want to get an actor’s attention, you just flatter the hell out of him (laughs).

So he wrote two pages telling me how great I am and I’m like, “What do you want me to do (laughs)?”

TAGS: Don Johnson, Only In Hollywood