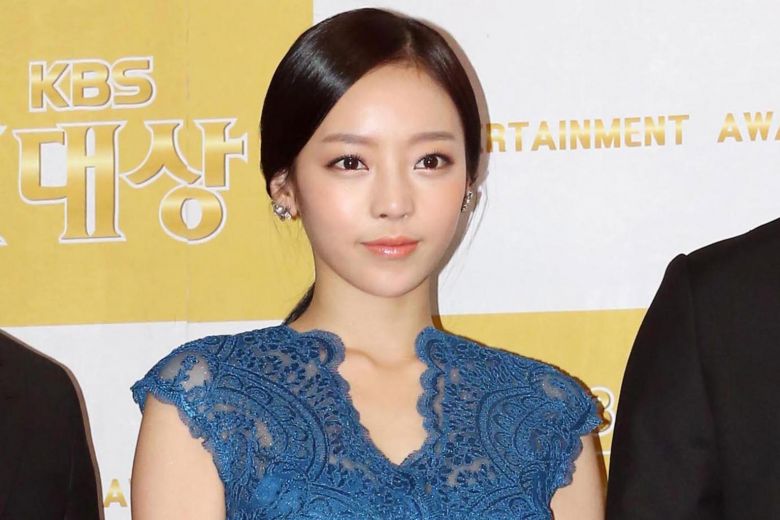 Goo Hara had drawn nasty comments from netizens after her relationship with hairdresser Choi Jong-bum made headlines. PHOTO: EPA-EFE

SINGAPORE — After Sulli was found dead at home in October, reporter Kang Kyung-yoon called the South Korean singer’s close friend Goo Hara to urge her to be strong and not do anything silly.

Goo, a former member of girl group Kara, had been found unconscious at her home in May in an apparent suicide attempt.

Goo, 28, had drawn nasty comments from netizens after her relationship with hairdresser Choi Jong-bum made headlines, with her claims that he was abusive towards her and that he filmed their intimate moments without her knowledge.

Choi has since been sentenced to a jail term of one year and six months, with the punishment suspended for three years.

Goo seemed to have moved on, with a recent tour of Japan to promote her music.

But she was found dead at home on Nov 24.

SBS funE reporter Kang, in paying tribute to the singer on the show Joo Young Jin’s News Briefing on Monday (Nov 25), said: “The day after the unfortunate news about Sulli, I called Hara. I told her: ‘Let’s work hard and live on until the end.’

“She promised to do so and I am disheartened over what has happened.”

Ms Kang noted that Goo’s failed relationship with Choi had affected her badly.

Goo found it hard to accept that the court acquitted him of the charge of filming her illegally, though he was found guilty of other charges.

Goo contacted Ms Kang when the latter’s expose – about Jung Joon-young’s sharing of sex videos with other artists in a chatroom – was published earlier this year.

The singer told her that she was also a victim, mentioning how Choi had taken advantage of her.

“She said she wanted to help in any way she could to uncover the truth behind the case, and she actually provided lots of help,” Ms Kang added, though she did not provide further details.

The prosecutors are seeking a seven-year prison term for Jung for allegedly gang-raping women as well as filming and distributing sex videos, with sentencing set for Nov 29.

Choi has closed his hair salon for now, apparently despondent over the news of Goo’s death.