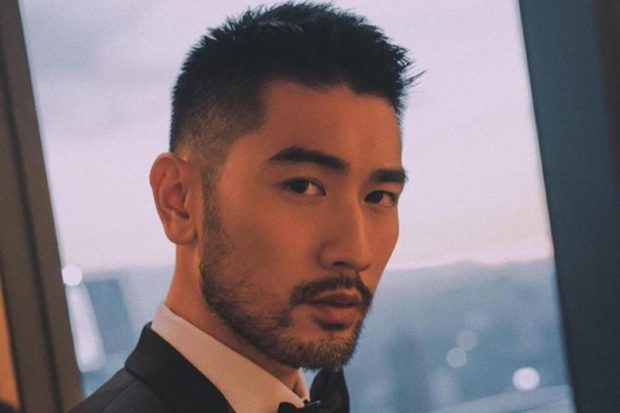 Godfrey Gao had been filming Chase Me – a night-time variety series by Zhejiang Television which focuses on physical tasks for its contestants. PHOTO: GODFREYGAO/INSTAGRAM

SINGAPORE — Taiwan-born Canadian model-actor Godfrey Gao, 35, has died after he collapsed while filming a Chinese variety series in Zhejiang in eastern China.

His agency, JetStar Entertainment, confirmed this on Weibo. He was reportedly rushed to hospital, where he died after nearly three hours, according to JetStar’s statement.

He had been filming Chase Me, a night-time variety series by Zhejiang Television which focuses on physical tasks for its contestants.

Chase Me’s official Weibo account posted a statement around noon on Wednesday (Nov 27), stating that Gao, who was a guest on the show, died while filming the ninth episode. He had been running when he suddenly collapsed.

According to the statement, medical staff on the show immediately attended to Gao and he was rushed to the hospital, where sudden cardiac death was pronounced.

Sudden cardiac death is described by American medical institution Cleveland Clinic as a sudden, unexpected death caused by a loss of heart function.

According to media reports, Gao’s family and girlfriend are on their way to Zhejiang and his body will be transported back to Taiwan on Thursday (Nov 28).

Gao reportedly collapsed at around 2am on Wednesday morning, midway through filming. Other celebrities on the set included Hong Kong actor William Chan and boy band Fahrenheit member Calvin Chen.

In photographs circulating on the Web, Chan can be seen with his hands clasped in prayer. Paramedics can also be seen working on someone, who is obscured in the photographs. Netizens who claimed to witness the incident said that Gao’s heart stopped beating for a few minutes before it resumed beating again.

The model-actor’s death has sparked a heated discussion.

A Mandarin phrase which translates to “Variety show Chase Me’s difficulty and intensity” has become a top trending topic on Weibo. Many netizens are expressing anger at what is seen as a dangerous variety show set-up – pointing to how difficult the physical tasks can be and how the show is filmed at night, often past midnight. It is also filmed outdoors, even in cold weather.

Many have asked its regular cast members, such as Chan and Chinese actor Huang Jingyu, to stop appearing on the show for their own safety.

Taiwan-based television host and actor Alex Niu put up a photo of Gao and him and wrote: “When you’re with him, SO many people come up and the first thing they say is how good-looking he is, how handsome he is, how beautiful he is. So often admired for his exterior by fans and strangers. What they don’t know is how humble he is, how approachable he is, how modest he is, how wonderfully unintimidating a star he is.”

Former Taiwanese basketball star James Mao posted a heartbreak emoji on a black background on his latest Instagram story. Gao was set to be one of Mao’s groomsmen at his wedding to stylist Tiffany Lo on Friday (Nov 29).

The 1.93m-tall Gao was first in the public eye as a fashion model. He was the first Asian male model to appear in luxury brand Louis Vuitton’s ad campaign in 2011.

He has since been in Hollywood films like The Mortal Instruments: City of Bones (2013). He also became popular in China when he starred in Remembering Lichuan (2016), a television adaptation of a Chinese romance novel.