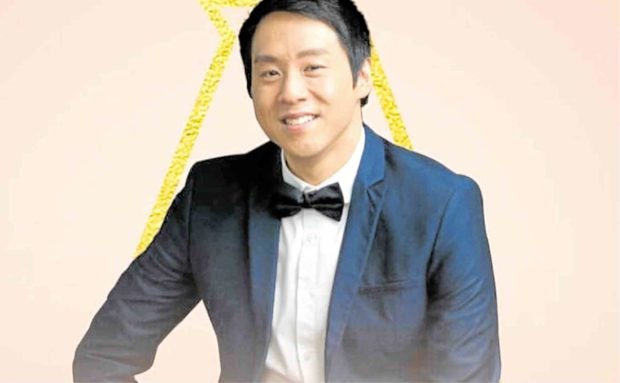 While he can’t sight-read music, Richard Poon prides himself on having uncannily sharp ears—a quality that comes in handy, not only when it comes to arranging his songs or medleys, but also in making sure that the musicians he’s working with are always bringing their A game.

“I can’t read notes, but I know how the pieces go—the horns, flutes, guitars, piano, drums… I know when and where the crash sets in. So, if things aren’t played accordingly, I look for them,” the crooner said in a recent interview for the repeat of his big band-themed concert, “RP10.”

That’s why, unbeknown to many of his followers, Richard can be quite the stickler when it comes to rehearsals.

“I can pinpoint who’s playing badly. When something’s not right, I point it out. One time, I had a 27-piece orchestra for a show. I was asked to rehearse with them. We worked on it, recorded it, filmed it. But on the day itself, palpak. One of the players was behind the beat,” he recalled. “And you can’t do anything about it.”

At this point in his career, Richard is done people-pleasing which, he believes, can hamper artistic growth.

“We’re a very permissible culture. We can be loose. We often give people a pass, because we want to please them or we don’t want to offend. Because of that, some people settle for pwede na—‘Pwede na ’to, ’di naman napansin,’” the 45-year-old music artist pointed out.

Asked how he developed his keen sense of hearing, Richard surmised that it must have all started when his mother—an opera singer—was pregnant with him and exposed him to all sorts of music.

“Because I can’t read notes, I needed to have a good ear,” the singer-songwriter said. “I’m also a guitarist. I used to play three, 45-minute sets in gigs. And there’s no music sheets. Tenga lang lahat.”

The restaging of “RP10,” set on Dec. 6 at Resorts World’s Newport Performing Arts Theater, will introduce new numbers and sections, including a medley of contemporary pop songs and viral hits with a twist. “I will do IV of Spades, Ex-Battalion, Shanti Dope, Ben&amp;Ben, I Belong to the Zoo… ‘Manok na Pula,’ ‘Batang Pasaway’—big band style,” he related.

And he does the arrangements himself. “People get surprised when they find out, but I have been doing this for 15 years,” he said. “One time, Gerard Salonga reposted on social media a video of my work, the song ‘Manhid,’ which features young singer Vanessa Celestial. For him to do that … grabe! It was such an honor for me.”

Mounted by Noble Five Entertainment, the concert will, of course, feature jazz standards. But with the show happening just a few weeks before Christmas, Richard said he might as well put in some holiday classics in the repertoire.