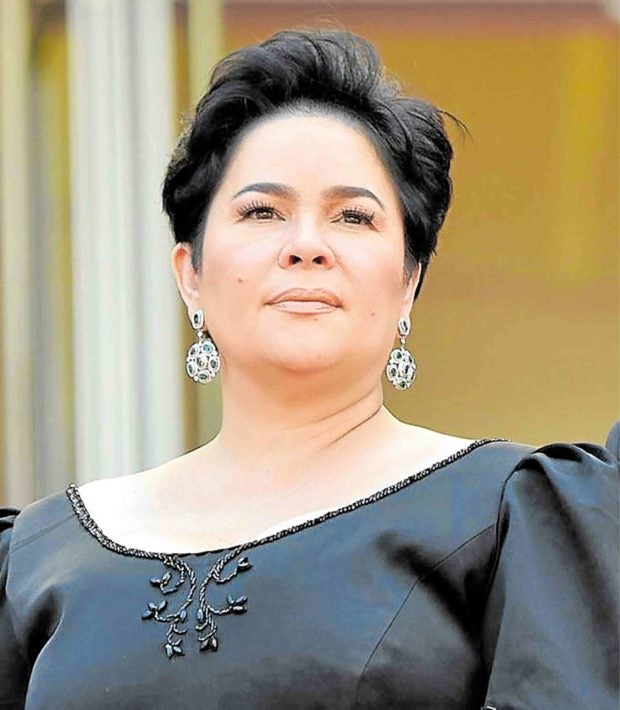 We’re over the moon just thinking about “Para sa Sine, Para sa Sining: Isang Pagpupugay,” the splashy fete at PowerMac Center Spotlight Theater in Ayala Circuit on Tuesday (Nov. 26), that will mark the 10th anniversary of the Inquirer Indie Bravo! Awards. The show is produced by the Philippine Daily Inquirer in cooperation with the dynamic team of Ayala Land and PowerMac Center Spotlight.

Your favorite paper is observing a special milestone this year—the Philippine Daily Inquirer is commemorating 34 years of balanced news and fearless views—and we couldn’t be more thrilled to celebrate it with the rest of the Inquirer Group of Companies.

The Indie Bravo Awards and series of stories, a brainchild of former Entertainment editor Emmie Velarde, shine the spotlight on the hard work, never-say-die spirit and yarn-spinning ingenuity of Pinoy film artists.

Indie Bravo reports about their significant triumphs in the international film fest circuit that put the country and its brilliant artists in a flattering light.

But Indie Bravo is more a celebration than competition—and that’s exactly what “Para sa Sine, Para sa Sining” intends to do.

To help us revisit the country’s triumphs in the past 10 years, the iconic Jaclyn Jose, who won best actress at the 2016 Cannes film festival for Brillante Mendoza’s “Ma’ Rosa,” has agreed to grace the show.

Aside from Jaclyn, also in the works are special guests who are guaranteed to make the night even more memorable.

As a special treat to our guests, we have gathered some of the country’s most exciting singer-actors to perform for our awardees. Take it from us, there’s nothing better than working with the divine Dulce, who immediately said yes when we asked her to grace Indie Bravo despite her hectic schedule.

Dulce is close to our heart because we didn’t just act with her (in Ryan Cayabyab and Nestor U. Torre Jr.’s “Magnificat”) when we were just starting out in theater.

Last year, we directed her in the reboot of the long-running religious pop musical, “Nasaan si Hesus.” To have her win a best actress award for her performance in the musical is just icing on a delectable cake.

But Dulce isn’t just a singer and theater actress. As we’ve written in the past, we were also bowled over by her performances in Vic Acedillo Jr.’s ToFarm fest entry “Kamunggay” and Loy Arcenas’ Metro Manila film fest musical “Ang Larawan.” 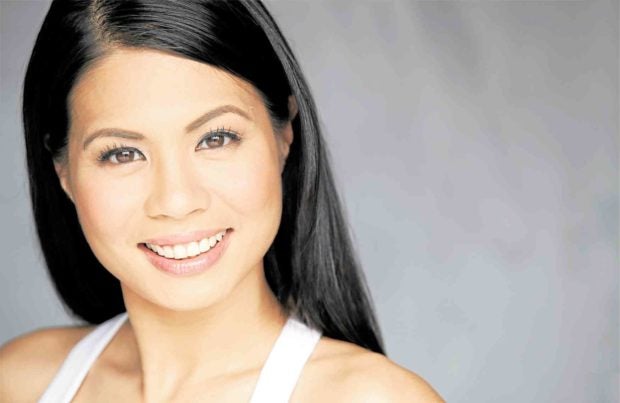 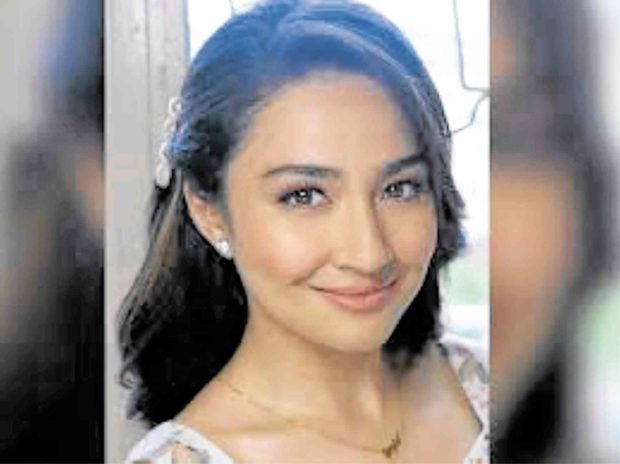 We’re also proud of Missy Maramara’s participation in the show. She was merely in her teens when we handpicked her to understudy all the roles in the Filipino version of Eve Ensler’s “The Vagina Monologues” in 2001.

Later, we cast Missy against type when we chose her to play a role that is often assigned to a male actor—as the Narrator in Stephen Sondheim’s “Into the Woods.” Now, the former Fulbright scholar is one of Philippine theater’s most acclaimed actresses (“Stop Kiss,” “The Dresser” and the upcoming “Stage Kiss”) and directors (“Spring Awakening”).

Like Missy, gorgeous crossover artist Gerphil Flores was one of our students in acting and musical theater during our 13-year stint as the workshop director of the New Voice Company, Monique Wilson’s theater group.

From the kind and timid teenager, Fame, as we used to call Gerphil, has blossomed into the confident performer who would eventually win over the picky and often fussy judges of “Asia’s Got Talent,” which considers her its Golden Girl.

Other than her forays into musical theater (“The Sound of Music,” “High School Musical,” “Noli Me Tangere”), Gerphil also dabbles in opera (“Rusalka,” “Madame Butterfly”). How versatile can you get?

Another prized guest is Radha, who continues to dazzle audiences long after her formative years with Kulay and “The Voice.” She is currently waxing her latest album.

But Lolita Rodriguez’s gorgeous granddaughter has also begun following in the acting icon’s footsteps, by appearing in Adolf Alix Jr.’s indies, “Misteryo dela Noche” and “Circa.”

Like Radha, Celine Fabie has also proven that there’s more to her than her enviable pedigree: She is Mona Lisa’s granddaughter, but she’s making a name for herself on the theater and music scenes, instead.

In 2014, she won a National Book Award for writing her grandmother’s biography. 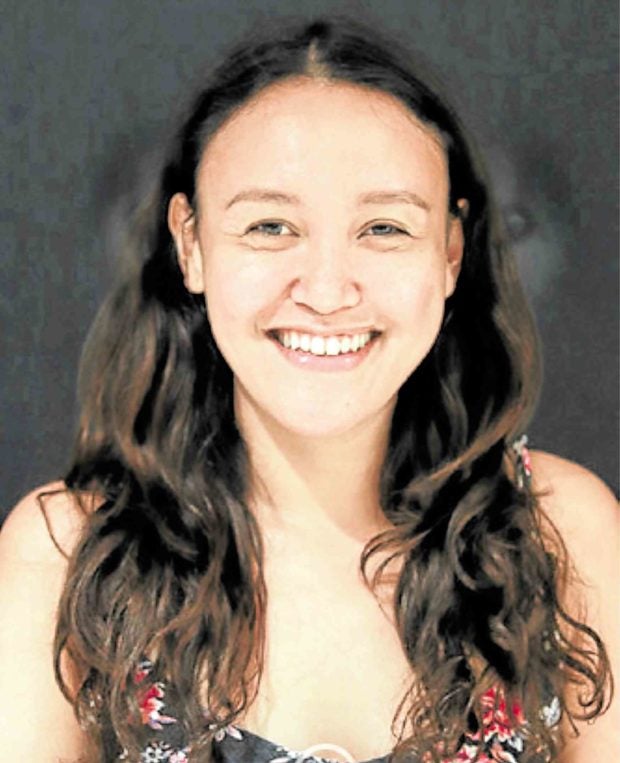 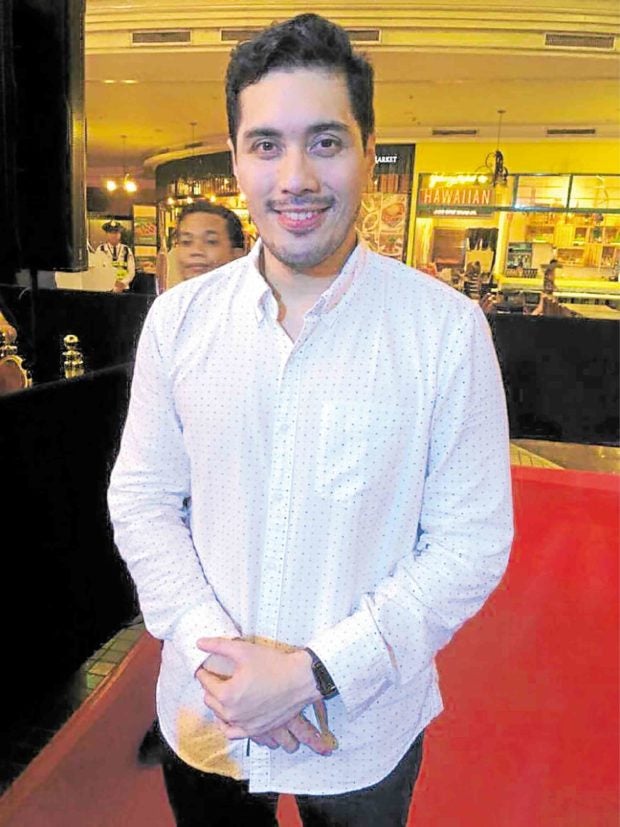 Celine is currently a member of the Ryan Cayabyab Singers and has just finished alternating with “Miss Saigon” alumna Aicelle Santos in the role of Elsa in Ed Lacson Jr.’s acclaimed revival of the “Himala” musical. She also contributes articles to Inquirer Entertainment.

But the multitalented performer is even more formidable as one of Philippine theater’s top leading men. His theater credits include “Ang Huling El Bimbo,” “Footloose,” “The Little Mermaid” and the recent revival of “Katy! The Musical.”

But we were truly blown away by Gian’s performing chops when we directed him in “Loving the NUT,” the tribute concert for writer-director Nestor U. Torre staged at Cultural Center of the Philippines last December.

In the show, he sang a gorgeous version of “Ililigtas Ka N’ya” that had its own tantalizing charm.

We’re pretty sure Gian’s upcoming performance in Indie Bravo will just be as prodigious.

To say the least, the guests and awardees of “Para sa Sine, Para sa Sining: Isang Pagpupugay” are in for a treat.

On behalf of the Philippine Daily Inquirer and the whole staff of Entertainment, we thank you from the bottom of our hearts.