Apple cancels premiere of ‘The Banker’ over ‘concerns’ 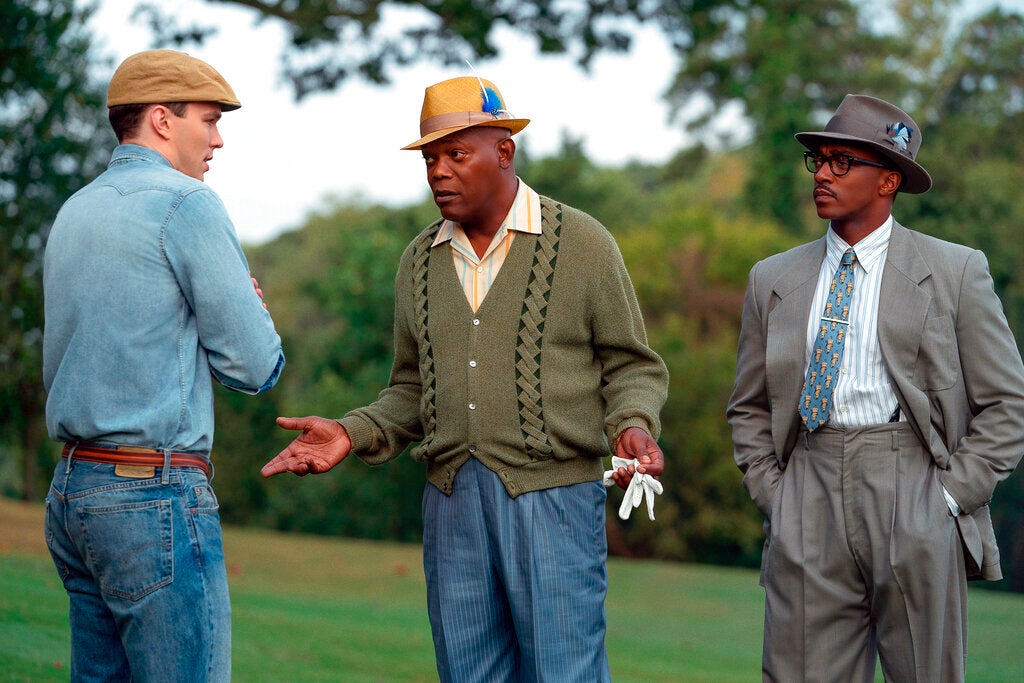 From left, Nicholas Hoult, Samuel L. Jackson and Anthony Mackie in a scene from “The Banker.” (Apple TV Plus via AP)

NEW YORK  — Apple has canceled the premiere of one of the tech company’s first original films, “The Banker” the day before it was to debut at Los Angeles’ AFI Film Festival.

In a statement Wednesday, Apple said that last week it learned of “some concerns” surrounding “The Banker” and needs “some time to look into these matters.” An Apple spokesperson declined to elaborate.

The based-on-a-true-story film stars Samuel L. Jackson and Anthony Mackie. Mackie plays Bernard Garrett who in the 1950s and ‘60s recruited a white man to pose as the face of his expansive real estate and banking business. In 1968, Garrett was convicted of misusing bank funds.

The film is Apple’s boldest step yet into moviemaking. A theatrical release is scheduled for Dec. 6, after which it would be a part of the company’s new streaming service, Apple TV Plus.

AFI said it would replace “The Banker” with a screening of Noah Baumbach’s Netflix release “Marriage Story” as its closing-night film.