Matteo Guidicelli had saved up for Sarah G’s ring since 2014? 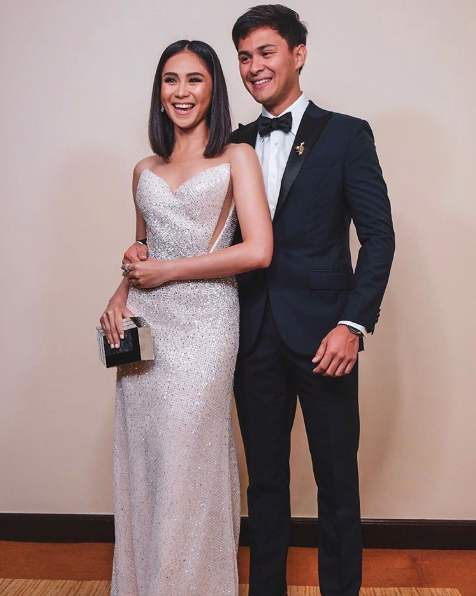 Sarah Geronimo and Matteo Guidicelli have been a couple since 2013. Image: Instagram/@matteog

Matteo Guidicelli has been serious—and seriously in love—with pop star Sarah Geronimo for some years now. But it seems he knew early on in the relationship that she was “the One.”

The couple announced their engagement last Nov. 7 to the joy of fans and fellow celebrities. According to Jerry Telan, who works in the marketing division of a hygienic products company, Guidicelli told him back in 2014 that he was saving up for an engagement ring.

Telan shared on Instagram yesterday, Nov. 20, pictures of him and the actor from the past. He recalled that in 2014, Guidicelli said in a mall show gig, “‘Kuya Jers, Bai [I] need more work to buy [an] engagement ring for Sarah.’”

Indeed Guidicelli’s hard work has paid off as he was able to give Geronimo a sizable diamond ring.

I love you my love, now and forever. ❤️

Previously, he denied that he had proposed to the pop princess when she wore a diamond ring in public, telling the Philippine Entertainment Portal in February that it was “too small.”

The two stars began dating in 2013, keeping their romance secret until Geronimo confirmed it in June 2014. They have been low-key about their relationship even after it was made official. Geronimo has been embraced by the Guidicelli family, with the singer and actress chosen as the maid of honor of her future sis-in-law Giorgia Guidicelli.  /ra

Matteo assures Sarah’s parents she will have a ‘happy life’