LISTEN: Mark Ronson teams with Anderson Paak in new ‘Then There Were Two’ 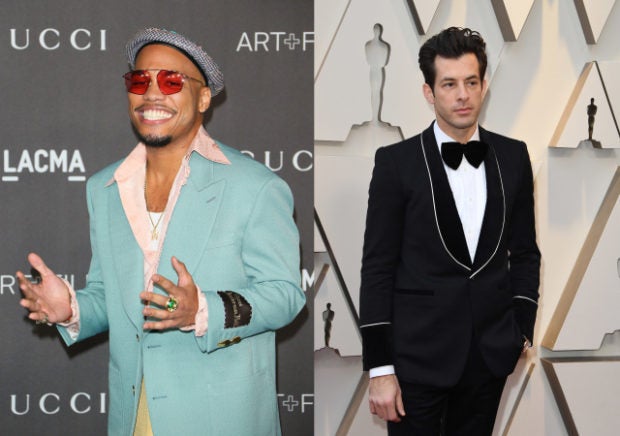 Anderson Paak and Mark Ronson have recently joined forces on “Then There Were Two”. Images: AFP/Jean-Baptiste Lacroix, Mark Ralston via AFP Relaxnews

Mark Ronson and Anderson Paak’s collaboration will appear on the soundtrack for the new animated film “Spies in Disguise”, which Ronson curated and executive produced.

The soulful  song “Then There Were Two” is featured in the most recent trailer of the movie, in which Paak is heard crooning “‘Cause without you, I’m a sloucher, but with you, I’m ambitious/Such a mess tho, when I’m not near you/But together we can’t stop look in the mirrors.”

In addition to Paak, the soundtrack for “Spies in Disguise” will include guest contributions by Lucky Daye, Codgr, Rob Base and DJ EZ Rock.

Lil Jon will also appear on “They Gotta Go”, while DJ Shadow and De La Soul will team up on “Rocket Fuel”.

“Mark Ronson Presents the Music of Spies in Disguise” will arrive on Dec. 13, a few weeks ahead of Blue Sky Studios’ new animated blockbuster.

“Spies in Disguise”, which will hit theaters on Christmas Day, stars Will Smith, Tom Holland, Rashida Jones and DJ Khaled among others.

The comedy follows the story of the unlikely duo of super-spy Lance Sterling (voiced by Smith) and shy scientist Walter Beckett (portrayed by Holland).

As the whole world is in peril, Sterling and Beckett will have to work as a team for a mission that will require to turn the debonair spy into a pigeon.

In addition to working on the soundtrack for “Spies in Disguise”, Ronson released his latest studio album, “Late Night Feelings”, earlier this year.

The British producer extraordinaire notably collaborated on the project, which he described as a “collection of sad bangers,” with Angel Olsen, Camila Cabello and Alicia Keys among others.