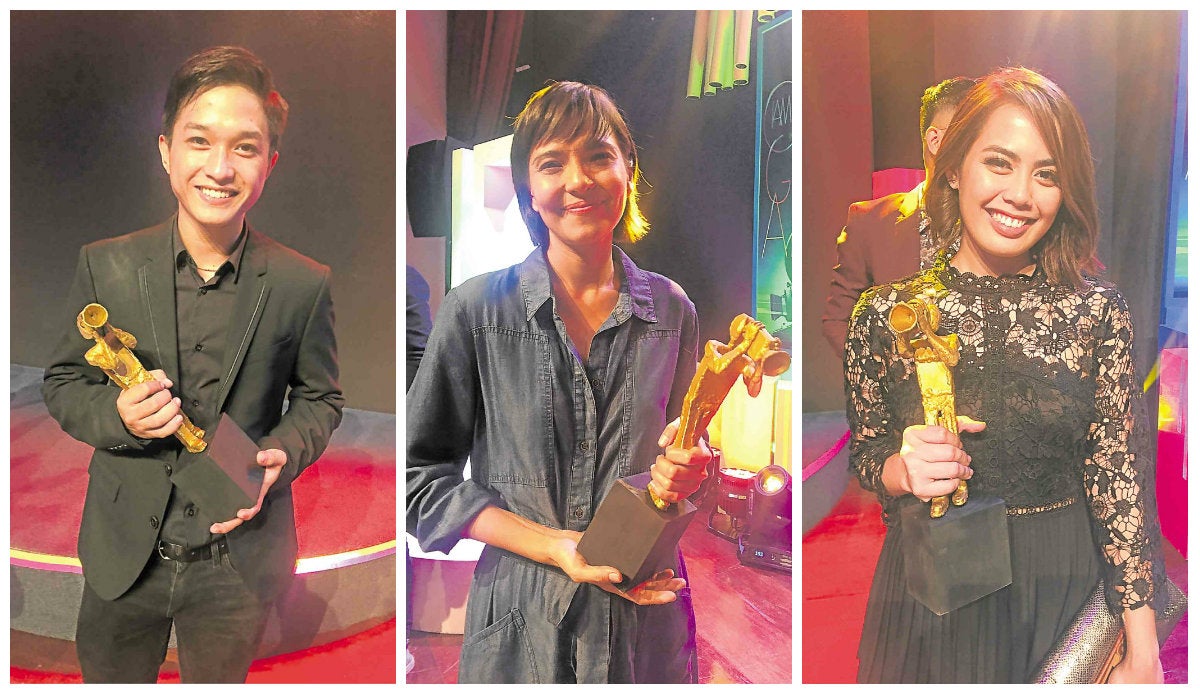 “It just happens,” said Alessandra de Rossi about her winning the best actress award in the recently concluded 2019 Cinema One Originals for Victor Villanueva’s “Lucid.”

Alessandra, who was nominated along with the more popular picks like Cherie Gil (“Tia Madre”) and Regine Velasquez ( “Yours Truly, Shirley”), explained: “Sometimes, you land a role that’s heavier and more difficult to portray. Sometimes, you just have more exposure. It doesn’t mean you’re more talented than the others. It really depends on the jury.”

Alessandra said her director Victor was very meticulous. “Nagte-take four ako! This was because he was expecting a lot of things from me that I don’t normally give,” she recalled. “But that was just on the first day. When we were already at ease with each other, work became smooth sailing, too.”

Alessandra refused to say how many best actress trophies she has already brought home, explaining that she does not keep track of them. What she is looking forward to these days is to be appreciated as a filmmaker since she is now working on “Fuffy and Fream,” starring Piolo Pascual, with Joyce Bernal as creative director.

As to whether she also hoped for a best director trophy someday, she said: “I’m not expecting that much. I’m not even sure if I’d direct again after all the stress I’ve been through with this film. I was hospitalized three times.”

One director who caused quite a stir shortly before the Cinema One festival began was JE Tiglao, who was awarded best director of the controversial film “Metamorphosis,” which almost didn’t get screened for having several sensitive scenes.

“Metamorphosis” lead star, Gold Azeron, bagged the best actor honor. “Apart from the daring scenes, it was probably my confrontation scene with Direk Ricky (Davao) and Ms. Yayo (Aguila) that made the jury recognize me,” Gold told the Inquirer on Friday night, shortly after the ceremony at the Dolphy Theater inside the ABS-CBN Compound in Quezon City. “Going up the stage to accept the award was so overwhelming. I couldn’t believe it was happening.”

Gold said he hoped to work again with his costar, Iana Bernardez, who won the best supporting actress award.

“I’m so proud of Gold. He really made an effort to work on our friendship and chemistry while on the set. I guess what we did was so effective that the jury liked what they saw,” said Iana, daughter of actress Angel Aquino, who said she almost fainted while going up the stage to accept her first acting award.

The best picture honor was given to Giancarlo Abrahan’s “Sila-Sila,” while the Special Jury Prize was awarded to Dustin Celestino’s “Utopia.”

The Audience Choice Award was given to “Sila-Sila,” while the best short film honor was handed to Don Senoc for “Sa Among Agwat.”