Ynna Asistio in hospital due to severe stomach pain, may have intestine condition volvulus 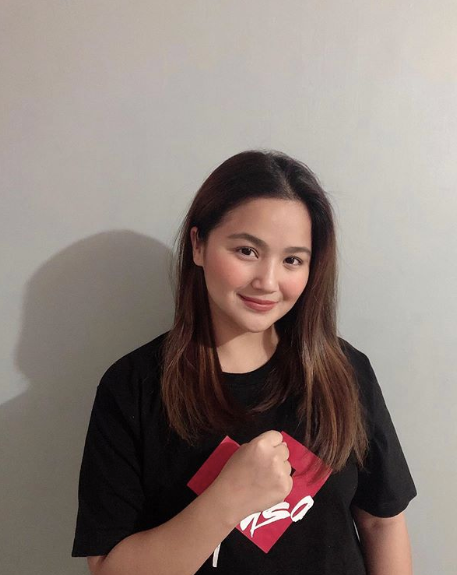 Actress Ynna Asistio was rushed to a hospital after experiencing stomach pain that lasted for hours.

Ynna said yesterday, Nov. 18, via Instagram Stories that her siblings Yssa and Alexander took her to the hospital the night before.

According to Yssa via Instagram Stories yesterday, they had to take Ynna to different hospitals around Marikina and Antipolo because they were all full. They set out to seek medical attention at around 11 p.m., but only got a room by 4:30 a.m. Ynna suffered severe stomach pain for five hours. 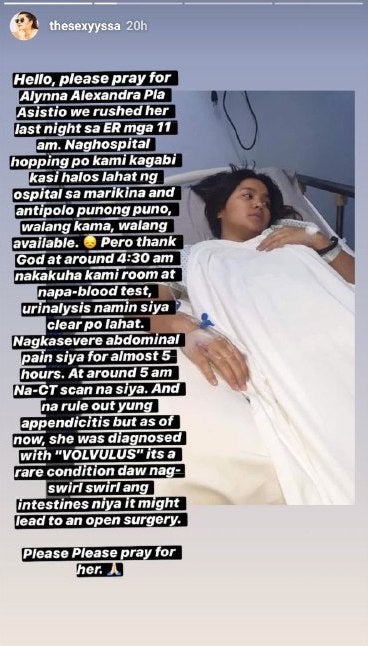 The actress, who starred in Xian Lim’s Cinemalaya film “Tabon,” underwent tests including blood test and urinalysis, which came out clear. A CT scan ruled out appendicitis. She was diagnosed with volvulus, according to Yssa. Volvulus is a condition where the intestine twists around itself. As of Yssa’s update yesterday, open surgery was being considered for her sister.

Last night, Ynna shared another update from Yssa, which said Ynna was still under observation and had yet to get a diagnosis. She said they transferred to another hospital for a third opinion and that Ynna might not have to undergo surgery. 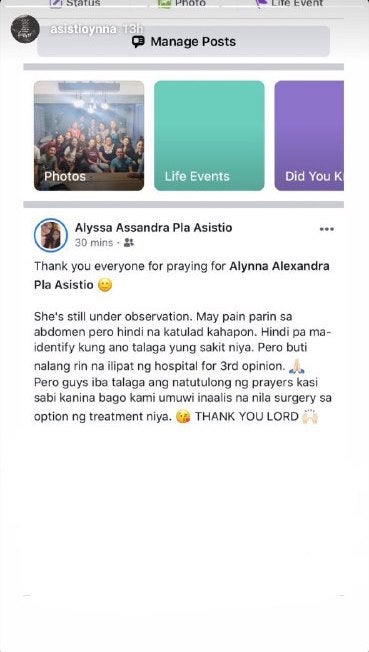