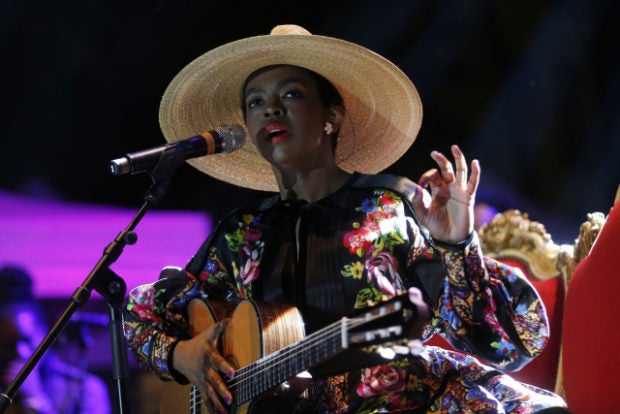 The voice of Lauryn Hill features on the soundtrack for the film “Queen & Slim”. Image: AFP/Valery Hache via AFP Relaxnews

Lauryn Hill has yet to make up her mind to release a follow-up to “The Miseducation of Lauryn Hill” which topped the charts two decades ago, however, fans of the neo-soul and R&B album will be pleased with the new track “Guarding the Gates” from “Queen & Slim” by Melina Matsoukas.

Blood Orange, Bilal, Mike Jones, Roy Ayers and many others feature along with Hill on the soundtrack that also includes a track by Tiana Major9 and EarthGang, “Collide”, which dropped in October.

“Queen & Slim”, directed by Melina Matsoukas (“Master of None”, “Insecure”), tells the tale of a couple played by Daniel Kaluuya (“Get Out”) and Jodie Turner-Smith (“The Neon Demon”), who are forced to go on the run when Kaluuya’s character kills a police officer (played by Sturgill Simpson) in self-defense.

Indya Moore, Chloë Sevigny and Flea also feature in the cast for the film, which is due for release on Nov. 27. RGA/JB