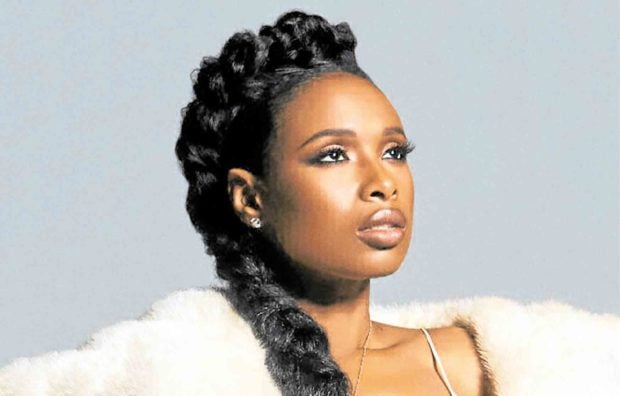 LOS ANGELES—When Jennifer Hudson is exquisitely singing live “Memory,” starting quietly and then building toward full, showstopping belting during a take in a studio, and everything is still and quiet, suppressing my cough seems just as hard as performing that Andrew Lloyd Webber tour de force number.

That was the tough situation I found myself in last February when I had to stop with all my might (my face turned red) a cough that would have ruined a take of Jennifer beautifully singing “Memory” as Grizabella.

I was in Warner Bros. Studios, Leavesden, an hour away from London, to visit the set of Tom Hopper’s movie version of Lloyd Webber’s musical.

Formerly known as the Leavesden Studios, the complex where the Harry Potter movies were shot was where Tom Hooper was directing his first musical, “Cats,” since “Les Miserables.”

Nursing a cold, I felt like a cat with a stuffy nose as we first toured the sets with oversized doors and furniture since the feline characters in the movie will be shown in proportion to the human world. We walked on leaf-strewn cobblestone streets with gigantic doors, signs and front stair steps.

Inside a studio where some of the fabulous-looking costumes were on display, a Filipino-sounding name caught my attention on a wall of the cast’s headshots: Jonadette Carpio. 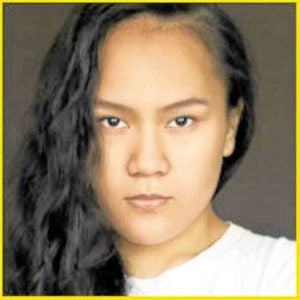 A quick Google check confirmed that Jonadette is indeed Filipina: “Jonadette was born in the Philippines, and learned both ballet and hip-hop as a child. Upon moving to South Wales, she picked up multiple styles of street dance, and has previously joined World of Dance, International Battle Paris, and BBC Young Dancers. She also served as a backup dancer for singer Dua Lipa. She is currently a member of Buckness Personified, an all-female Krump crew.”

Back to the set, where I bolted out after that take of Jennifer and survived trying to suppress coughing for what seemed like an eternity, it was time to interview her. She sat in the back of the set that was enveloped in a haze, thanks to fog machines.

The belter was asked what she was aiming for in performing live “Memory,” the beloved anthem of Grizabella, an ostracized cat who has been memorably played onstage by a long line of terrific performers, including Elaine Page, who originated the role in the West End, and Betty Buckley on Broadway.

“That is what I am in the midst of right now, as we speak,” Jennifer answered. “It’s extremely emotional. Obviously, Grizabella is a very emotion-driven character and so overall, it’s my job to make you feel what she’s going through and tell her story.

“She comes with a weight and heaviness to her. I feel like when you get to see part of the story, you will want to know more of it. And when you hear her, you feel her. Just talking about it, I’m shaken by it.”

The former “American Idol” contestant who went on to win an Oscar and a Golden Globe for her portrayal of Effie White in “Dreamgirls” added, “We’ve done about four or five takes so far. And all tears and emotions.”

And she’s singing it live, not lip-synching to a previously recorded track. “Oh yes, and singing live,” Jennifer said. “Like I said, it’s an emotional role. I have to pull out the emotions, but then I have to sing, too. Sometimes, I ask (Ton Hooper, director), ‘Do you want me to cry, or do you want me to sing? Which one?’ But I’m determined to do both.”

Asked whose versions of “Memory” she has listened to, the 38-year-old replied, “I think I’ve listened to all of them. When you’re doing research for a character and the role you’re going to play, you want to see who else has done it and their interpretations of it. You do your homework and your research.

Hudson as Grizabella in “Cats” —PHOTO COURTESY OF UNIVERSAL PICTURES

“But all I can do is allow myself to feel it, live in the moment, and allow my emotions to connect with Grizabella’s emotions, to make her story that much more real.”

And of course, Jennifer has heard Barbra Streisand’s version of “Memory,” the song identified with “Cats,” a musical that has played to 81 million people in more than 50 countries and in 19 languages.

“Yes, of course everyone listens to Barbra Streisand,” the Chicago, Illinois native said. “She was the first person who came to my mind when I found that I got the role. I was like, OK, I’ve got to go listen to Barbra Streisand. Not that I didn’t already, because I love her.”

“But back then, when I was doing ‘Dreamgirls,’ nobody knew who I was. So I didn’t have those pressures. But now, there’s an expectation of me, which adds more pressure. So that makes it scarier, to be honest.”

Meeting Lloyd Webber for the first time—and singing before him was also a “scary” experience for the singer-actress. “When we were in rehearsals back here in October (2018), I said, ‘Oh, I get to sing ‘Memory’ to him?’ That’s scary in a way.

“He came in and he’s very quiet and kind of standoffish, but very gentle and kind. It wasn’t so bad… I was afraid to look at him.”

On her relationship to Grizabella, Jennifer shared, “I don’t know what it is, but when it comes to being an actor, I find that whatever I’m portraying seems to relate to my life and times. I’m almost convinced that I am really Grizabella.”

On her preparation for today’s shoot, Jennifer said, “It’s why I’m not as presentable as I would like to be. I’m wearing a track suit so they can track our movement, the face and everything. Right now, we’re pre-catlike, I guess you would say. So that’s why I’m in Grizabella mode.

“Grizabella has a scratch, a scar above her eye, which is a huge part of her character as well.

“It takes a lot of imaginative work to put into it. I don’t have on fur yet. It’s coming, though.”

Growing up in Chicago with feline pets helped in her portrayal of Grizabella.

“I am an animal lover,” Jennifer proudly pointed out. “I’m thinking about getting a cat and naming it Grizabella. I have three dogs—Oscar, Grammy and Dreamgirls. I’m gonna get one and call it Golden Globes, so don’t you worry (laughs).

“We had to go to cat school, too. Being a human trying to portray being a cat is difficult enough. But I could draw from having pet cats.”

Jennifer shared that taking care of her voice was her priority since she has to sing the songs live, take after take, for weeks.

“The challenge here is having to sing the song live, deliver the emotion and preserve my voice,” she admitted.

Jennifer claims she is independent, another quality she shares with cats. “My mother always taught us to be independent and never want to have to depend on anyone. So, that’s something that I live by. And I have always noticed that cats are very independent.”

At the end of the takes, Tom Hooper was a happy director. He enthused, “I’m very lucky Jennifer is already knocking it out of the park.”