The Cinema One festival has just fielded a provocative lineup of entries for its 2019 edition, but the new films that opened this week provide a variety of reasons for movie enthusiasts to take a trip to the cinema. 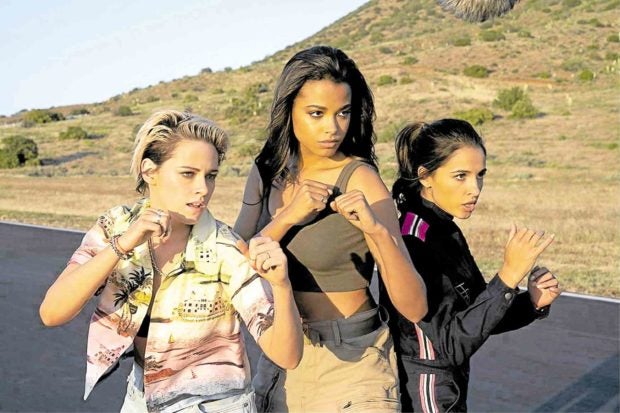 Banks utilizes the perfect tone and treatment as her character Bosley, upon the orders of big boss Charlie (stay until the end of the credits to find out who “he” is), sends the crime-fighting duo of Sabina Wilson (Kristen) and Jane Kano (Ella) to team up with whistle-blowing engineer Elena Houghlin (Naomi).

The threesome’s do-or-die mission: Stop a former colleague (no spoilers here) from wreaking deadly and demented havoc on the world he swore to protect 40 years ago.

The movie doesn’t just allow Kristen to, well, “step out of the closet” and redeem herself from her snooze-inducing turns in her earlier films (hello, “Twilight” movies), it also finds a terrific excuse to parade its string of stellar guests.

“Charlie’s Angels” isn’t out to erase the indelible memories that helped enshrine the lovely likes of Jaclyn Smith, Farrah Fawcett, Kate Jackson, Shelley Hack, Tanya Roberts, Cameron Diaz, Lucy Liu and Drew Barrymore into the Angels’ fabled mythology, it even “expands” the story as it winkingly pays tribute to the power of the female species. 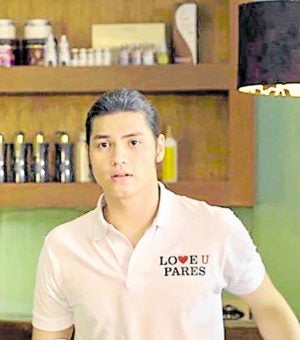 Kid Yambao in “Two Love You”

That being said, we’re also asking film buffs to give Benedict Mique’s “Two Love You” and Jourdan A. Sebastian’s “The Art of Ligaw” a shot because of the heart-warming and theme-driven surprises they spring on viewers who want a much-needed break from tired and formulaic storytelling.

To be honest, we didn’t have high hopes for “Two Love You,” starring Yen Santos, Lassy, MC Muah and Hashtag Kid Yambao. But despite its occasionally preachy proselytizing about LGBTQ issues and the importance of family, we were won over by its heart-on-its-sleeve sincerity and thematic relevance.

While the premise is potentially combustible and familiar, Mique handles it with care and sensitivity: It’s about a gay “parlorista” Reggie (Lassy) who hits a life-changing fork in the road when his pretty protégé Emma (Yen) falls for Winston (Kid), the elusive but financially needy man of his dreams.

It doesn’t hurt that its cast members are just as winsome—from the earnestness of Yen and Lassy and the self-effacing likability of MC Muah (as Lassy’s quip-ready best friend), to the strong presence of the inexperienced but promising Kid.

More than anything, the production introduces viewers to the “unconventional” families whose existence society continues to ignore.

Does love really transcend sex? Not always, but at least the movie manages to convince viewers that, where there is true love and affection, anything is possible. 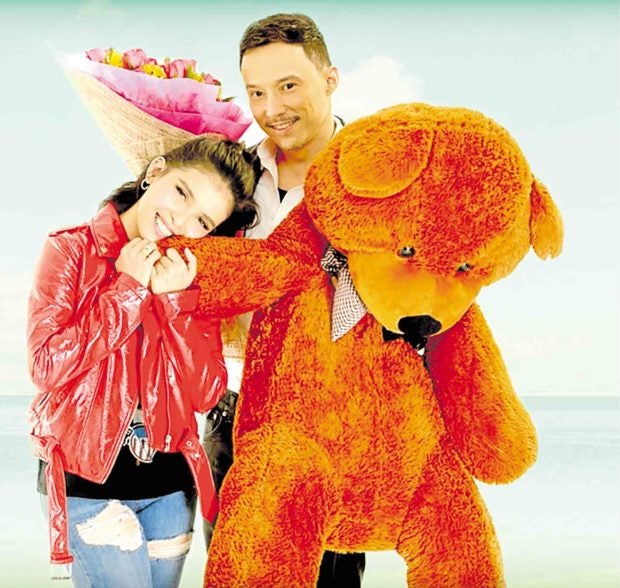 KZ Tandingan (left) and Epy Quizon in “The Art of Ligaw”

Even better is “The Art of Ligaw,” a clever take on the rom-com genre that banks on the offbeat charm of its lead actress, KZ Tandingan, and her unexpected chemistry with leading man Epy Quizon.

The movie examines the bittersweet romance that blossoms between shy but talented singer Carisse (KZ) and reluctant writer Jake (Epy) as they mull over romance, the dying art of courtship and the repercussions of infidelity in the age of instant hookups, dating apps and social media.

It’s a story that has an authentic ring to it. Like the durian fruit that Sebastian uses as a metaphor to describe the growing affection shared by its unlikely partners, “Ligaw” leaves a lingering and lasting aftertaste that plays well to its tandem’s idiosyncratic skills as performers.

For its part, while Rachmania Arunita’s “Cinta itu Buta” (Love is Blind), the Indonesian remake of Sigrid Andrea Bernardo’s blockbuster hit “Kita Kita,” neither has the sweeping appeal of its Pinoy predecessor nor the easy chemistry of Alessandra de Rossi and Empoy Marquez, it is nonetheless just as heartwarming. 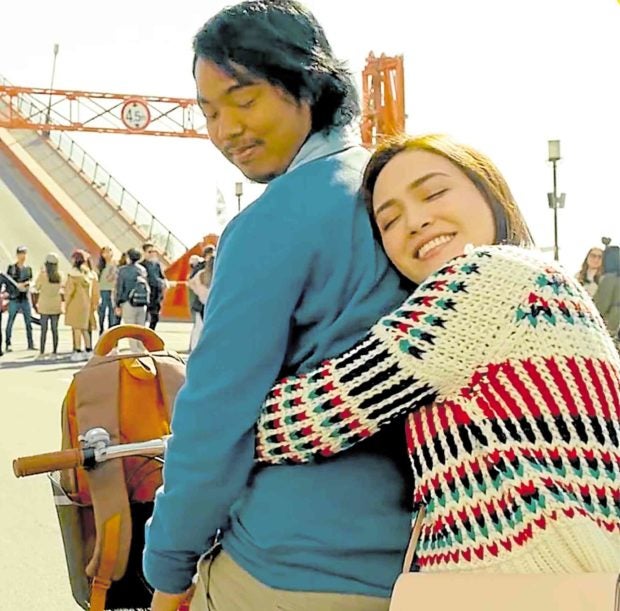 This time, it tells the story of Dian (Shandy Aulia), an Indonesian expat who works as a tour guide in picture-pretty Busan, South Korea.

But her life is turned upside down when she catches her fiancé Jun-ho (Chae In-woo) on a date with her best friend. Shortly thereafter, she goes blind.

Dian’s life goes through another upheaval when she crosses paths with Nikmatullah (Dodit Mulyanto), who helps her deal with the pain of heartbreak and rejection.

But is their romance meant to be?

“Cinta” works as “Kita Kita’s” companion piece because it lets viewers appreciate nuances they may have missed the first time around.

Moreover, it shines the spotlight on the universal reach of love, regardless of whether the star-crossed protagonists profess their love for each in Filipino, Nihongo, Korean or Bahasa.