MANILA, Philippines — Netflix released Thursday the trailer of its first-ever Philippine-made original, “Dead Kids” which is set for streaming on December 1.

Kidnap Chuck? You must be out of your mind. Dead Kids, a Netflix Film from the Philippines (!!!), arrives December 1. pic.twitter.com/xv7vbrDorN

Based on true events, the film tells the story of a socially awkward teen befriending misfits who hatch a plan to abduct the school’s arrogant rich kid — a scheme which eventually turns deadly. 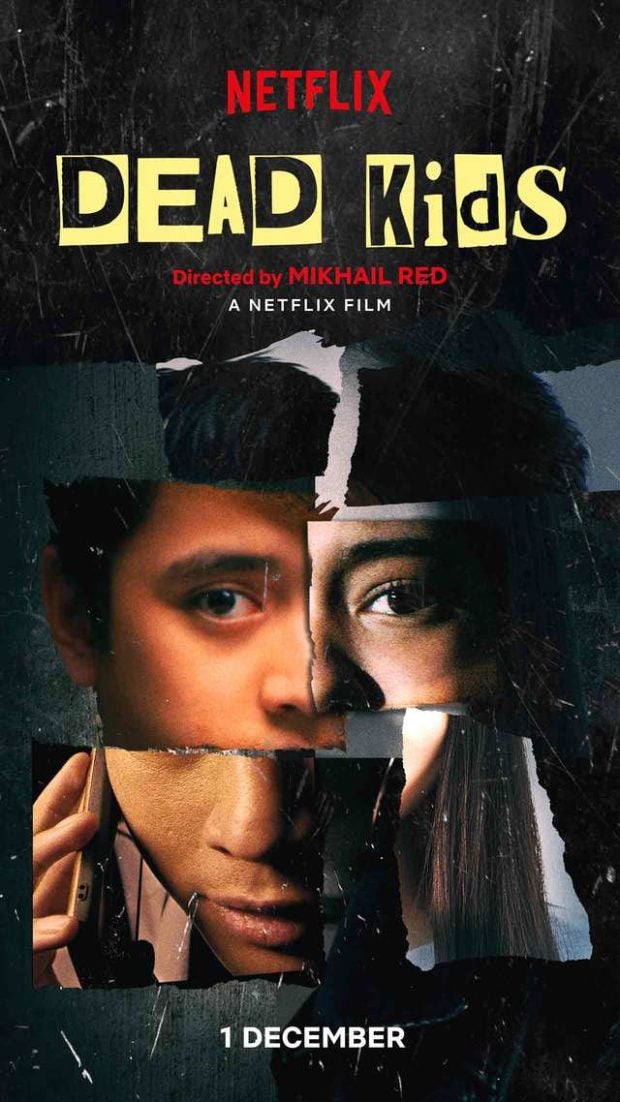 “Dead Kids” is helmed by Mikhail Red who is also known for internationally acclaimed films like “Neomanila,” “Eerie” and “Birdshot,” the first Filipino film to stream on Netflix.

“Dead Kids,” produced by Globe Studios, will have its red carpet premiere at the Cinema One Originals film festival on November 17 at Gateway Mall Cinema.  /gsg