Matteo a doting fiancé to Sarah 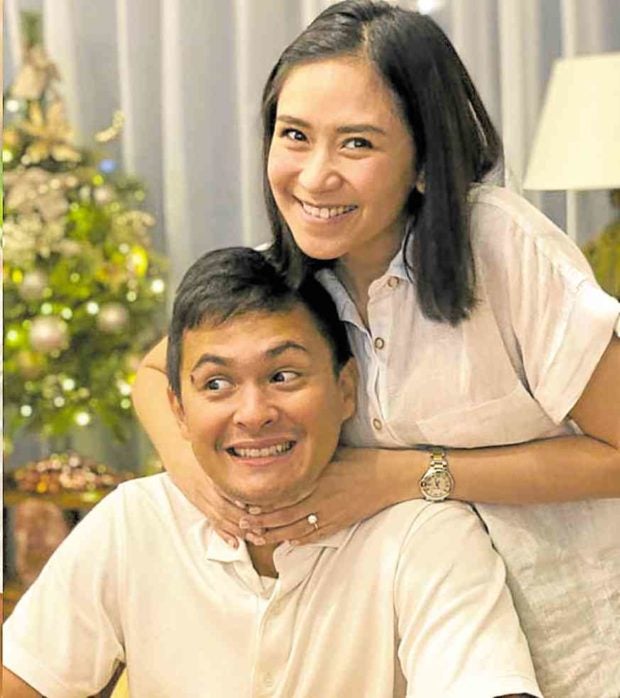 When I heard about the engagement of Sarah Geronimo and Matteo Guidicelli, I suddenly remembered the time when Matteo requested my son IC to take him and Sarah to Gandiva Archery, which is owned by IC’s friend.

According to Matteo, Sarah has long been wanting to try archery.

That only goes to show how supportive he is as a boyfriend. He finds a way to grant even the simplest requests of Sarah. What more when it comes to her major needs? That makes him husband material, indeed.

Just as the cool couple learned to shoot a bow and arrow, Cupid hit their hearts bull’s-eye. Congrats to the soon-to-be Mr. and Mrs. G.

Claudine by her father’s side

Since the Barretto family feud is still the talk of the town, let me share this juicy info. It’s not my intention to make “sawsaw,” as we say in show biz parlance. I’m just telling it like it is.

According to my friend whose dad was confined at the ICU of St. Luke’s BGC right beside the unit where the late Barretto patriarch stayed, it was Claudine whom she saw there every single day watching over her dad.

Away from the maddening show biz circus, Clau is a daddy’s girl après tout.

A lot of local and foreign celebs have turned vegan. So have I. After watching the Netflix docus, “What the Health” and “The Game Changers,” I was instantly convinced to shift to a plant-based diet.

Even my PBA star-player friends, Chris Ross and Alex Cabagnot of San Miguel Beermen, are already certified vegans. As professional athletes, you would think that they need meat to power them up. On the contrary, Chris and Alex swear that turning vegan has made them play ball better.

Why don’t you join the “ReVeganLution”? It’s something that your future self will thank you for.

Masquerade over for actor’s current squeeze

Looks like the happy days of an actor’s girlfriend are about to end. Her true colors have come out. The masquerade is over. Pack up, change casting.

Micheal Learns to Rock (MLTR), the Danish soft rock, pop-rock group, is returning to Manila in a show organized by Eternal Entertainment with Steve O’Neal Productions as promoter. It will be on Dec. 4 at The Theatre at Solaire (visit ticketworld.com.ph).