The best of both worlds for Nyoy Volante | Inquirer Entertainment

The best of both worlds for Nyoy Volante 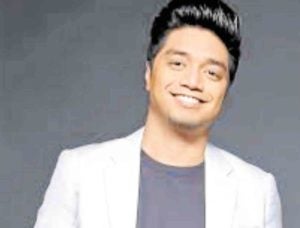 If he could turn back time and change one thing about his career, Nyoy Volante said he would have tried his hand at movie and television acting at a much earlier age.

Because as his recent foray into those fields showed him, the doubts and worries he had back then were pretty much unfounded.

“I’m just realizing it now. I’m experiencing and learning a lot of new things that I could have done when I was younger, if only I had taken the steps,” Nyoy told the Inquirer in a recent pocket interview for Reality Entertainment and Regis Films’ new musical film, “Damaso.”

“Music will always be my strength, but it’s nice to know that I can act; that there’s something else I can offer,” the 41-year-old singer-actor added.

Though Nyoy has a degree in technical theater and has done musicals in the past like “Rock of Ages” and “Hairspray,” it wasn’t until 2015, at the age of 37, that he “officially” did television work via the ABS-CBN late morning series, “Ningning.”

“I got shocked when I first acted for television. The culture, the dynamics, the discipline needed are different. But once I got my groove on, I started to appreciate it more. And it has been doing wonders to my craft and career. My circle of friends in the industry has expanded, too,” he related.

“Damaso,” on the other hand, will have him taking on his first “proper” role in a film. “I would be grateful if I get more chances to do movies. If I find something I feel I could sink my teeth into, I would definitely audition for it. Should there be offers in the future, I will consider them,” he said.

“It’s my first indie film, as well. I consider this a big move, because I didn’t have any plans of pursuing acting in the first place,” he said. “I have done bit roles. But this time, I’m really part of the cast.”

He admitted that, to this day, he’s still adjusting to the fact that show biz is now starting to see him as a singer and mainstream actor. “Somehow, my career ended up being a mix of both worlds. But I’m not used to being called an actor. I still get surprised when I find out that I’m actually being considered for certain projects.”

As he continues to explore television and film, live shows have admittedly taken a backseat. “It’s not that I’m neglecting it—I’ve just been excited about this change of environment. My gigs have been less frequent. But once I get the hang of juggling those two, hopefully I can pursue both,” he said.

“I’m still a singer, first and foremost, and I hope to come up with new singles, even albums, in the near future,” added Nyoy, who’s also set to star in the Singapore run of “Sweeney Todd: The Demon Barber of Fleet Street,” where he plays Signor Adolfo Pirelli.

“Damaso,” which opens on Nov. 20, revolves around a producer (Aiko Melendez) having second thoughts about churning out a movie that hopes to show the parallels between past and present societal issues using “Noli Me Tangere” as inspiration. It will also delve into one of the longstanding debates in the entertainment industry: art vs business.

“I will play Aiko’s colleague who will urge her to push through with her project,” Nyoy said, adding that this particular subject is something he personally deals with when it comes to his music.

“I’m just lucky I’m capable of producing music or music videos for myself, for my own satisfaction. I don’t have to please anyone when I do such passion projects. Now, if people end up not liking them, it’s fine, because no one else is involved—it’s all me,” he said.