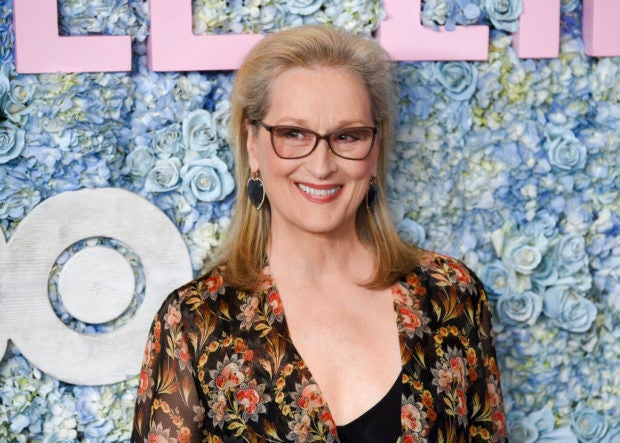 Meryl Streep has been named as a co-chair of the Metropolitan Museum of Art’s Costume Institute. Image: Evan Agostini/Invision/AP, File

NEW YORK — Next year’s Met Gala may be the closest we’ll ever come to getting a Miranda Priestly moment at the starry event.

Meryl Streep has been named as a co-chair of the Metropolitan Museum of Art’s Costume Institute. The Oscar-winner played Priestly, a thinly veiled fictional version of Vogue editor Anna Wintour, in the movie “The Devil Wears Prada.”

Wintour clearly has no hard feelings because she selected Streep as a co-chair along with Lin-Manuel Miranda and fellow Oscar-winner Emma Stone. Designer Nicolas Ghesquiere rounds out the group.

The gala’s theme is “About Time: Fashion and Duration,” which the museum described as a meditation on the ephemeral nature of fashion.

It takes place on May 4, and will launch the spring exhibit. The show is curated, as always, by Andrew Bolton. NVG

Met Gala 2019: A roundup of this year’s craziest looks