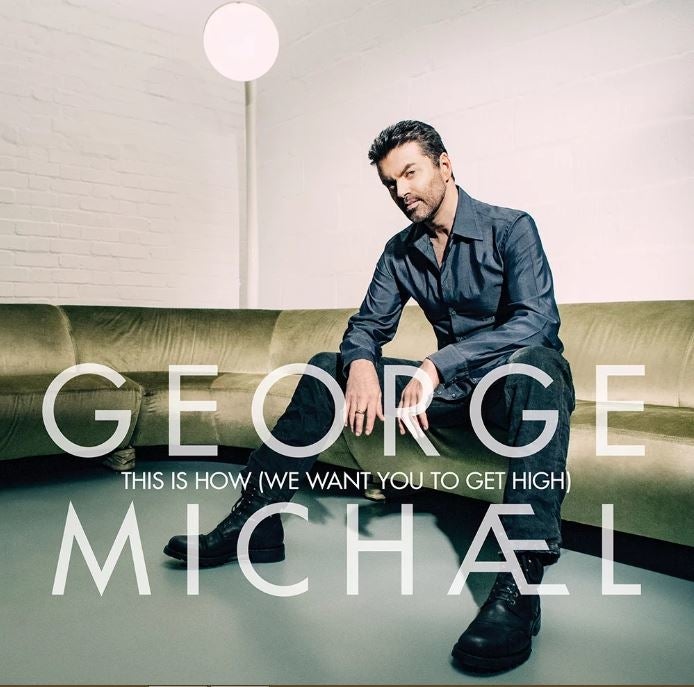 George Michael’s first posthumous single will be featured in the soundtrack to “Last Christmas”, which will be released on Nov. 8. Image: courtesy of the George Michael Estate via AFP Relaxnews

George Michael’s posthumous single “This Is How (We Want You To Get High)” will appear over the closing credits of the upcoming movie, “Last Christmas”.

Ahead of the film’s release on Nov. 8, the estate of the late musician has unveiled the bittersweet song that was recorded during Michael’s final studio sessions.

“This Is How (We Want You To Get High)” finds the late vocalist chronicling a dysfunctional family in which the father was a “drinker” and a “toker,” observing how parents can influence children with their bad lifestyle habits.

“Looking for a different space/Dreaming of a sunnier day/Oh, it never came, how could it have baby/Where the present meets the past/It’s hard to be more than we’ve seen,” Michael sings at the end of the song.

As The Telegraph pointed out, “This Is How (We Want You To Get High)” is one of the four songs that the musician completed for an album he was recording at the time of his death on Christmas Day, 2016.

“They are great songs. George was in a good space, excited about the future, confident that he was going to come back with a bang. It would have been an upbeat positive album, a 21st Century Faith. It’s a shame it wasn’t finished,” James Jackman, who was Michael’s co-writer and co-producer, told the British newspaper.

Although Jackman does not believe that the album will ever see the light of day, “This Is How (We Want You To Get High)” will appear on the soundtrack to the upcoming film “Last Christmas”.

The Christmas rom-com, written by British actress Emma Thompson and directed by “Bridesmaids”‘s Paul Feig, is inspired by the classic 1986 Wham! hit of the same name.

It follows the story of Kate (portrayed by “Game of Thrones” star Emilia Clarke) as she accepts to work as Santa’s elf for a department store during the holiday season.

Michael had given Thompson his blessing to pen the festive “Last Christmas”, whose soundtrack notably features twelve songs from his solo years.

“The wisdom and emotional scope of George’s lyrics have always amazed me. So many feel like they were written for the movie. After I met George and experienced his compassion and understanding up close, I realized that in fact the movie was written for those lyrics,” Thompson explained. JB