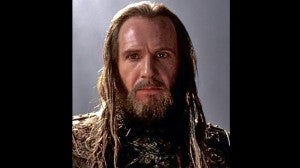 “WRATH of the Titans,” Jonathan Liebesman’s followup to Louis Leterrier’s gods-versus-mortals faceoff, “Clash of the Titans,” takes place 10 years after demigod Perseus (Sam Worthington) triumphs over the humungous sea monster, the Kraken. This time, the once-immortal gods of Mt. Olympus are in danger of extinction, because their followers have lost faith in—and stopped praying to—them.

Despite his perceptible dislike for the god of gods, Zeus (Liam Neeson), who just happens to be his adulterous and neglectful father, Perseus once again summons his latent heroism (albeit grudgingly) to embark on a dangerous mission to the Underworld, where his spiteful uncle, Hades (Ralph Fiennes), is holding his estranged brothers, Zeus and Poseidon (Danny Huston), the god of the sea, captive to get on the good side of their diabolical father, Kronos—who’s raring to wreak havoc and chaos on the world and its abject inhabitants!

The magical friends and menacing foes Perseus gets to interact with might entertain the film’s impressionable, young viewers: There’s the feisty flying horse Pegasus, the fire-breathing Chimera, the one-eyed, 30-foot Cyclops, the pyroclastic Kronos—etc.!

Unfortunately, while the production’s mythical creatures look grand and gargantuan, they don’t add much to the production, and Liebesman’s cinematic endeavor doesn’t offer anything new to the fantasy franchise. It’s also needlessly repetitive. 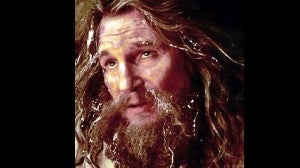 The movie has a saving grace, though: Neeson and Fiennes’ complementary portrayals. The latter is cast in another baddie role—but, he manages to create a distinctive difference between Hades’ vengefulness as a result of his banishment to the Underworld and Voldemort’s manipulative, power-grabbing motives in the “Harry Potter” series.

Our frustratingly over-the-top local kontrabidas would do well to learn from Fiennes’ fine performances as meanies with a heart. Indeed, less is more!

LMFAO at the Big Dome

On the concert scene, LMFAO’s Sky Blu and Red Foo, the wacky demigods of hip-hop shuffle, will turn the Araneta Coliseum (call 911-5555) into a rocking, throbbing party venue when they visit the country on April 11.

The chart-topping duo is responsible for the dance-club hits, “Sexy And I Know It,” “Champagne Showers,” “Getting Over You,” “La La La” and “Party Rock Anthem,” the No. 2 top-selling song on iTunes in 2011—behind Adele’s “Rolling In The Deep.”