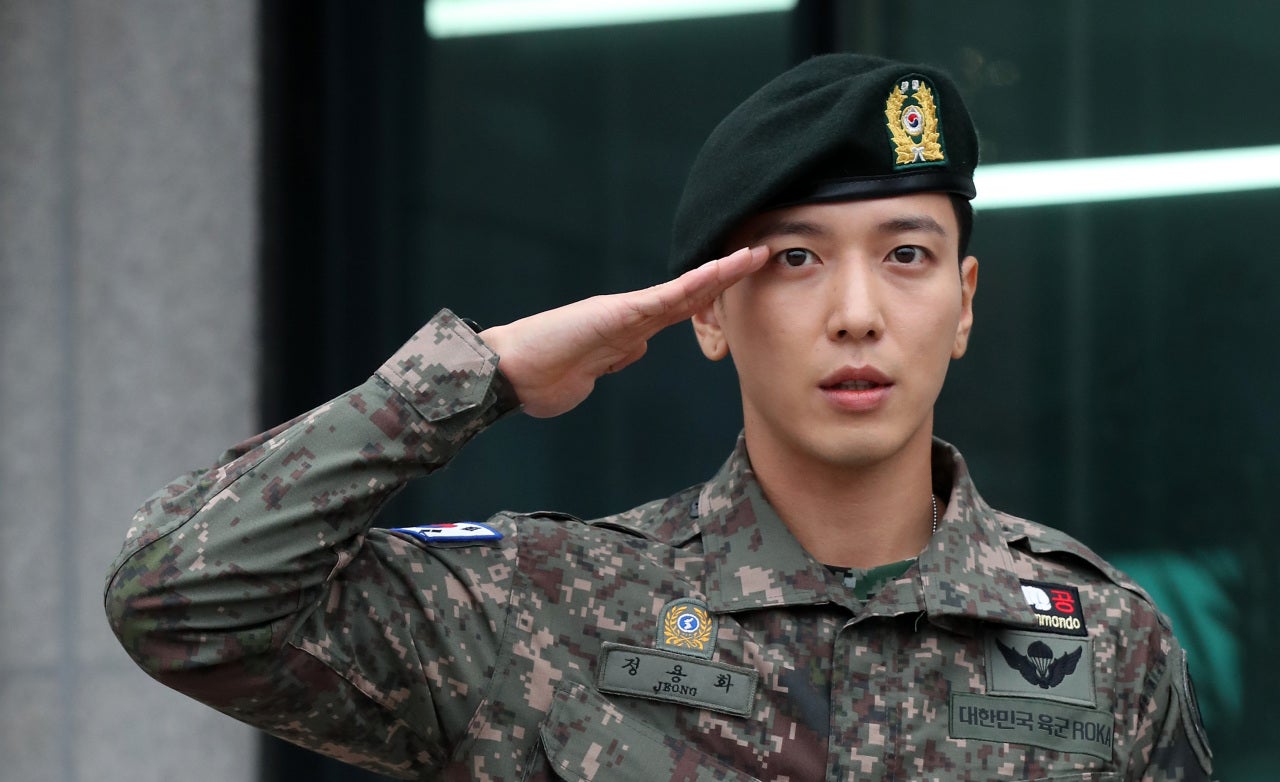 He thanked his fans and expressed hope that he would return to his job as early as possible during a special fan event at a community service center in Hwacheon, Gangwon Province.

Some 1,000 Korean and foreign fans from various Asian countries like China, Japan and the Philippines gathered to greet the singer.

“I feel both relieved and sad,” Jung said. “I was able to work harder in the military thanks to you fans who have been waiting for me.”

Jung finished nearly two years of military service at an Army unit in Chuncheon of the same province.

“I’d like to reward you with a music performance as soon as possible,” the 30-year-old said. (Yonhap)