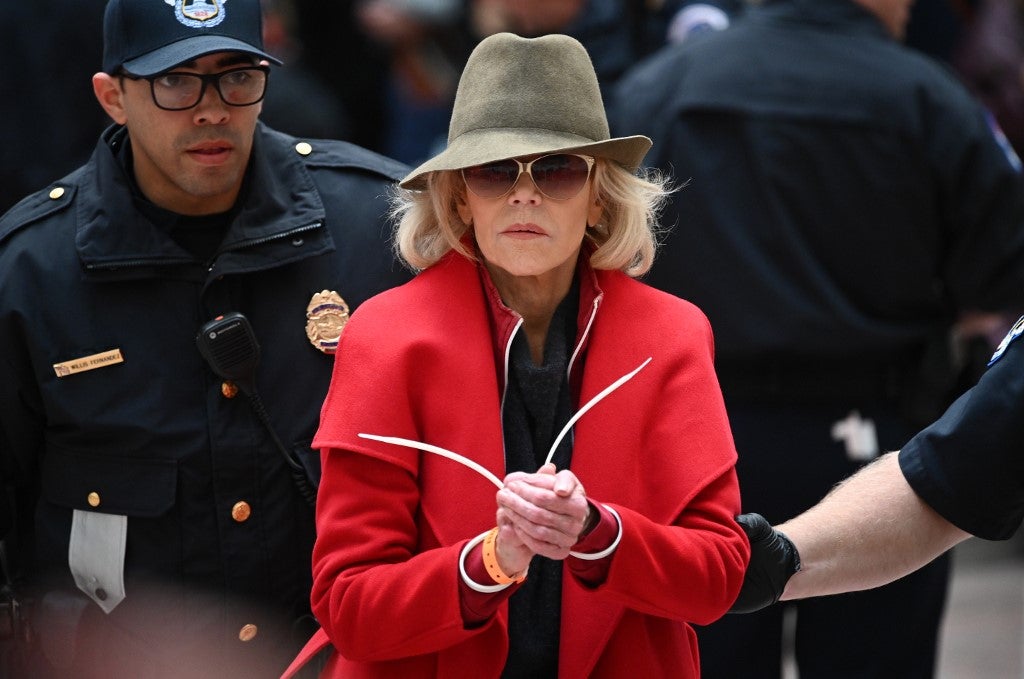 Actress and activist Jane Fonda is arrested by Capitol Police during a climate protest inside the Hart Senate office building on November 1, 2019 in Washington, DC. (Photo by Mandel NGAN / AFP)

WASHINGTON — Actress and activist Jane Fonda spent a night in a local jail after her fourth arrest in as many weeks while participating in a climate change demonstration on Capitol Hill.

The 81-year-old Oscar winner was among more than 40 people arrested Friday while sitting in the atrium of the Hart Senate Office Building. A spokesman for Fire Drill Fridays, Ira Arlook, says Fonda was the only one who spent the night in jail, her first as part of the ongoing demonstration.

Arlook says Fonda appeared in Superior Court about 1 p.m. Saturday and was released.

Fonda has said she plans to get arrested every Friday as she advocates for reducing the use of fossil fuels. A rally with speakers on various climate-related topics precedes the civil disobedience.