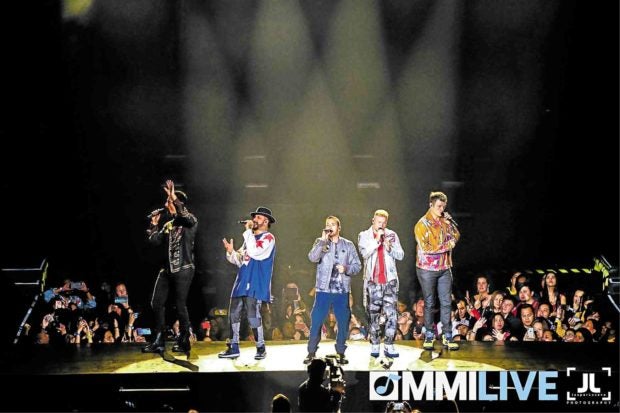 While some touring acts would have already been gearing up for their shows’ final stretch by the 15th song, the Backstreet Boys—in its recent Manila concert at SM Mall of Asia Arena—was barely halfway.

Twenty-six years after AJ McLean, Howie Dorough, Nick Carter, Kevin Richardson and Brian Littrell banded together as young music aspirants, and 20 years after they achieved pop superstardom, the Backstreet Boys remains among the most dedicated and in demand acts from the 1990s.

Fresh from a successful three-year Las Vegas residency that ended last April, the American group wasted no time and immediately embarked on a 100-date tour, filling up arenas around the world as it promoted its latest studio album, “DNA.”

The group’s longevity has a lot to do with the five members’ hard work, as well as their brotherly bond that helped them weather storms that threatened to tear them apart. But more importantly, they owe it to their loyal fans, who stood by them through it all. 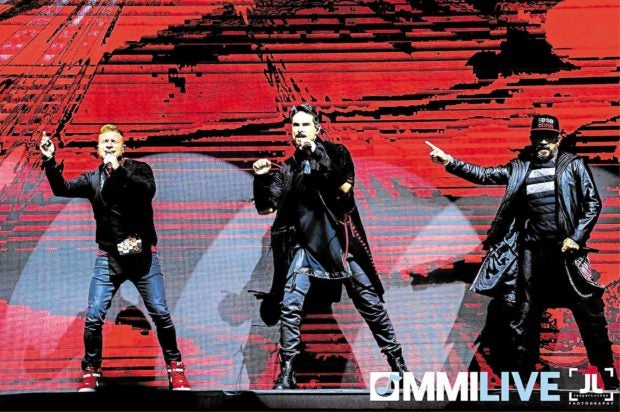 “It’s because of you, beautiful people, that the Backstreet Boys still exists,” Brian told the packed and pumped-up crowd, which was composed mostly of aging millennials, who, for about two hours, got to relive their childhood or teenage years through the band’s music.

“I can speak on behalf of the boys, that we love coming to your beautiful country and seeing your beautiful faces… Thank you for all the love and support for the past 26 years. Thank you for helping us create our legacy,” added Howie, who last performed in Manila with the gang in 2015. 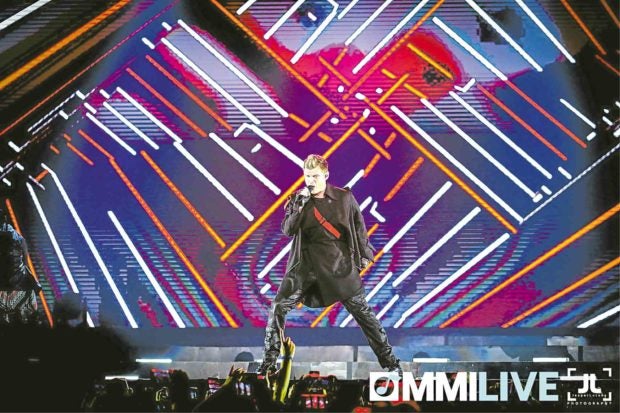 But they’re not content with merely revisiting old memories—they want to create new ones. Thus, for this concert, mounted by MMI Live, they made sure to introduce new songs, like “Don’t Go Breaking My Heart” and “No Place,” which sound quintessentially Backstreet Boys, while still very much in touch with current pop sensibilities.

Before performing “Passionate,” another new cut from ‘DNA,’” AJ and Kevin teased the crowd by changing outfits behind the prop boxes onstage. “Fifteen years ago, we were in very good shape; we used to go to the gym a lot back then. Now, we’re rocking the dad bod,” Kevin jested.

Then, they started tossing underwear to the crowd. “Remember when you ladies threw your bras and panties to us onstage?” asked AJ, who did most of the heavy lifting, vocals-wise, with his husky and soulful tone. “Tonight, we return the favor!”

Still, as expected, it’s the songs of old that had the crowd screaming, dancing and singing their hearts out: “Get Down,” “Show Me the Meaning of Being Lonely,” “Shape of My Heart,” “Quit Playing Games,” “I Want It That Way,” “All I Have to Give,” “As Long as You Love Me,” “Everybody” and more. 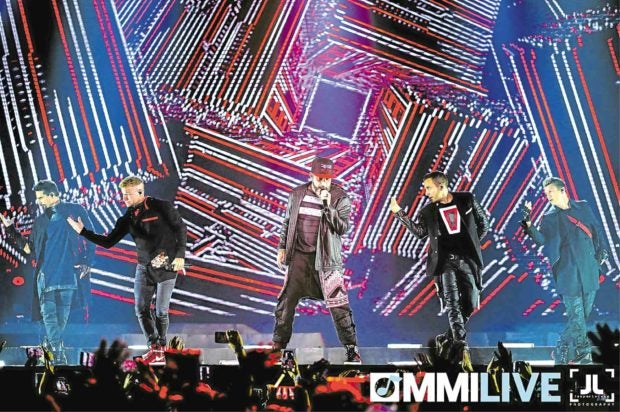 The band remains among the most dedicated and in demand acts from the 1990s.

“You were the best singing audience we have had … and still are,” Kevin said to raucous cheers. “We love your positive energy and vibes.”

And as they churned out one hit after another, AJ, Howie, Nick, Brian and Kevin, who remain hearty and committed performers to this day, cranked up the fan service and embraced the cheesy gloriousness of 1990s pop—the deliberate, cadenced poses, the dance formations, the come-hither finger and the slow fist raise while looking up. 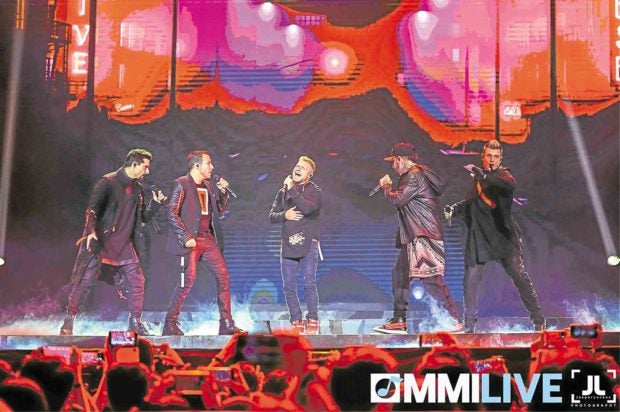 “I love this place. Everyone’s excited and passionate,” AJ told the “loudest crowd so far.” “I can’t wait to come back.”