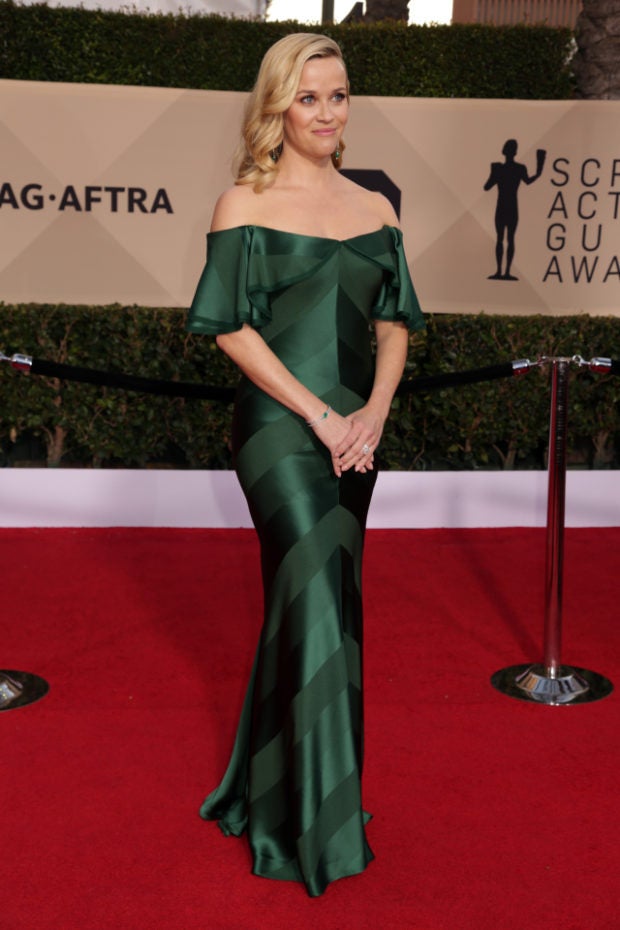 From Julia Roberts and Meryl Streep to Reese Witherspoon and Michael Douglas, Hollywood movie stars are being lured to television by higher production values, wider opportunities… and massive paydays.

Once the vastly poorer cousin of film, the small screen has enjoyed a stunning renaissance as members of the binge-watching generation swap trips to the multiplex for nights on the couch streaming the latest “premium” hit show.

Michael Mann, the acclaimed director of films “Heat” and “The Last of the Mohicans,” said the quality of TV in the U.S. has now overtaken that of movies in many cases—something that was not common when he produced television’s “Miami Vice” in the 1980s.

“The perception here was quite parochial—you were categorized as one thing or another,” he told AFP. “It was cinema looking down on TV, for good reason, because TV was pretty abysmal.”

The staggering financial incentives of crossing over to television are also clear.

The new “Big Five” TV streaming networks—Netflix, Amazon, Hulu, Disney and Apple—are expected to spend $27 billion this year on content, according to a recent FilmLA report.

That is approximately the combined budget of the top 130 most expensive feature films ever made—meaning colossal fees are possible for established marquee stars who make the switch.

Witherspoon and Jennifer Aniston are reportedly earning $2 million each per episode for Apple TV+ flagship program “The Morning Show”. It has already been granted a second 10-episode season.

“The impact that digital streaming services are having on the television and entertainment industry cannot be overstated,” the FilmLA report said.

At the Los Angeles launch for “The Morning Show,” Witherspoon said she was also drawn to television because it offered more diverse opportunities, particularly for older actresses and minorities, than traditionally white, male-dominated Hollywood studios.

“The idea that streaming services actually have empirical data that audiences want to see people of different ages, different backgrounds … creates an opportunity for new voices to emerge and new storytellers to emerge,” she said.

“So I’m enormously grateful to the streaming services—it’s changed my entire career.”

Directors too are eyeing up television for new opportunities.

Mann is working on a television series set during the Vietnam War. Steven Spielberg is writing a horror series for short-form streaming service Quibi, and bringing “Masters of the Air”—his second follow-up to “Band of Brothers”—to Apple’s new platform.

Ben Stiller, who has shot hit movies including “Tropic Thunder”, “Zoolander” and “The Cable Guy”, returned to his television roots this year behind the camera, directing Showtime’s prison-break drama “Escape at Dannemora”.

“I’d never done anything quite like this,” he told journalists at a Los Angeles TV summit. “I knew I always wanted to do more serious stuff and work in different areas as a director.”

“Television has changed,” he added. NVG

Julia Roberts finds life (and her roles) get better with age