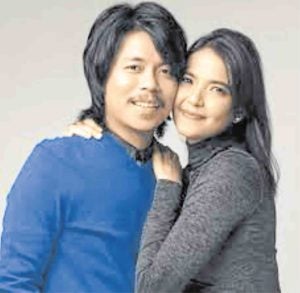 Two years after Alessandra de Rossi and Empoy Marquez starred in the box-office hit “Kita Kita,” they will reunite for another rom-com that will start production by the end of this year.

Asked if this is a sequel to the 2017 hit, Direk Sigrid Andrea Bernardo was quick to say “No, this is a totally different story. Alessandra and Empoy will reunite in the city of love—Paris, thus the title “Walang Ka-Paris.”

Direk Sig also disclosed that she was recently in Jakarta for the premiere night of “Cinta Itu Buta,” the Indonesian remake of “Kita Kita.”

In an appreciation post in her Instagram account, she wrote, “It was an overwhelming experience to watch a remake/adaptation of your own film. I was holding back tears all throughout the movie. As I continued to watch “Cinta Itu Buta” (Love is Blind), I became one of the audience members and forgot that this was a remake. I was transported to the sweet story of Diah and Nik.”

She also told the Inquirer that the remake was “same-same but different. They were very faithful to what the film is saying. Na-capture nila ang puso ng pelikula. There are things that are different because they shot this in Busan, South Korea, and that also goes with the other elements of the film because some parts were shot and edited differently.”

Direk Sig also mentioned that their male lead, Indonesian comedian Dodit Mulyanto looked very much like Empoy Marquez. She also said that this remake may have a part two in the near future.

“Cinta Itu Buta” will have its Philippine theatrical release on Nov. 13.