Nadine, James hesitant to have kids what with the ‘state of the world right now’ 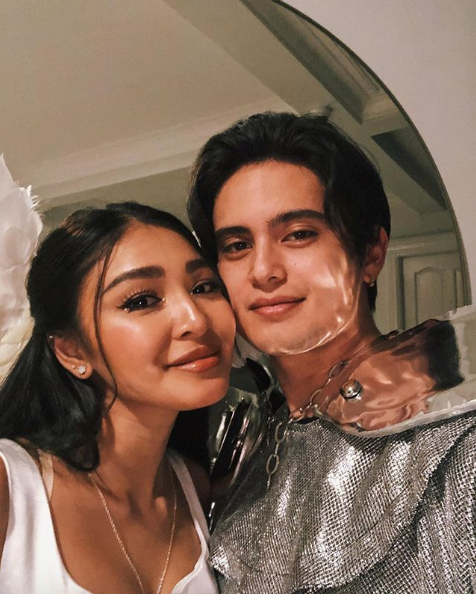 Nadine Lustre and James Reid are concerned about the “state of the world” and bringing a child into it.  Image: Instagram/@james

Nadine Lustre and James Reid discussed being hesitant about having kids in separate interviews on talk show “Tonight with Boy Abunda.”

In Reid’s interview aired on  Tuesday, Oct. 29, he said he was not sure about having kids when host Boy Abunda asked about plans to get married to Lustre.

“Where I am right now, I don’t think I can even have kids,” he said, expressing that he “would love to have kids.”

“The state of the world right now, I don’t know if I wanna bring another life into the world the way it is,” he explained.

When asked about what he would say to his future child, he said, “I’m sorry things have gotten this way.”

The actor, who runs his own record label Careless Music Manila, added, “The only thing I can think of is imagining the world is going to be like in 20 years. We haven’t changed the way that we live.”

In the talk show’s episode yesterday, Oct. 31, Lustre was able to give her take on what her boyfriend had said.

(I agree with him. There is a lot happening in the world right now that is uncertain. A lot of stuff happening. You know what I am talking about Tito Boy.)

“A lot of people are saying this is not the best time to raise children,” Abunda said, to which Lustre replied, “Tama (Correct).”

She also noted that they were both “still young” at 26 and that she wants to achieve other things.

Despite the seeming lack of optimism about the world as it is, Lustre said that Reid would make a good father. She said that he is the “number 1” person who pushes her to keep striving and advises her to trust herself.

The couple, known as JaDine, has been together for three years and counting. Reid admitted last March that they live together, and while they have not made their mind up on kids, the two are fur parents to a corgi named Calcifer.

They join other millennials who find the world a discouraging place for kids: Miley Cyrus herself said in Elle last August, “We’re getting handed a piece-of-sh*t planet, and I refuse to hand that down to my child.”  Niña V. Guno /ra

James Reid says no to working with Julia Barretto