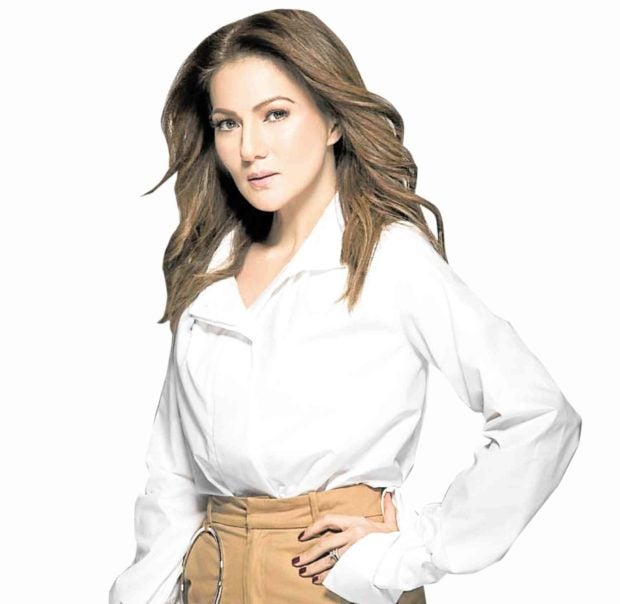 Carmina Villaroel, who has not been seen on the big screen for two years, said she experienced anxiety attacks while making her latest film project, the horror flick “Sunod.”

“I can’t reveal what the scene is all about. Let’s just say my character is with her daughter there. I already knew what I was supposed to do when I read the script and practiced our blocking for the scene, but for some strange reason, while doing it, I suddenly couldn’t breathe and felt anxious. You see, ours isn’t your typical Pinoy horror film. Its attack is very different. It’s eerie and creepy,” she told the Inquirer.

Carmina said she had asked that they stop shooting for a while. “I already know what to do during panic attacks. So, I just had to pause and do some deep breathing. I also applied aromatic oil on my forehead,” she explained.

“Sunod,” with Carlo Ledesma at the helm, is a replacement of the horror movie “(K)ampon” as an entry in the 2019 Metro Manila Film Festival (MMFF) in December.

“I only found out that we’re included in the lineup on the day it was announced, and that we’re the only horror film entry. I’m super excited,” the actress said. “I grew up watching ‘Shake, Rattle & Roll.’ Matatakutin ako (I get scared easily). It’s been a while since I made a horror film, and when I read the script, I said it was time to face my fears.”

Asked whether she felt that her performance in “Sunod” would warrant an acting award, the 44-year-old actress said she would like it better for the film to do well in the box-office race than get trophies.

“Doon ako sa producer’s side. I don’t have expectations. The fact that we got included as an entry already made me happy,” she said. “I just want to say that I hope the audience will give the film a chance. The festival is long, anyway, and there are only eight films to choose from. Even during the years that I wasn’t part of the MMFF, I supported it by watching as many films as I could.”

Despite always getting scared of horror movies, Carmina said she hoped to make more in the future. “Kahit hindi horror. There’s a different kind of fulfillment in making a movie. I’m happy to be working with Team Ten17P (Films, producer of ‘Sunod’) and with Direk Carlo,” she declared.

“Sunod” was shot inside the old Quezon Institute, which was built in the 1930s.

Carmina said she was excited to see the film with her husband Zoren Legaspi and their twins Cassy and Mavy. “Ako na ang pinakaduwag sa amin. They’re all super excited, since this also shows the relationship of a mother with her daughter. We’re just not sure what its rating will be.”