Like Winwyn Marquez, this ‘Reina’ is in it to win it | Inquirer Entertainment
Close
menu
search

Like Winwyn Marquez, this ‘Reina’ is in it to win it 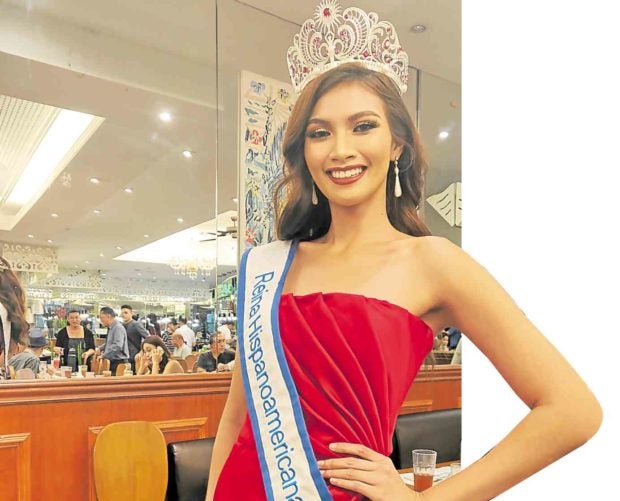 For being the first Asian woman to win the Reina Hispanoamericana crown in the first year a representative from the continent participated in the Latin America-based pageant, many fans consider Kapuso star Teresita “Winwyn” Marquez’s feat nothing short of phenomenal.

That is why the Philippines’ bet to the 2019 Reina Hispanoamericana pageant, Katrina Llegado, made sure to pick up some tips from the multihyphenate performer who won in 2017.

“She told me just to have a good attitude towards the other candidates,” Katrina told Inquirer Entertainment during her sendoff press conference held at Cabalen at Ayala Malls TriNoma in Quezon City on Thursday.

And because Winwyn’s Reina Hispanoamericana performance was remarkable, she advised Katrina to “really perform, have some ‘pasabog’ (surprises), and slug it out with the Latinas,” Katrina shared.

The two queens sat for dinner in Alabang, Muntinlupa City, where Winwyn is based.

“I approached Ate Wynwyn. I know she’s busy with taping, but she really made time to see me. We talked about her experiences,” Katrina said.

She said the TV and movie personality told her to just enjoy the pageant, which is looking for someone who really celebrates Spanish culture, not just in Latin American countries, but in the entire world.

“That is something we can do as Filipinos. I’m the only one representing an Asian country there. That’s what I will show… what makes us unique and stand out,” Katrina continued. 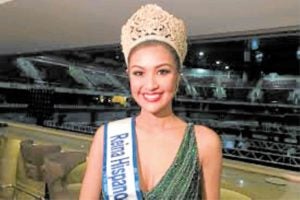 Reigning Miss World Philippines Michelle Dee, who hosts the makeover show “Glow Up” with Winwyn, said the international beauty titleholder was confident that Katrina would bring home the crown.

“We have a very strong contender, who is a frontrunner,” Michelle quoted Winwyn as saying.

“She has been supportive of me since the night I won. She immediately contacted me,” Katrina shared.

“She told me everything she knew about preparing for Reina Hispanoamericana, even the sponsors that I would be needing,” Katrina added.

Eight designers have reportedly lent their support to the Filipino beauty queen, with Chico Estiva providing the national costume and Pablo Mendez executing the evening gown.

Katrina also said she felt the support of the Filipino people, and it has boosted her confidence.

With only two predecessors, Katrina may have a limited range of knowledge to learn from, but she feels it is enough for her to gauge how to devise her strategy to clinch the country’s second Reina Hispanoamericana victory.

“What Winwyn showed us is performance. Alyssa’s strategy is to blend with the Latinas. What I can do is to present what a true Filipino woman is. What the organization wants is someone who stands out, with something new to offer,” Katrina shared.

Katrina is flying to Bolivia with her parents and brother, who will stay there for the duration of the competition.

The 2019 Reina Hispanoamericana pageant will culminate in a festive coronation night in Santa Cruz dela Sierra, Bolivia, on Nov. 9 (Nov. 10 in Manila).

Katrina hopes to rally the support of the Filipino people to vote for her on the pageant’s social media platforms, to help her secure a spot in the Top 10.