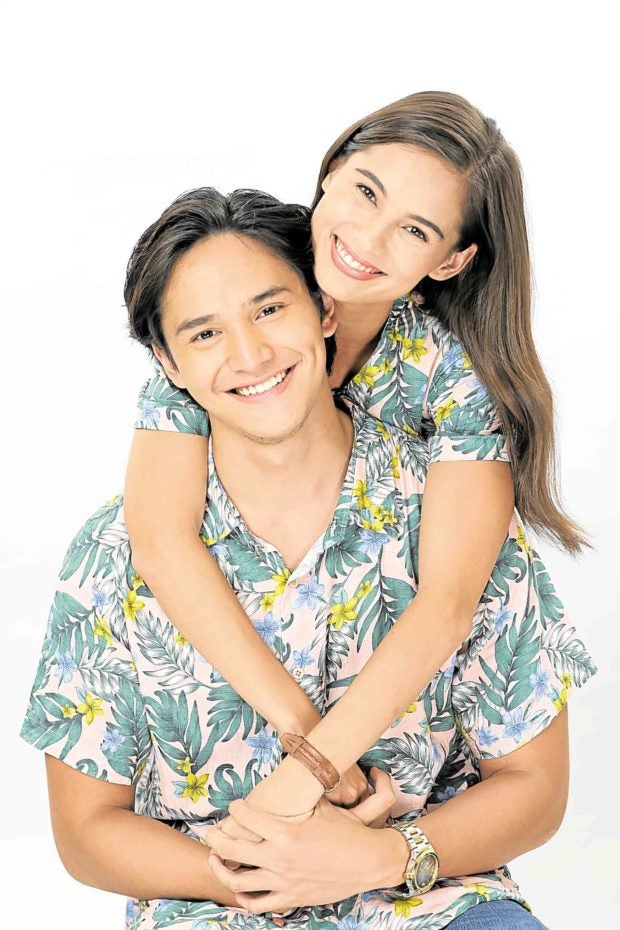 In the rare occasions Jasmine Curtis and her elder sister, Anne Curtis, are having a misunderstanding, or tampuhan, they make sure to keep the nitty-gritty strictly between themselves.

“The thing is, with Ate and me, we don’t let [our problems] known to anyone, even to friends. The issue stays only among those who are involved in it—kami-kami lang,” she told reporters at a recent press conference for “Cara x Jagger,” the upcoming romantic screen drama she headlines with Ruru Madrid.

The topic, about how Jasmine settles her differences with Anne, inevitably popped up at the said media event, in light of the ongoing and very public spat among the Barrettos—Gretchen, Marjorie and Claudine, in particular—which has been hogging the headlines as of late.

“We seldom get into fights. Perhaps our nine-year age gap has something to do with it,” surmised the 25-year-old actress. “You can count in one hand the number of times we had ‘issues.’ About three times? And they’re small things, nothing really serious, nothing escalated.”

That said, physical altercations—may it be hair-pulling or whatever—is out of the question. 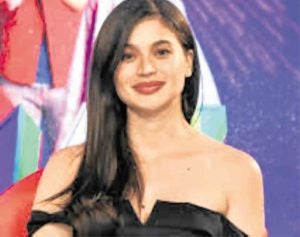 “My God! Kahit kurut-kurot sa kilikili, walang ganun! It’s all peace, love and happiness for the two of us. I’m sorry, but you will all be unable to unmask any issues!” she quipped, drawing laughter. “We’re too peaceful!”

The only “concern” they have at the moment is how to go about purchasing the car they had promised their mother in Australia. “We have been planning to get her a new one. She’s due for an upgrade. We hope to get it by Christmas,” she related. “That’s why I have been working a lot. Go lang hanggang kaya ng katawan!”

One of those projects is “Cara x Jagger,” which opens in cinemas on Nov. 13. Produced by APT Entertainment and Cignal TV and directed by Ice Idanan, the film is about formers lovers, Cara, “the girl who can’t forget,” and Jagger, “the boy who can’t remember.”

Cara (Jasmine) seeks to do everything in her power to forget a painful moment that ruined their relationship. Meanwhile, Jagger (Ruru Madrid) is struck with a condition that has robbed him of his memory. Jagger’s grandfather, in a desperate move to help his grandson, asks Cara’s help for Jagger to regain his sense of self and his recollection of the past.

“The movie is character-centric,” she said of “Cara x Jagger,” which is her first lead role in a mainstream film. “Though the conflict between the characters is quite unusual, the story still represents what love is all about—loving someone unconditionally and moving on, no matter how painful a relationship has become.”

As for his leading man, Jasmine described Ruru as a “funny” and “very caring” young man. “He’s sociable with everyone on the set, from the director to the crew. He’s invested in his craft, and I can see that he wants to learn more,” Jasmine observed. “He’s also a gentleman. When he sees that I’m wearing high heels, he makes sure to offer his hand.”

She was likewise impressed by her fellow Kapuso star’s acting talent. “He’s a really effective actor. I think he should do more films. And maybe his performance in this will inspire more producers to work with him,” she said.

Ruru admitting to her beforehand that she’s one of his crushes initially made things awkward for Jasmine at first. “There’s ilang factor, when I learned about that. You can’t avoid that,” Jasmine related. “But I became more comfortable with him as we moved along. And at work, we forget that I’m Jasmine and he’s Ruru.”