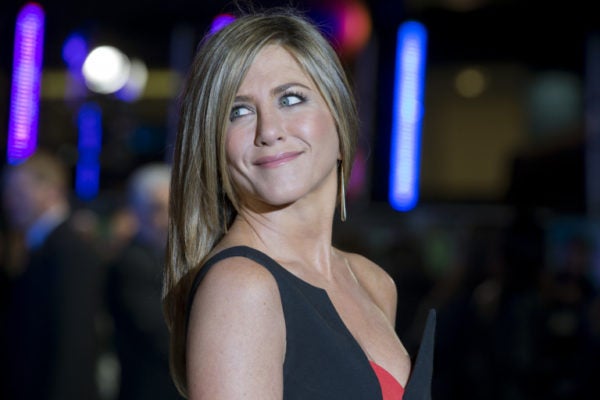 When Jennifer Aniston signed up to help launch Apple’s new streaming TV service with a star-studded drama set in the colorful, cutthroat world of morning news, it seemed straightforward enough.

Aniston, preparing for her first return to television since “Friends”, watched along with the rest of America in 2017 as anchors from NBC’s Matt Lauer to CBS’s Charlie Rose lost their jobs after being accused by women of sexual misconduct.

“Once #MeToo happened, obviously the conversation has drastically changed — and then we just incorporated it,” said Aniston, who stars in “The Morning Show” along with Reese Witherspoon.

Both actresses are also executive producers of the series, which will premiere on Nov. 1 when Apple TV+ goes live.

“We all really sat and thought about how the tone would be. And we wanted it to be raw and honest and vulnerable and messy and not black-and-white,” Aniston told journalists at a Los Angeles press conference.

The result is an edgy, humorous, and at times surprisingly dark look behind the scenes at a fictional New York-based morning news show.

It sets the scene for a battle over who will replace him and prompts questions about how much the group of fiercely ambitious journalists and executives knew about his actions.

“I feel like what the heart of it is about, it’s about how people lie to themselves,” said showrunner and writer Kerry Ehrin (“Friday Night Lights”).

“It’s impossible to talk about morning news and not deal with #MeToo — it would be somewhat negligent,” Ehrin added.

She describes the show’s characters as “in many ways, dark people, messed up.”

Both actresses canvassed the advice of TV journalists, female and male, including Sawyer, Katie Couric, Gayle King, Robin Roberts and Meredith Vieira, who encouraged an alleged victim of her former co-host Lauer to come forward.

“George Stephanopoulos was particularly helpful,” said Witherspoon, before Aniston added, “And excited for this, not in fear of it at all.”

The show is based on “Top of the Morning”, a behind-the-scenes 2013 book by former New York Times media correspondent Brian Stelter, now at CNN, who is updating it to reflect #MeToo developments.

“Clearly in 2012, 2013 when Matt Lauer was getting Ann Curry fired from ‘The Today Show’, there was a lot we did not know that was going on behind the scenes,” Stelter said.

But creators insist the show is not based on specific real-life events. And — perhaps unsurprisingly, as a flagship Apple production — “The Morning Show” is happy to lampoon traditional TV networks more broadly.

One fictional executive in an early episode boldly predicts that the world of broadcast news “could just fall off a cliff” or, worse still, be bought out by big tech.

In another, Witherspoon’s character responds to news of the anchor’s firing with the line: “One less idiot to peddle soft news to the masses.”

Michael Ellenberg, who is executive producer on three of Apple’s upcoming programs including “The Morning Show”, says the series “is looking at the broadcast era, while helping launch a new streaming service.”

“The Morning Show” is one of nine launch programs for Apple TV+, which will be available in more than 100 countries at $4.99 per month.

Other launch shows include Game of Thrones-style drama “See”, in which a virus has left all humankind blind until a pair of twins with the power of sight miraculously appear, sparking conflict.

Also on the roster are counterfactual astronaut drama “For All Mankind”, which imagines the space race if the Soviets had landed first on the moon, and a feminist, coming-of-age series about poet Emily Dickinson starring Hailee Steinfeld.

In the pipeline are a range of additional future programs produced by or starring Hollywood giants, from Steven Spielberg and Alfonso Cuaron to Samuel L Jackson and Will Ferrell. IB/JB