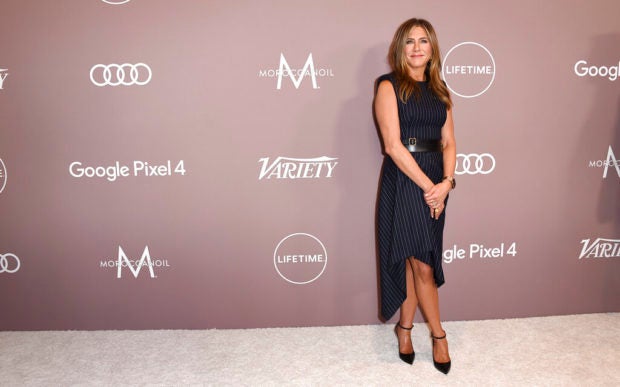 With 23 films released in the last decade and many more to come, it seems that there is no stopping Marvel Studios in dominating the comic book movie genre. Even with millions of fans and billions in box office returns, however, it is no surprise that the franchise is not for everyone. Jennifer Aniston expressed that she is not a fan.

The “Friends” star lamented that the film industry is affected in terms of the availability of dramatic roles for actors such as herself because of “big Marvel movies.” This she pointed out when asked why she is returning to TV in an interview with Variety on Oct. 8.

“It wasn’t until the last couple of years when these streaming services were just sort of exploding with this amount of quality that I actually started to think, ‘Wow, that’s better than what I just did,'” Aniston said. “And then you’re seeing what’s available out there and it’s just diminishing and diminishing in terms of, it’s big Marvel movies. Or things that I’m not just asked to do or really that interested in living in a green screen.”

Aniston added that cinema has “changed so much,” and that “we would so love to have the era of Meg Ryan come back.”

“I just think it would be nice to go into a movie theater, sit cozy. I think we should have a resurgence. Let’s get the ‘Terms of Endearment’ back out there. You know, ‘Heaven Can Wait’, ‘Young Frankenstein’, ‘Blazing Saddles’, ‘Goodbye Girl’,” she reminisced.

Netizens, however, were outraged over the actress’ apparent shading of the Marvel Cinematic Universe.

Film critic Hanna Ines Flint was one of them, as she slammed Aniston on Twitter by bringing up the actress’ seemingly bad movie record on American film and TV review-aggregation website Rotten Tomatoes.

American blogger and media personality Perez Hilton was also among those angry at Aniston’s comments, saying “All these people that criticize Marvel movies are just salty they’re not asked to do them!”

All these people that criticize Marvel movies are just salty they’re not asked to do them! https://t.co/vsrT0tqgCA #JenniferAniston

But others defended Aniston’s opinion. One Twitter user @Reprob9 disagreed with Flint’s reaction, explaining that Aniston “was saying that role availability is diminishing due to the overwhelming presence of marvel films/other green screen movies. I love Marvel movies but she’s not wrong.”

The reading comprehension here is rock bottom. She was saying that role availability is diminishing due to the overwhelming presence of marvel films/other green screen movies. I love Marvel movies but she's not wrong. They constitute a lot of releases… 1/2

Aniston’s interview was in line with her upcoming web TV show “The Morning Show”, coming out on streaming service Apple TV+ in November. Aniston has not yet issued a statement regarding the backlash, as of writing. Ian Biong/JB