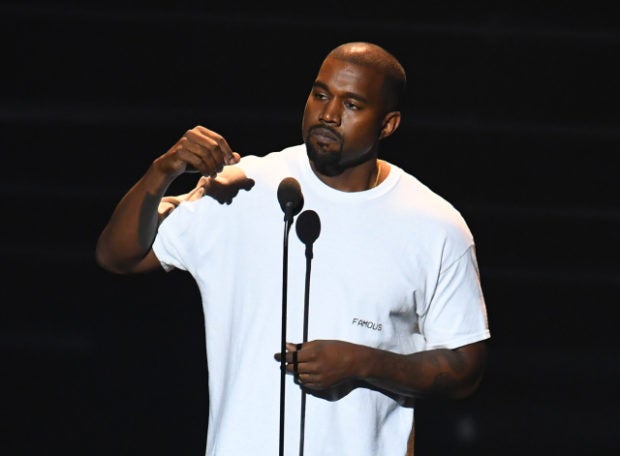 Hours before the long-anticipated, much-delayed release of his purported gospel album, the 42-year-old artist told Zane Lowe of Apple Music’s Beats 1 show that his support for the current United States president had been a way to razz Democrats.

“For the greatest artist in human existence to put a red hat on was God’s practical joke to all liberals. Like, ‘No! Not Kanye!'” said the performer, who has made a very public turn to Christianity in recent months.

West also said he would one day be commander-in-chief: “There will be a time when I will be the president of the U.S., and I will remember… any founder that didn’t have the capacity to understand culturally what we were doing.”

It was unclear to whom the artist was referring.

“Some people drown themselves in drugs, and I drown myself in my addiction: sex,” West said, explaining he discovered pornography at a young age and became addicted to sex after his mother died in 2007.

The artist, known for missing his own deadlines, then promised a 10th album entitled “Jesus Is Born” would drop on Christmas.

With “Jesus Is King” set to drop overnight Friday, the Chicago-raised mercurial artist is expected to release music with a much stronger message of evangelical salvation than his past gospel-tinged work. It follows a year that has seen West play minstrel, touring the country for impromptu “Sunday Service” performances, a concert series featuring gospel choirs and heavy Christian vibes.

He first publicly performed a “Sunday Service” at April 2019’s Coachella festival, having previously held them only for select guests, mostly celebrities.

West’s California preacher Adam Tyson recently said on a faith-focused podcast that the artist, who burst onto the scene in the early 2000s as a producer for rap titans like Jay Z, believes he has been “radically saved.” RGA