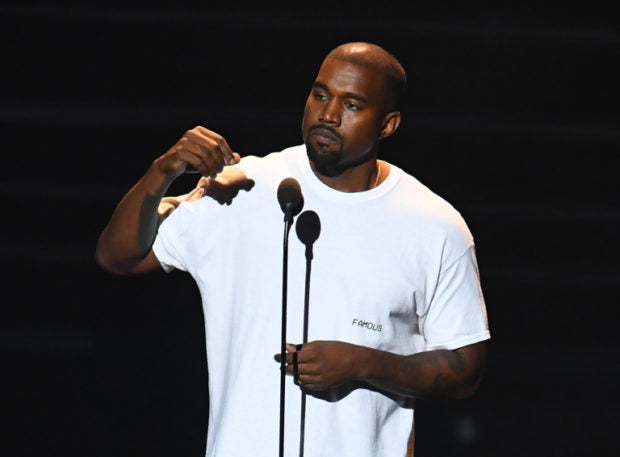 The much-touted movie will feature “songs arranged by West in the gospel tradition along with new music from his forthcoming album ‘JESUS IS KING’.”

Multiple release dates for the album, which apparently sees the mercurial artist take a sharp departure from rap to gospel, have come and gone in the past month.

Rather than release the album, West has been touring the United States and doing pop-up stagings of his “Sunday Service”, his performance series that includes gospel choirs and a dose of Christian spirituality.

The film brings the service “to life,” its website said, and was filmed in the summer of 2019.

Imax announced that limited screenings of the film would begin Oct. 25, thought its website where tickets are available for purchase had showtimes starting Oct. 24.

The sparse trailer for the film featured a bright light at the end of a tunnel, which the viewer appears to get closer to as a chorus of melancholic gospel rings out.

“Saved by his grace, it’s in his will,” the voices sing.

West has long included tinges of religiosity in his music, most blatantly with his 2004 hit “Jesus Walks”.

But his previous work remained definitively rap with hints of gospel, and now the 42-year-old appears to be taking interest more in the latter.

His California preacher Adam Tyson recently said on a faith-focused podcast that West believes he has been “radically saved.”

The performer reportedly no longer cusses and during the latest episode of the hit reality series “Keeping Up With The Kardashians,” on which his wife Kim stars, he took aim at her “too sexy” gown at this year’s Met Gala.

“You are my wife and it affects me when pictures are too sexy,” West said of the skintight nude Thierry Mugler dress that Kardashian wore.

“You built me up to be this sexy person (with) confidence and all this stuff, and just because you’re on a journey and transformation doesn’t mean I’m in the same spot with you,” she fired back. IB/JB

Thousands show up for free Kanye West ‘service’ in Utah