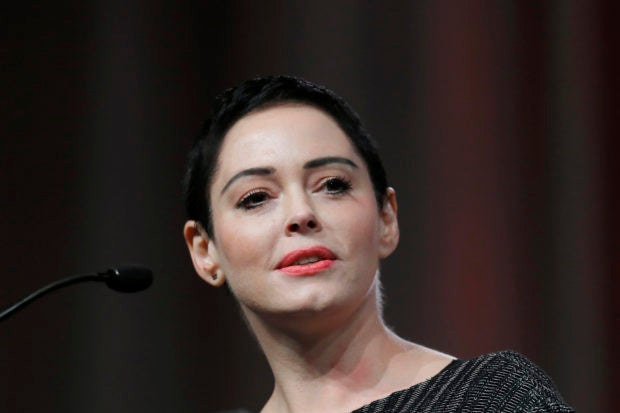 LOS ANGELES (AP) — Actress Rose McGowan filed a federal lawsuit Wednesday alleging that Harvey Weinstein and two of his former attorneys engaged in racketeering to silence her and derail her career before she accused him of rape.

The suit filed in Los Angeles names as defendants Weinstein, attorneys David Boies and Lisa Bloom and their law firms, and Black Cube, an Israeli intelligence firm hired by Weinstein.

The lawsuit alleges that the defendants conspired to defraud, smear and marginalize McGowan as she was preparing to name Weinstein during the run-up to the explosion of the #MeToo movement late in 2017. The suit comes on the heels of a pair of recent books that detail Weinstein and his team’s efforts to keep his accusers quiet.

“Harvey Weinstein was able to perpetrate and cover up decades of violence and control over women because he had a sophisticated team working on his behalf to systematically silence and discredit his victims,” McGowan said in a statement. “My life was upended by their actions, and I refuse to be intimidated any longer.”

Weinstein’s attorney Phyllis Kupferstein said McGowan is “a publicity seeker looking for money” and her suit is meritless.

“From the moment she sought a $6 million dollar payout in return for not making these baseless allegations, which we rejected at the time, we knew that she was waiting for an opportune time such as this to begin her suit,” Kupferstein said.

Emails seeking comment from the other defendants were not immediately returned.

McGowan, 46, known for her role in the “Scream” movie franchise, was one of the earliest and one of the most prominent of dozens of women to accuse Weinstein of sexual misconduct, making her a major figure in the #MeToo movement.

McGowan had been tweeting in 2017 that she was preparing to name her rapist in a forthcoming memoir, “Brave”, which was published the following year.

The lawsuit alleges that the defendants used spies posing as women’s rights advocates and journalists to obtain a copy of the memoir, illegally recorded her conversations, and smeared her to those in the entertainment industry who were working on projects with her.

Hers is one of several lawsuits, along with criminal charges, against Weinstein stemming from the sexual misconduct allegations, including a defamation suit from actress Ashley Judd.

But McGowan’s lawsuit goes further than most in including the team around Weinstein, alleging that they illegally conspired to intimidate her, other victims, and journalists attempting to tell their stories. 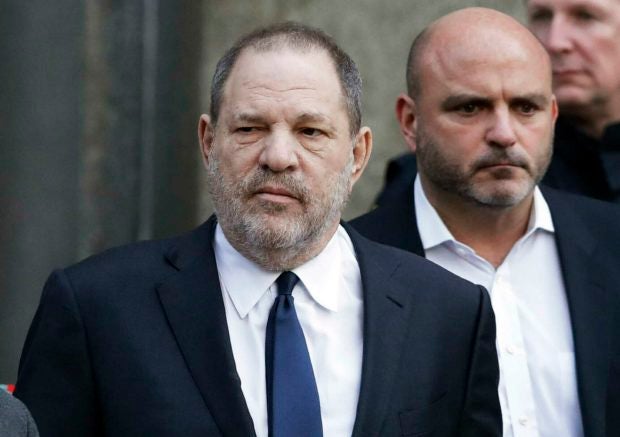 “Weinstein enlisted others — including his co-defendants in this case — as co-conspirators, all working with a single mission: to protect Weinstein’s reputation, suppress negative information about him, and silence and discredit his accusers,” the lawsuit states.

The lawsuit heavily cites and repeats stories detailed in the recently released books “Catch and Kill” by New Yorker writer Ronan Farrow, and “She Said” by Jodi Kantor and Megan Twohey.

Both books delve into the work done for Weinstein by Boies and Bloom, two of the most prominent and visible attorneys in the nation, who both faced heated criticism for representing the movie mogul.

Boies is best known for defending Al Gore during the disputed 2000 presidential election. Bloom, like her mother and fellow attorney Gloria Allred, is primarily known as a women’s rights attorney who often represents women in sexual harassment and assault cases.

The lawsuit alleges that Bloom approached McGowan and Farrow as an ally in an attempt to get them to back off Weinstein, without revealing that she was working for him to revive his reputation.

Bloom’s attorney, Eric M. George, said in a statement that it “is inexcusable that Ms. McGowan chose to include my client in her lawsuit. Facts matter. There is simply no credible factual or legal basis for her claims against my client.”

An email to Boies seeking comment was not immediately returned.

The suit seeks both compensatory and punitive damages to be determined at trial, and an injunction forbidding further misconduct toward McGowan.

“McGowan has suffered tremendously from Defendants’ conspiracy and lies,” the suit states.” Her book sales suffered; her expenses mounted; her job opportunities vanished; and her emotional health cratered. She has experienced trauma and depression from defendants’ actions, and the deep betrayal will have life-long effects.”

The Associated Press generally does not name people who say they are victims of sexual assault, unless they speak publicly as McGowan has done.

Weinstein, 67, is scheduled for trial in January on charges alleging that he raped an unidentified woman in his New York City hotel room in 2013 and performed a forcible sex act on a different woman in 2006.

The former movie mogul has denied all allegations of non-consensual sex. IB/JB