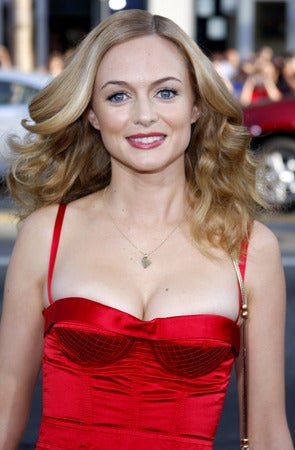 Another Hollywood celebrity has come forward in light of the sexual harassment allegations thrown at movie producer Harvey Weinstein.

Writing a revealing piece for Variety, Heather Graham revealed that Weinstein asked her to have sex with him in exchange for being included in his movie in the early 2000s.

“‘I want to put you in one of my movies,’ he said and offered to let me choose which one I liked best. Later in the conversation, he mentioned that he had an agreement with his wife. He could sleep with whomever he wanted when he was out of town. I walked out of the meeting feeling uneasy,” Graham wrote.

Not giving up, Weinstein invited the actress again in his hotel suite. Due to her previous experience with the movie mogul, she confided to a fellow actress friend and offered to chauffeur her in the meeting. Thinking twice, she called Graham to inform him she couldn’t make it.

“I made up an excuse—I had an early morning and would have to postpone. Harvey told me that my actress friend was already at his hotel and that both of them would be very disappointed if I didn’t show. I knew he was lying, so I politely and apologetically reiterated that I could no longer come by,” she said.

Because of her rejection, Weinstein instead dropped her as an initial choice for the role. She never starred in any of his films since.

She added that because of the New York Times article that featured Ashley Judd speaking about her encounter, she admitted that she felt ashamed for not sharing her story awhile back. “If I have spoken a decade ago, would I have saved countless women from the same experience I had or worse?”

“I hope that dialogue covers the gray areas where we ask ourselves, ‘Did what I think happen just happen?’ and that we are no longer shamed into feeling that we should grow a thicker skin, or that our story ‘isn’t good enough to count,'” Graham commented.

Her story follows a similar narrative from the eight women testifying how Weinstein harassed them in exchange for job offers by the movie mogul and how he quietly settled legal suits against those who filed charges.

Following the exposé, Weinstein has faced a backlash, getting fired from his own company and his name being removed from several television shows and future movie projects he produced.  Katrina Hallare /ra