CHNDTR wishes to go beyond trends 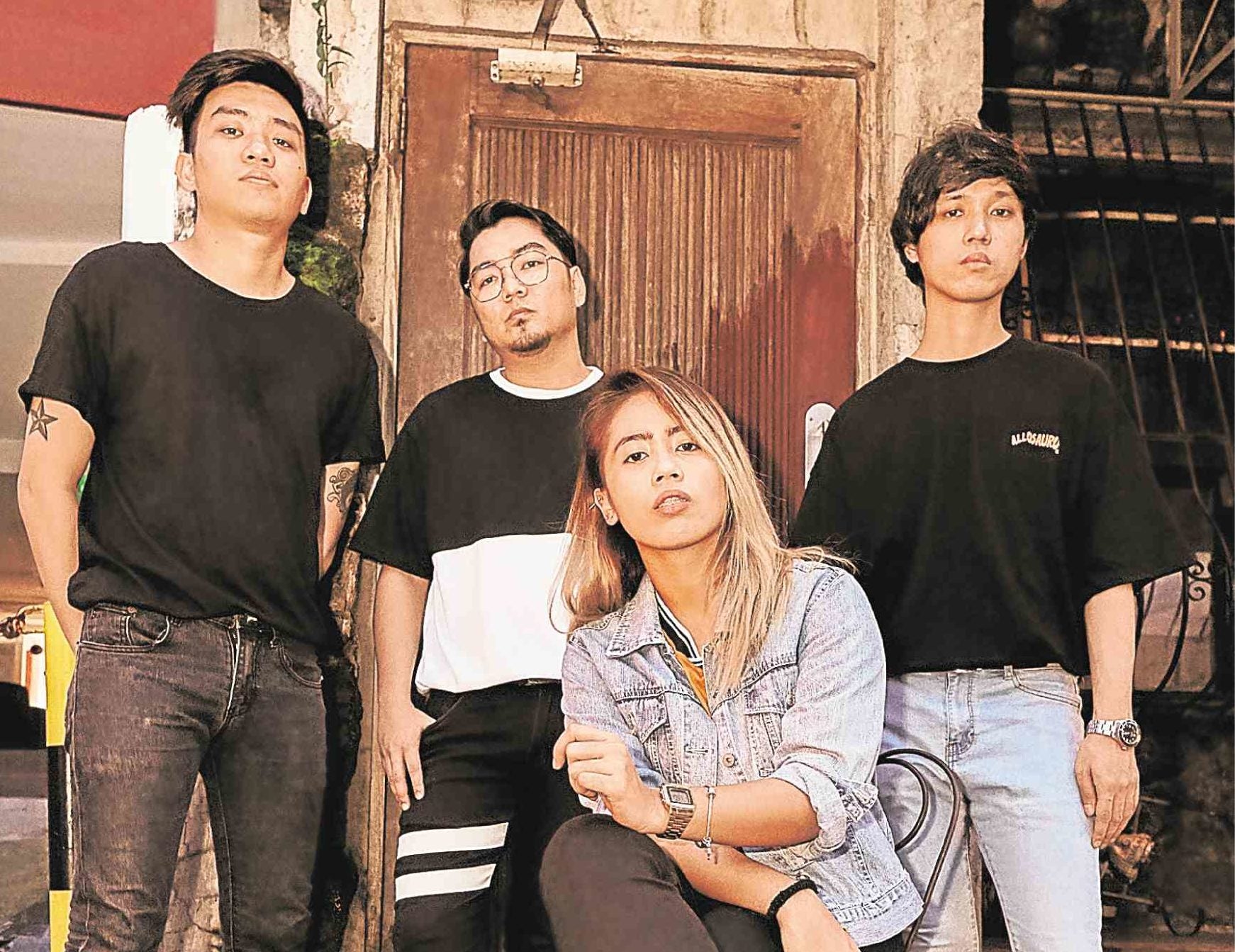 Because CHNDTR potently melds heartrending lyrics, driving melodies and wailing punk-rock instrumentation, its fans took it upon themselves to call the band’s genre as “hugot-core”—a made-up label that the group nonetheless readily embraces.

“Our followers called our music hugot-core, because our songs, they tell us, sound upbeat and fun, but you realize later on that there’s pain in them, too,” Chin said in an interview at the recent press launch of the indie quartet, which is also composed of lead guitarist Niko Bacani, bassist Sean de Leon and drummer Benjo Criste.

“It’s OK if our listeners want to call us that,” added Chin, who started tagging along and playing gigs with her musician parents and uncle at the age of 9. “But our goal is for our songs to be a source of comfort to the people, and not to make them feel even more depressed.”

While the so-called “hugot” culture is prevalent among young people today, it’s not the reason the band gravitated toward that kind of music. “It’s not something we decided to do just because we saw that it’s a trend or because young listeners love it. It’s just what naturally comes out of our songwriting,” she said.

Chin, who cited Barbie Almalbis, No Doubt and Avril Lavigne as some of her influences, related that her songwriting process is in a way inspired by her love for movies.

“I try to come up with scenarios and put myself in them, then I sort of direct the song. I imagine the lead doing this and that, then she gets duped in the end,” she said. “I also draw inspiration from my friends’ experiences, the pain they have gone through.”

Besides, the band members believe in staying true to creating music that they love—not what they think would sell. “We’re not trying to go for what’s popular. You may easily gain fans by emulating the sound of groups like LANY or The 1975, but what if it’s no longer the trend?” Chin said. “You lose your character or identity.”

“We don’t want to base our sound from just a single genre. We listen to all kinds of music, old and new,” added the singer, who finds a common ground, songwriting-wise, with her bandmates, despite their contrasting tastes in music.

Just four years young, CHNDTR got its start by entering—and winning—battle-of-the-band type talent searches. “We joined those contests and played gigs because we wanted to gain more experience and hone our skills,” Chin pointed out. “You won’t get anywhere if you don’t get up and start running.”

Last year, CHNDTR released its debut album “Habang Umuulan” (Tower of Doom Music), which has been getting considerable streams. Its biggest song to date, “Kulang,” has so far amassed over 1.2 million streams, with other songs like “Maw!,” “Martyr” and “Babalik Pa Ba” reaching six figures.

What’s the band’s next goal? “We just want to be heard by more people. If the band’s meant to become big, then it’s meant to be. After all, I used to be just a guitarist. I found myself writing songs only because I got hurt, but now here I am,” she said. “I want to inspire more people, share our stories through our songs.”Martyr,