Taika Waititi talks about ‘Jojo Rabbit,’ which is an awards contender 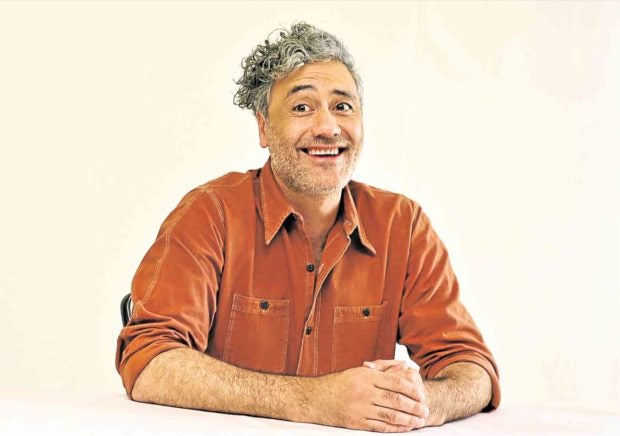 LOS ANGELES—A comedy about a make-believe Hitler in Nazi Germany is a contender in this awards season—no joke about it.

And the director behind the surprise best picture candidate, “Jojo Rabbit,” is the guy behind “Thor: Ragnarok”—Taika Waititi.

The New Zealand filmmaker crafted a brilliant, darkly funny and profoundly sad film about a boy (Roman Griffin Davis in the title role) growing up in Hitler-era Germany who discovers that his mother (Scarlett Johansson) is hiding a Jewish girl (Thomasin McKenzie) in their attic.

Taika himself plays the Fuhrer, the imaginary friend of Jojo, who is an eager member of Hitler Youth—the youth organization of the Nazi Party.

It takes a genius filmmaker to keep a tonal balance with this material. Taika succeeds in striking just the right balance between a dark comedy and grim drama.

Christine Leunens, whose “Caging Skies” Taika adapted his screenplay from, gave free rein to the writer-director to make his own cinematic version of her book.

“The book is a lot darker than the film,” said Taika, ever relaxed and bemused. Usually dapper in a suit, he was casually dressed in a rust-hued shirt with rolled-up sleeves and black jeans. His wild curly hair has turned into a becoming salt-and-pepper mop. “There are a lot of elements of the film that aren’t in the book. There’s no imaginary Hitler friend in the book.

“I guess the level of humor is not in the book either. I was introduced to the book in 2010. My mother was reading it and she was describing the bones of the story which was that there was this young boy in the Hitler era who discovers a girl living in his house, that his mother was hiding there.

“Because the boy had never met a Jew before, for him it was like a monster is living in his house, like a creature he didn’t know what to do about.

“I see other films, and there’s always a mixture of drama, pathos and heartfelt stories, with lightness and humor … in day-to-day life, that’s how we live our lives every day—as a mixture of comedy, drama, tragedy and horror, and you get little elements of that every day.”

“Eventually, they’ll get it,” Taika answered with a laugh when asked about some people not getting the humor of “Jojo Rabbit.”

“I don’t do dramas. I think comedy is a very important tool and a very strong weapon to be used against bigotry and dictators. It was almost 80 years ago this year that Chaplin released ‘The Great Dictator.’ There’s a fine tradition of using comedy to attack bullies and people who promote hate and intolerance.”

On whether he worried that he might turn in a sympathetic portrayal of one of the most evil men in history, Taika replied, “You don’t want to make Nazis sympathetic, but underneath some of these German soldiers like the one Sam Rockwell plays, there are sympathetic characters.”

Otherwise, he had no other worries about playing Hitler. “No … He shares nothing with the original guy other than that mustache and the funny outfit, really.”

But the 44-year-old admitted that there were some uncomfortable moments when he was costumed as Hitler.

“But what was important to me was not to do an authentic portrayal of Hitler because I’m not playing him. I’m playing a 10-year-old who is in a grown-up’s body.”

Taika, who is considered “New Zealand’s national treasure,” stressed the importance of mankind never forgetting our mistakes in the past.

He pointed out, “The Guardian released the results of a survey … which stated that 41 percent of Americans and 66 percent of millennials have never heard of Auschwitz. If you look at statistics like that, it’s shocking and it’s not good enough.

“At the end of the war, a very common thing to say was, we should never forget, so it can never happen again.” 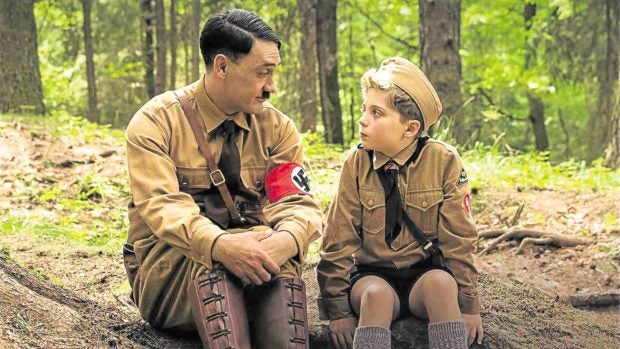 On where his humor comes from—the trait that enabled him to see the goofy pathos in a Nazi fanatic boy having Hitler as a make-believe buddy—Taika explained, “I come from a family whose members are very funny. On my father’s side are indigenous people who are from New Zealand who have been colonized by the British and had been oppressed for many years by those guys.

“On my mother’s side are Russian Jews who escaped the programs in the early 1900s, who eventually found their way to New Zealand. A lot of my humor comes from observing things.”

Taika, whose “Two Cars, One Night” earned an Oscar best short-live action nod in 2005, has implicitly stated that he hopes “Jojo Rabbit” will be a reminder “that we need to educate our kids about tolerance…”

“I feel like there’s a real simple way of changing the world,” he said. “If you are nice and kind, children will see that, and they will copy you.

“I feel that with a film like this, at its heart, it is trying to spread a message of hope, tolerance and acceptance. And encouraging people to bridge gaps.”

“The reason that a lot of the dialogue you’ll notice in the film feels quite contemporary was I wanted the story to feel it could happen now.”

As a Maori Jew growing up in New Zealand, Taika experienced discrimination. “There was always a danger that you hear ideas that get thrown around you as a child. And you just latch onto them and believe them … you always find someone who is less than you.”

As to who is the most Hitler-like among the current world politicians, Taika said, without mentioning US President Trump’s name: “There happens to be a guy at the moment who is running the show. He hates being made fun of. He’ll take time out from running the country to go on Twitter to attack a celebrity, an actor because he’s like, they made fun of me! And he will go tweeting and neglect his actual job.”

“Yeah, me neither,” he quipped when told that his project choices have been unpredictable.

Taika revealed his other directing projects, including “Thor: Love and Thunder,” where he will also voice Korg. “At the end of this year, I’ll go and shoot a new film (‘Next Goal Wins’) with Michael Fassbender, about football, soccer, in the Pacific islands.

“When I look to do films, I don’t want to repeat myself … I look for projects that have that kind of career threat … It makes me work harder, try harder and makes me really push to make something good.

“David Bowie said it best about creativity. He said it’s like walking into the ocean. It feels like you are losing your footing on the ground. You get nervous … Bowie said that’s where you make the best art.”