‘The Man they call Jose Rizal’ feted on his birth centenary 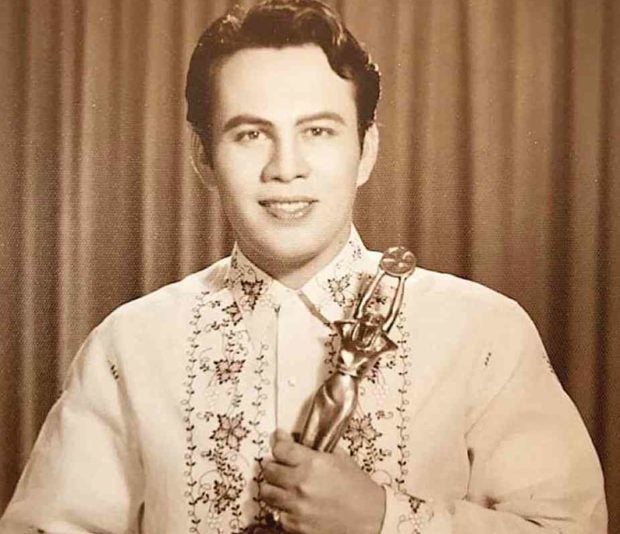 Family and friends of the late actor Eddie del Mar, gathered in an intimate event last Oct. 12 at the Cultural Center of the Philippines to celebrate his birth centenary.

The by-invitation-only gathering also coincided with the launch of Del Mar’s commemorative biography, “The Man they call Jose Rizal,” which gives readers a glimpse of his private life.

Just who is Eddie del Mar?

Eduardo Sangalang Magat in real life, the Pampanga native is known as the very first actor to have essayed the role of Dr. Jose Rizal in the 1956 film, “Buhay at Pag-ibig ni Jose Rizal,” where he acted alongside Anita Linda and National Artist for Theater and Music Atang dela Rama.

Del Mar was already on his third year of medical school at the University of Santo Tomas when he gave up his dream of becoming a doctor to enter the movie biz. Not everyone knows Del Mar but during his heyday, he was one of the big stars in the 1950s along with “Golden Age” greats like Fernando Poe Jr., Rogelio dela Rosa, Pancho Magalona, Luis Gonzales, Dolphy and Eddie Garcia.

His career as a thespian, screenwriter, director and movie producer spanned four decades and his diverse 56-film body of work, mostly under Sampaguita Films and Premiere Productions, is nothing to scoff at.

In 1951, he played the role of Crisostomo Ibarra in “Sisa” and 10 years after, he again essayed the role in the epic screen adaptation of “Noli Me Tangere,” where he traded thespic chops with actor Leopoldo Salcedo, who played Elias.

Both film classics were directed by National Artist for Film Gerardo de Leon.

Del Mar’s penchant for playing Rizal and Crisostomo Ibarra prompted him to play another revolutionary hero, Andres Bonifacio, in the 1964 gem “Ang Supremo,” where he acted opposite screen legend Lolita Rodriguez.

Toward the twilight of his career in the mid-’80s, Del Mar starred in two contemporary classics.

In 1984, he appeared in “Daang Hari,” topbilled by Poe, Garcia and George Estregan. His final film was the 1986 hit, “Tinik Sa Dibdib,” with Nora Aunor, Phillip Salvador and Pilar Pilapil.

Outside his cinematic endeavors, Eddie was an active member of the Knights of Rizal, the National Historical Commission, Board of Censors, Film Academy of the Philippines and the Film Directors’ Guild.

In his memoir, daughter Luz Magat-Mercurio wrote, “Eddie del Mar loved his country so much and spent more than half his lifetime educating others on the value of nationalism.

“He went around the Philippines to provide free viewings of his patriotic films, like ‘Noli Me Tangere’ and ‘Buhay at Pag-ibig ni Dr. Jose Rizal.’”

In line with the celebration of the 100 years of Philippine Cinema, Del Mar’s birth centenary likewise continues with a special screening of “Noli Me Tangere” as part of the QCinema International Film Festival on Oct. 20, 5 p.m at Gateway Cineplex.

There will also be a film screening of the Eddie del Mar tribute on Nov. 8 at Adarna Theater, University of the Philippines Diliman. It will be followed by a symposium, entitled “Film as the Mirror of our People and Culture.”