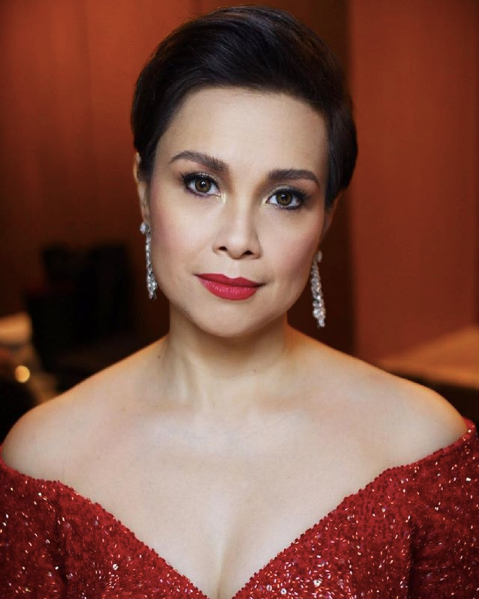 It is no new rule that using phones inside the theater is not allowed, even more so taking pictures or videos of the stage. Despite many warnings of theater ushers and staff, however, some people just seem to not care—and Lea Salonga has had enough.

The Broadway star minced no words as she tore such theater-goers a new one, advising them to “keep your arse at home” if they are not going to follow the rules through a Facebook post on Oct. 14.

If you can’t stay off your phone for a few hours, do us all a favor and don’t come to the theater. Not only are you a…

“If you can’t stay off your phone for a few hours, do us all a favor and don’t come to the theater. Not only are you a distraction to the actors, but you’re also a nuisance to the other patrons sitting around you that actually want to be there. If you’re only going to show off that you can afford it, but don’t actually possess the manners, keep your arse at home,” she said.

“We’ve been trying so hard with the cellphone advisories on social media and in the theater. And even with our own unique take that happens just before the orchestral downbeat. Our ushers are also working hard, telling you twice to put your phone away. TWICE! But you’re just either too dense or entitled to think that it applies to you, it seems,” she added.

Salonga’s rant comes just after Atlantis Theatrical’s musical adaptation of “Sweeney Todd: The Demon Barber of Fleet Street”, which she stars in, premiered on Oct. 11 at The Theater at Solaire. The show will run until Oct. 27.

In another post, Salonga described the rule-breaking theater-goers as “entitled, moronic c***s.”

And still, despite everything, there were folks using their cellphones during Sweeney Todd. I hope the earth opens up and swallows you whole, you entitled, moronic c***s.

“And still, despite everything, there were folks using their cellphones during Sweeney Todd. I hope the earth opens up and swallows you whole, you entitled, moronic c***s,” she ranted.

Salonga’s hatred for such acts is nothing new as the theater legend has previously condemned phone usage inside theaters several times in the past.

In a Facebook post on April 6, Salonga slammed phone users in concerts and theaters, saying that they “have zero manners, zero breeding, zero empathy.”

“If all you’re gonna do while sitting in the front row of a play is hunch over your phone, do everyone a favor and leave. Your presence is disruptive and disrespectful to the actors and the audience. Take your entitled ass somewhere else,” she said.

“Money may get you theater tickets and your state of the art cellphone, but it can’t buy you class,”  Salonga said.

In a column published last March 24 on the Philippine Daily Inquirer, Salonga also condemned the hard-headed people who use phones inside theaters, especially those that keep doing so even after being told not to.

“Have we turned into such entitled savages that we’ve forgotten that live theater is made possible by the actual flesh-and-blood humans onstage whose job it is to tell stories while acting, singing and/or dancing, hoping to impart entertainment, perspective and emotion?” she lamented. “Have we become so self-centered that the rules apply to everyone but ourselves?”

Despite several warnings, however, it seems people cannot stop breaking such a simple rule. There is no telling how many more times these theater-goers need to be schooled, but until everyone complies, they are likely to feel the wrath of the acclaimed actress. NVG

How Lea Salonga continues to hold audiences in perpetual thrall