How Lea Salonga continues to hold audiences in perpetual thrall

The singer-actress is open to a 3-in-1 concert with Sarah Geronimo and Bamboo
By: Rito P. Asilo - Entertainment Editor
Philippine Daily Inquirer / 12:50 AM August 29, 2019 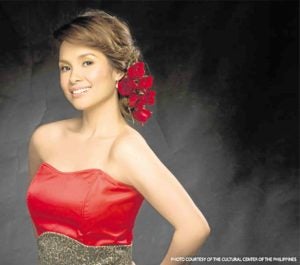 These days, that gorgeous-as-ever vocal instrument, now deeper, more mature and resonating with lived-in wisdom and experience, continues to keep firing on all cylinders.

And that isn’t just us waxing nostalgic about a precious recording we grew up listening to. For instance, in its review of Lea’s recent UK concert tour, The Guardian marveled glowingly at what it calls the Tony-winning singer-actress’ “secret weapon.”

“Unlike an opera soprano’s vibrato, [Lea’s controlled vibrato] retains an intensity and focus that never detracts from the melody,” writer John Lewis noted. “She sings with perfect diction, and ‘acts out’ every lyric she performs.”

But you need not take our word—or Mr. Lewis’—for it. As they say, the proof of the pudding is in the eating, so we’ll simply point you to Lea’s sublime versions of A-ha’s “Take on Me,” The Beatles’ “Blackbird” (from her “Blurred Lines” album”) or the jazzy “Magtanim ay ’Di Biro” (from “Bahaghari”), to name a few.

Yes, those aren’t “just Broadway” ditties, to demonstrate the singer’s range and versatility.

Better yet, you can join the queue and bask in her illustrious musicality when Lea headlines “Perfect Ten,” her two-night stint at Resorts World Manila’s Newport Performing Arts Theater tomorrow and on Saturday, with special guests Michael K. Lee, her former costar in “Miss Saigon” and “Allegiance,” and Tanya Manalang, who also portrayed Kim in a recent restaging of “Miss Saigon” in London.

Other guests include Esang de Torres (“The Voice Kids,” “Les Miserables”) and Nicole Chien (“Matilda the Musical”), with the ABS-CBN Philharmonic Orchestra. The concert is directed by Floy Quintos, with musical direction by Gerard Salonga. (Visit TicketWorld outlets or rwmanila.com for details.)

Unlike a number of veteran singers, whose propensity for “birit” (belting) has since caught up with them, Lea doesn’t really take her innate “gifts” for granted. Through the years, in fact, she has learned to take better care of her voice.

Singers also need to learn how to pace themselves, she says. Moreover, not every song should be belted or treated like a contest piece.

“It can’t be ‘balls to the wall’ for every single song,” the Broadway star and Inquirer Entertainment columnist told us last Monday. “That’s just not sustainable. It hurts!”

Lea is glad the aforementioned guests will be keeping her company in “Perfect Ten.” 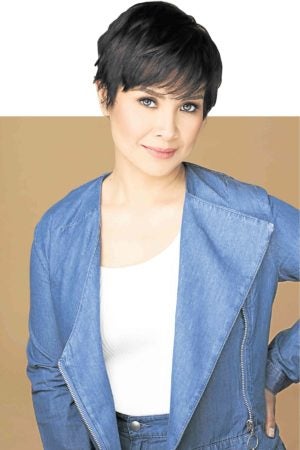 “Fans and music lovers can expect a bunch of folks who enjoy making music together, to have a wonderful time onstage doing what it is we really love,” she said when asked what concertgoers can expect from the two-night gig. “Being able to stand on a stage singing song after song … there’s just so much joy in that. There’s nothing like it!”

Singers who aren’t as experienced or seasoned can pick a tip or two from Lea about preparing for concerts like this.

“Since I just came off a concert tour, my physical stamina is still quite good, so I should be good to go for the two nights at Resorts World,” she said. “However, when I’ve had a hiatus, I need to get some cardio time in to build up my stamina … so I don’t get tired while I’m onstage.

“We also prepare by pacing the concert in a way that certain numbers are also [used as] breaks. It can’t be ‘balls to the wall’ for every single song. Other preparations include reviewing the songs I have not sung in a while. It’s amazing how stuff just exits the brain when it isn’t used enough.”

Aside from “Perfect Ten,” her upcoming concerts abroad and Atlantis’ anticipated adaptation of the “Sweeney Todd” musical, Lea is also kept busy by her judging chores in the latest edition of “The Voice Kids.”

This season, at least, we’ve been enjoying watching Lea’s easy rapport and friendly banter with her fellow judges, Bamboo and Sarah Geronimo. They seem to genuinely like one another—there’s competition, true, but the “strain” isn’t showing.

Can Lea see herself headlining a concert with either Sarah or Bamboo?

“Why not all three of us?” she quipped. “That’ll be three times the fun! And yes, we do genuinely like each other, thank goodness. It makes going to work that much more enjoyable.

“We’ve been together doing this for quite a while now (Sarah missed one season of ‘The Voice Kids,’ to take a break)—and we wouldn’t keep saying yes to this if we didn’t really love what we do.”