Regine Velasquez: When gay fans start idolizing you, then you’re an icon 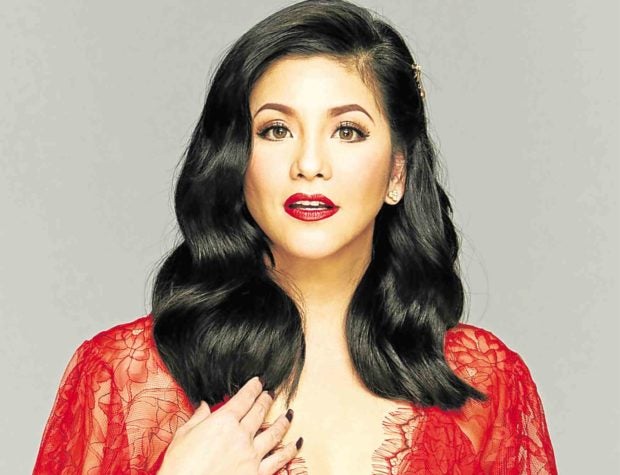 The millions of records she has sold? The number concert venues she has packed? The numerous awards she has won? Her force of nature of a voice that has influenced a younger generation of singers who aspire of following in her footsteps?

Regine’s answer was simple and quite unexpected, but one that does actually make sense.

“When the gay fans start idolizing you, then you’re an icon!” she quipped, drawing laughter at a recent press con for “Iconic,” her two-night concert with Sharon Cuneta on Oct. 18 and 19 at the Araneta Coliseum (call 8911-5555).

Indeed, the clout and impact she has in pop culture has a lot to do with the reverence her fiercely loyal supporters give her—not only by way of patronizing her work, but also by turning her into an indispensable inspiration in the community’s different platforms for creativity, like drag shows or impersonations.

To be honest, being regarded as an icon is still something Regine doesn’t feel comfortable with.

“I don’t want to think about that! I don’t want to entertain the idea because that’s too much pressure,” she told the Inquirer. “But for me, an icon is someone who inspires you and someone you can look up to.”

“The least I could do is to impart my experiences or what I have learned through the years,” the 49-year-old recording artist said. “The cycle has to continue; it shouldn’t stop with our generation … There are so many talented singers out there, and I want them to be discovered.”

But more than raw talent, Regine believes that it’s attitude and work ethic that will help younger artists last longer in the industry.

“That’s what’s going to help you in the long run—discipline, coming on time and being gracious to everyone. Dealing with the show biz press and being polite to them was also part of my training,” she said.

Outside singing, Regine has also gotten into vlogging recently. She admitted that she’s not exactly the most tech-savvy person out there—she doesn’t even know how to subscribe to a YouTube channel—but she enjoys it, she related, because the platform allows her to show her fans a different side of her.

“It’s so much fun because I can just be myself. I don’t have a character to portray. I can just be who I am when I’m not at work,” she pointed out. “I have always thought I had a good sense of humor, but I find it amusing when people tell me that they find me funny. Perhaps being married to a comedian (Ogie Alcasid) also has something to do with that.”

Her first vlog—a peek at her walk-in closet and designer shoe collection, is an instant hit online—more so when she revealed that she would be raffling out a pair once her subscriber count reaches 100,000. Needless to say she got there in no time. “I was shocked!” she said. “I thought it would take at least a month.”

“When I reach 1 million subscribers, maybe I will give away a franchise (of a fast-food chain she endorses),” she jested. “Just kidding! I don’t even have one myself!”

A lot of the comments on her vlog were of amazement for her collection—Louis Vuitton, Gucci, Alexander McQueen, Christian Louboutin, Dolce & Gabbana, etc. Although Regine doesn’t consider herself a shoe addict, her interest in them was fueled in part by her modest upbringing.

“When I was single, I made sure to experience everything. As you know, my family started out poor, so I helped them. And when … [they became] OK, I began to concentrate on myself,” she said. “That’s not a bad thing, right?”