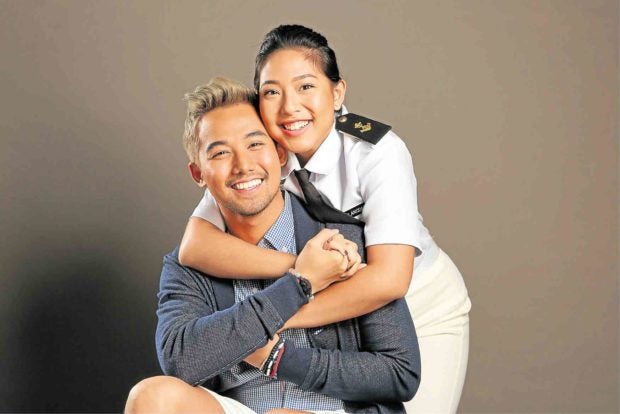 For much of his career, Ken Chan has been known for roles with predicaments that add to their increasing degree of difficulty. “My Special Tatay” and “Destiny Rose” immediately come to mind.

In the former, Ken portrays a young father with mild intellectual disability, while in “Destiny Rose,” he’s cast as a transgender woman bravely navigating a world that is weighed down by intolerance and discrimination.

Trust us, while Ken is good at what he does, it doesn’t hurt that he’s also one of the nicest guys in the biz.

We enjoyed his company the few times we crossed paths with him. From a distance, we could see how hard he tried not to make the people around him feel that he was a star who needed to be ogled at.

Playing the character of Grant Altamirano in the teleserye “One of the Baes,” about seamen, marine students and the people they interact with, isn’t really easier for Ken, but at least it’s a breath of fresh air for the actor who’s been wanting to sink his thespic teeth into something “fun and lighter,” for a change.

“When I was doing ‘My Special Tatay,’ I started missing the light and ‘kilig’ moments of rom-coms,” Ken says. “Good thing ‘One of the Baes’ fell on my lap. We won’t just be showing how it is to be a millennial; we’ll also be channeling the feel-good themes of the stories depicted by the popular love team of the ‘90s, like that of Rico Yan and Claudine Barretto.”

“People say that they feel the Rico-Claudine vibe in our love team,” Rita chimes in. “I think they found it refreshing to see that, in ‘Tatay,’ it was the girl who was the alpha. That’s probably why it clicked with viewers—they got tired of seeing male characters getting their way, while nagpapa-sweet ang babae in the background.”

For her part, Rita Daniela, Ken’s leading lady in “One of the Baes,” is far from the conventional damsel in distress. She may look “suplada,” but she’s an adorable softie inside.

And she’s no slouch at performing, either. She was the first grand champion of “PopStar Kids,” and has also successfully dabbled in musical theater (“Eto Na! Musikal nAPO!”).

But in Ken’s case, he has to keep flexing his acting muscles to look believable in the complex roles assigned to him.

“I learned a lot from ‘Destiny Rose,’ but I was worried I would go about my characterization the wrong way,” he admits. “I didn’t know if people would find me credible in the role of a transwoman. But that whole experience opened my eyes about the difficulties trans people go through in their daily lives. Now, I don’t worry about getting typecast anymore. I see each new challenge as a gamble. It’s an opportunity for me to show viewers my range—what I can and cannot do as an actor.”

And it sure looks like Ken is taking a step in the right direction. He recently went to Thailand to promote “Destiny Rose,” where it’s being shown, while “My Special Tatay” is being telecast in some countries in South America. Not bad for someone who was reportedly snubbed by a an actress from another network!

Rita also enjoys breathing life into her character, Jowa Biglangdapa, because it breaks stereotypes and misconceptions about how women should behave in society and what they should wear.

“Just because a woman isn’t ‘prim and proper’ doesn’t mean she’s loose,” she explains. “Just because you act like a tomboy doesn’t mean you’re a lesbian. I’ve always been treated as one of the boys because I grew up with my male cousins. Also, wearing a short skirt doesn’t make a woman ‘malandi.’”

The series also dangles an alluring conflict between its lead protagonists: Would you choose love over career? Grant prefers love, while Jowalyn prioritizes her career.

If they were asked the same question, what would Ken and Rita choose?

Rita agrees, “It’s love for me, because God is love. If you make Him your priority, everything else will follow.”“One of the Baes” airs weeknights at 9:20 p.m. after “The Gift.” Viewers from across the globe can also catch their favorite Kapuso shows via GMA’s international channels, GMA Pinoy TV, GMA Life TV and GMA News TV International. Visit www.gmapinoytv.com.