Inspirational music a way for Avon to revisit her ‘first love’ 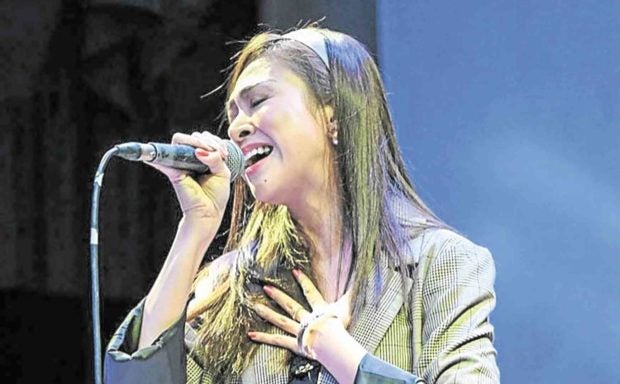 By infusing pop-rock elements into inspirational music, newbie singer Avon Rosales hopes to make the genre more accessible and attractive to young listeners—especially those who are going through a rough patch.

“I have always wanted to record inspirational songs and, at the same time, touch the hearts of millennials. To balance things out, we made our songs more upbeat and fun, but the message is uplifting,” Avon told reporters at Viva Records’ recent “New Music Night” gig, where she launched her new single, “Hawak.”

“Actually, the song was originally a worship song,” pointed out the recording artist, who had also dabbled in acting in the past. She landed supporting roles in the indie movie “Mulat” starring Jake Cuenca and Ryan Eigenmann and in the ABS-CBN drama series “All of Me.”

“It’s just that there were more opportunities in acting when I first started in show biz. But music is my first love. And now I have decided to focus on singing,” she said.

A fan of Lea Salonga, Avon used to lean toward Broadway singing, before transitioning to pop-rock. “Learning new techniques is beneficial. It boosts your abilities and skills; it widens your understanding of music,” she said. “For you to effectively convey your music’s message, you have to understand the genre you’re exploring.”

Does she plan to follow in the footsteps of Jamie Rivera, who’s dubbed as the “Inspirational Diva?” “She’s my peg, but she has her own style; she’s more into ballads. I look up to her,” she said. —ALLAN POLICARPIO