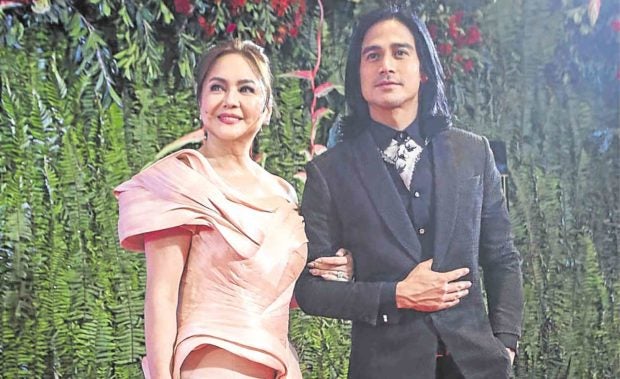 Much of what Piolo Pascual is today, as an actor and producer, can be credited, he said, to the guidance of Charo Santos-Concio, who “always believed in me.”

“I have always been close to her ever since. She’s one of the people who made it happen for me,” he told reporters at a press conference. “Whenever I get a chance to talk to her, she would give some really good advice.”

“She had a hand in my career moves and gave me pointers on what direction to take. She suggests concepts. She’s a big factor in who I am today,” the 42-year-old star said.

Piolo is now a full-fledged producer. He founded Spring Films, the independent production outfit behind such box-office hits as the “Kimmy Dora” franchise and “Kita Kita.”

“During a recent ‘ASAP’ show in San Francisco (California), I told her that she’s the reason I became a producer. I said, ‘From being an actor, I transcended that and became a producer—a successful one at that. So, if you have more tips, I will listen,’” he related.

Piolo said he’s “very open” to doing a film with the veteran actress and ABS-CBN executive in the future.

“Yeah, we have been wanting to work together. We were supposed to do a project, but our schedules wouldn’t match,” he said. “If there’s a concept for us, we will be up for it.” —ALLAN POLICARPIO