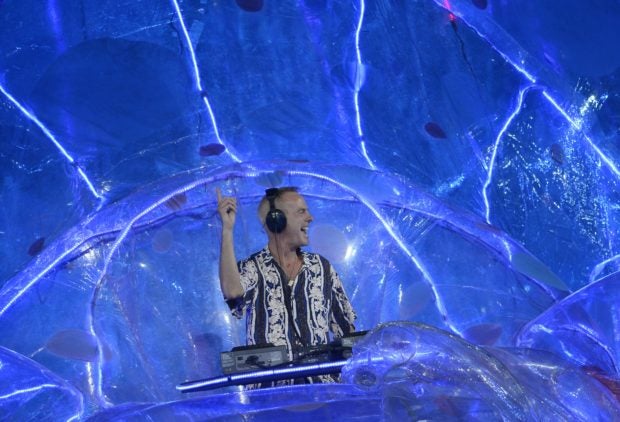 The 56-year-old artist played the mash-up, made by South African electronic artist David Scott, at a show in Gateshead, England last Friday, Oct, 4, with a video clip of the performance recently going viral on social media.

The remix samples Thunberg’s demands for action against climate change in her fiery speech at the U.N. last month to be taken “right here, right now,” using it during each refrain of the song’s title. It also includes other excerpts from the 16-year-old’s speech.

“When Greta spoke to the U.N. and I saw the video and it was quite late at night, and as soon as she said ‘right here, right now,’ the Fatboy Slim song popped into my head and I just knew in that moment I had to create a mash-up,” Scott told Agence France-Presse.

“When Fatboy Slim picked up the video and reposted it, it was a massive shock and a massive honor as well. I’ve always looked up to him as a music producer,” he added.

“If you look at the video as well it ties into the whole story, it’s the story of evolution, how we came from the sea and evolved into humans and now we are at this stage where we consume and consume, and that’s where the video ends, with this big fat kid,” Scott stated.

Hundreds of protesters have blocked central London streets in the United Kingdom this week as part of worldwide events organized by Extinction Rebellion, the climate movement partly inspired by the pigtailed activist. RGA/JB