Chienna Filomeno brushes off claim she edits photos of her body 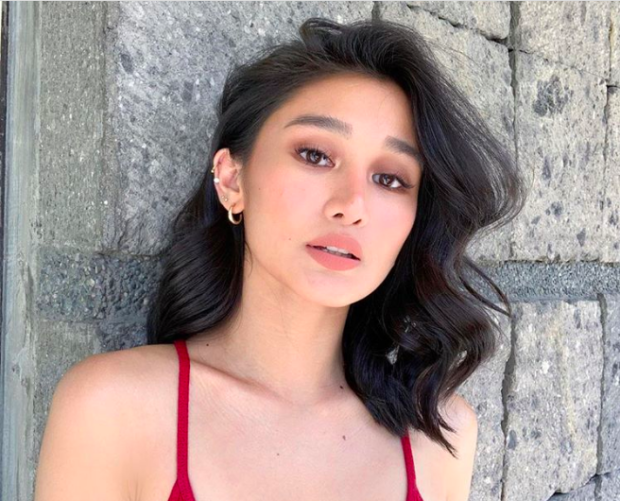 Chienna Filomeno has made it clear that she does not edit her photos to add curves to her body as she addressed a netizen who accused her of doing so.

The netizen’s claim came after the GirlTrends member shared a portion of a dance rehearsal on her Instagram page yesterday, Oct. 8.

Parts of the choreography featured alluring movements that highlighted the actress’ and her fellow dancers’ hips.

All set. Don’t let people stop you from doing what you love most. Do what you need to do to make you happy. EEEH EEEEH EEEEEE MO LANG SILA. Hahaha char! ☺️❤️ with A.Stars

Many of Filomeno’s followers praised the artist’s rehearsal but one netizen, a certain @toby_artadi who later changed his/her username to @anghelforreal, chose to comment on her figure instead.

“Edit pa more ng mga pix mo, as if naman mabalakang ka sa personal!” the commenter said. (Keep editing your pictures, as if you really are curvy in person!)

“Look at those videos of yours, and try to screenshots yourself (sic), fake curves! Edited!”

(If my pictures were edited, I would have done my boobs first, girl. And my background would be sexy as well since it would have been bent.)

“Balakang at pwet na lang meron ako, bigay mo na sa akin ‘yon,” she jested. (I only have hips and a butt, give those to me already.) 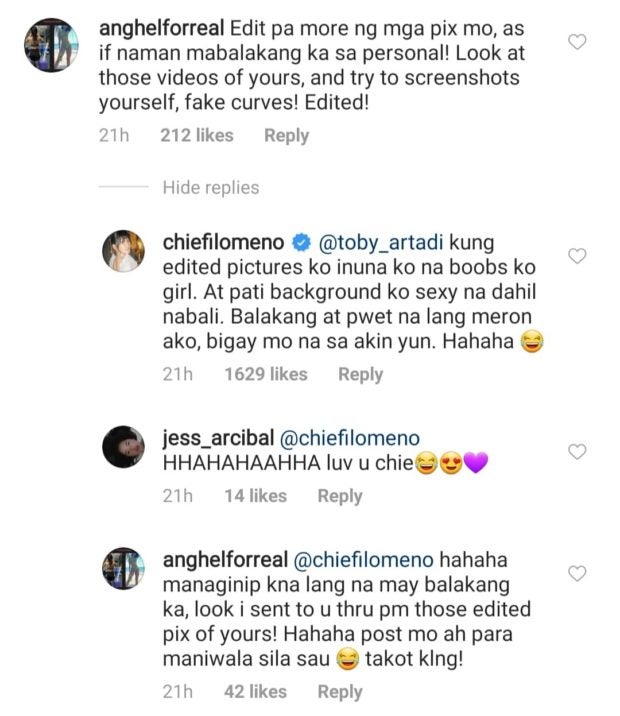 The netizen remained firm in the claim and replied, “Managinip [ka na] lang na may balakang ka (keep dreaming that you have hips), look I sent to [you through] PM those edited pix of yours!”

Filomeno did not respond to the netizen after her initial response.

The Instagram user has since shared two photos of Filomeno side by side; one while she was exercising and one from when she was at the beach. The netizen claimed that the beach photo was edited.

This is not the first time the actress’ body has been the subject of criticism by netizens. She was previously criticized for her skinny figure.

Following the negative remarks about her body, she released a statement last year on body-shaming.

“How sad that there are so many cruel people in this amazing universe,” she had said, “and that some girls are bringing each other down when we should be the [ones] lifting each other up.” NVG

KC Concepcion to body-shaming basher: ‘I am my own fitspiration’