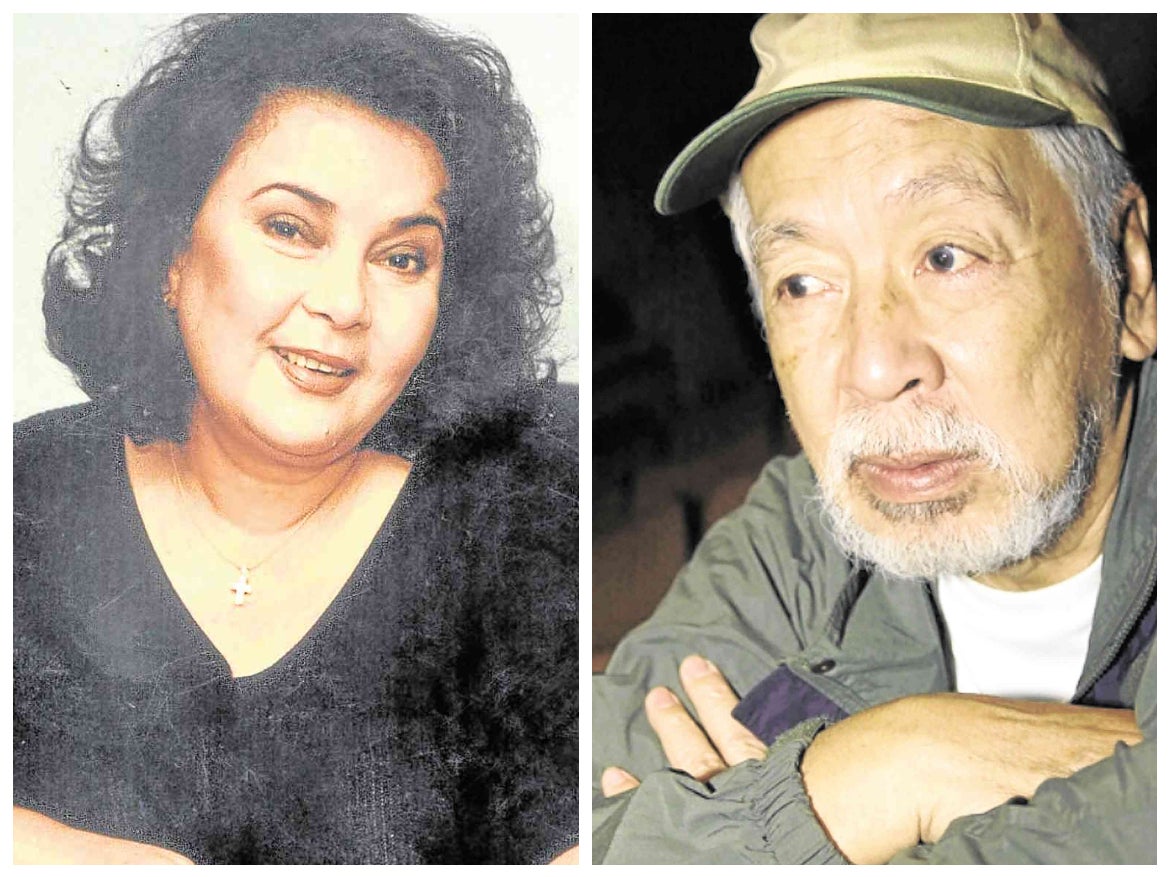 Details of their respective wakes and funeral were yet to be released as of Saturday night.

Fuentes, regarded as one of local show biz’s most iconic actresses and whose career spanned almost 60 years, “took her last breath” Saturday morning at St. Luke’s Medical Center-Global City in Taguig, her nephew and former child actor Niño Muhlach posted on social media. She was 79.

In a radio interview, Muhlach said Fuentes died of multiple organ failure days after she was rushed to the hospital.

She suffered an ischemic stroke while on vacation in South Korea in October 2015, and was bedridden the past four years.

“She was having seizures despite being in an intensive care unit,” Muhlach said of his aunt’s final days.

“She’s now reunited with her [second] husband Joey Stevens, our mother Anna-Lissa (Liezl) Martinez and her ex-husband, our Lolo Bobby aka Romeo Vasquez. We have prayed for nothing but peace for her, and now she can finally rest,” Fuentes’ granddaughter Alyanna Martinez wrote in an Instagram post.

Her looks have been compared to those of Hollywood actress Elizabeth Taylor during the peak of her career at Sampaguita Pictures.

“Nena,” as she was called by friends and family, got her start in the movies when she won the 1956 talent search, “Mr. & Ms. Number One.”

Fuentes, who was last seen in the television series “Huwag Ka Lang Mawawala” in 2013, had some 160 acting credits to her name.

Among her most notable performances were for the movies, “Ibulong Mo Sa Hangin” (1966) and “Pag-ibig Mo, Buhay Ko” (1973), for which she won best actress trophies at the Famas and Metro Manila Film Festival (MMFF), respectively.

Mabesa, 84, has often been described as the “lion of the theater,” for having founded Dulaang UP and the University of the Philippines (UP) Playwrights Theater, staging hundreds of plays and mentoring some of theater’s leading lights, among them Nonie Buencamino, Shamaine Centenera, Irma Adlawan, Eugene Domingo, Frances Makil-Ignacio, Adriana Agcaoili, Banaue Miclat and Neil Ryan Sese.

He leaves behind several generations of theater professionals who learned love for the craft, dedication and excellence at the feet of their beloved “Mababes.”

Mabesa was born in Los Baños, Laguna, in 1935, and started out directing class plays at his high school. After studying agriculture in UP Los Baños, he was mentored by the late national artist for theater Wilfrido Ma. Guerrero.

He also directed and acted in hundreds of plays and movies, including the film “Rainbow’s Sunset,” where he won the MMFF best supporting actor award for playing the lover of the late Eddie Garcia.

In an earlier interview with the Inquirer, Mabesa described the relationship between a teacher/director and student/artist as “a delicate one.”

He added: “Somehow, one’s role as a mentor of a student can be a most rewarding or a most frustrating one.”

On Instagram, actor Ogie Alcasid remembered Mabesa for always being “ready to mentor us, young aspiring actors and stage people,” and being “a pro on the movie set.”

Star Cinema described him as “a legend, a star whose shine will never dim,” while filmmaker Nick Deocampo saw in Mabesa “the alter ego of a film historian watching over the city and its memories of films past.”